The older crowd rules at Body Harmonics Inc., a Toronto business that runs Pilates studios and health clinics out of two locations.

"Approximately 1,200 people walk through our doors each week," says Body Harmonics owner Margot McKinnon, who started her company 19 years ago. "Today, about 75 per cent of them belong to the boomer generation, and we also see people from the so-called 'silent generation,' with some of our oldest clients being in their late 80s."

Given Body Harmonics' reputation for providing specialized programs for older adults, Ms. McKinnon says she expects her business to grow as more people in her target market move past middle age and into their senior years. That's why she's planning to introduce more classes designed around the needs of this demographic group, and she may even open another location.

"We will be expanding to address more specialized populations, specifically older adults," says Ms. McKinnon. "We're looking at several initiatives, including delivering classes online for people who can't physically come in to our studios."

Body Harmonics is one of many businesses in the country that are gearing up to meet the growing demand for products and services that target Canada's retiree and soon-to-be-retired population. The potential is certainly huge; Canadians aged 55 years and older now make up almost one-third of the population, with boomers dominating at 27 per cent.

Retirement-age Canadians are the fastest growing group in the country. Statistics Canada data from the reporting period ending in June of 2015 shows the population growth rate for Canadians aged 65 years and older was four times the growth rate of the total population.

Beyond their strength in numbers, these older Canadians also wield considerable financial clout. A 2016 CIBC report says about 2.5 million Canadians older than 75 boast a total net worth of more than $900-billion – a collective fortune that boomers stand to inherit.

"There's no denying it – there's definitely a shift happening toward embracing this market more," says Carol Wong-Li, a Toronto-based senior lifestyle and leisure analyst at market research firm Mintel Group Ltd., headquartered in London. "Small businesses, in particular, are really well positioned to cater to the older crowd and we're seeing more of them exploring ways to address this market."

The range of business opportunities in the retiree market is vast and varied, says Ms. Wong-Li. As examples of potentially in-demand businesses, she points to vacation rentals and car-sharing services.

"Boomers are very family oriented, so vacation rental services that promote multigenerational experiences will have a strong appeal for this market," says Ms. Wong-Li. "Car-sharing services will also be of great interest to older Canadians, who will increasingly be looking for help with running errands and getting to doctors' appointments."

Businesses that have stayed solely bricks-and-mortar can also tap into this growing consumer market by expanding online, says Ms. Wong-Li. This would make it easier for these companies to continue serving their older customers, she adds.

The retiree market has certainly been fertile ground for Shawn and Shelly Szydlowski, the husband-and-wife owners of Care for a Ride Inc., which drives mostly older patients to appointments in Edmonton and surrounding areas.

Since it was founded eight years ago, Care for a Ride's revenue has grown by 30 to 40 per cent each year, says Mr. Szydlowski, whose drivers provide extra services such as walking clients from their homes to the car, and from the car to their appointments.

"We're doing analysis now of other markets in Alberta," he says. "In particular, we're looking right now at expanding into Calgary while continuing to grow within the Edmonton area."

Mr. Szydlowski says he expects demand for his company's services to intensify in the coming years as more boomers retire. This demographic trend will also help feed the human resource needs of his growing business.

"A lot of our drivers are retirees who want or need to work part-time, so with more people entering retirement age we'll have a larger pool of potential employees," he says. "We're preparing for growth right across the country – as Canada gets older, the demand for our services will increase even more."

Businesses looking to capitalize on this demographic trend should make sure they understand the needs of this latest generation of retirees, says Chuck Nyren, a Seattle-based marketing consultant who specializes in advertising to boomers and the "silver market."

Mr. Nyren notes that, unlike previous generations of retirees who tended to follow similar lifestyle patterns in retirement, boomers are a widely diverse group whose post-work lives will be harder to predict.

"It's harder to predict this market because the boomers are going off in different directions," says Mr. Nyren. "For businesses who want to address this market, my best advice would be: Don't assume that this is a homogeneous group, because this is a generation that's not going to come together to do the same things as the generations before them did."

Ms. Wong-Li agrees. Boomers take pride in their individuality and don't want to be marketed to as an aggregate group, she says.

"The language that businesses use will be very important in marketing to this generation," says Ms. Wong-Li. "They don't want to be made to feel old and they're aware that they're often misunderstood and seen as shallow and selfish, so it's important for businesses to convey that they know boomers are responsible and have worked very hard to get to where they are today."

Businesses should also be mindful of the financial constraints many boomers face today and will likely continue to face in retirement, says Ms. Wong-Li.

"Boomers are retiring with more debt than previous generations and with more responsibilities, as their kids stay home longer and their own parents require more care," she says. "For businesses, this presents various opportunities for products and services that can help boomers manage their finances and reduce their spending without having to cut back too much on their lifestyle."

Self-employed? Get into the habit of putting cash away
March 21, 2017 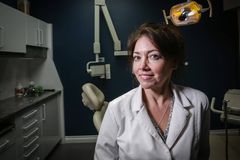 Toronto realtors frustrated by the soaring housing market
March 27, 2017
Small businesses wary of new income-splitting rules in 2017 federal budget
March 22, 2017
Six things small businesses need to know about the 2017 federal budget
March 23, 2017
Follow us on Twitter @globeandmail Opens in a new window
Report an error Editorial code of conduct
Due to technical reasons, we have temporarily removed commenting from our articles. We hope to have this fixed soon. Thank you for your patience. If you are looking to give feedback on our new site, please send it along to feedback@globeandmail.com. If you want to write a letter to the editor, please forward to letters@globeandmail.com.
Comments