For Canada's small and medium enterprises (SMEs) seeking to expand their markets, the world of trade is tricky this year.

Even domestic markets are uneven and iffy. This month's Bank of Canada Business Outlook Survey does not sound enthusiastic.

"Steady, albeit modest, domestic momentum is providing support to firms' sales outlooks. In a number of cases, however, expectations of acceleration merely reflect the view that domestic sales growth will not deteriorate further or will modestly increase over the next 12 months," the bank said.

Its survey is a compilation reflecting the views of senior managers from about 100 companies selected to represent the gross domestic product of Canada's business sector. The federal government considers a small business to have 1 to 99 paid employees and a medium enterprise to have between 100 and 499 paid staff.

Significantly, the sluggish view reflected in the survey comes from questions asked before Britain's upending vote on June 23 to leave the European Union.

While post-vote panic has subsided, there is still trepidation about how Brexit will unfold; Britain's rejection of Europe has more or less cast aside expectations for a well-ordered future based on clear international rules.

In addition to the Brexit, there are now possible delays to a comprehensive Canadian deal with the rest of Europe, the proposed wide-ranging Trans-Pacific Partnership trade deal is in negotiating purgatory and there are loud rumblings of unhappiness with NAFTA coming from the United States in its unusually wild election year.

In this business climate – not terrible, but tepid – Canadian SMEs are expected to invest $111-billion in growth plans this year, according to the Business Development Bank of Canada (BDC). While this may sound impressive, it's roughly the same amount that SMEs invested in 2015.

SME investment is uneven across Canada, the BDC says in its survey Investment Decisions of Canadian Entrepreneurs: An Outlook for 2016. Small business investment is expected to increase by 14 per cent in British Columbia this year but shrink by 27 per cent in Alberta, where the economy is stricken by energy price declines.

In Ontario, SME investment is likely to grow by only 2 per cent, but it's a $44-billion increase, the largest in Canada.

"Confidence in the future is a primary factor influencing the decision to invest," the BDC says.

Most executives surveyed recognize the need to put money and resources into their businesses, but "a lack of confidence in the economy and a lack of qualified personnel will curb the enthusiasm of many of them and lead them to defer their investment projects," the survey concludes.

"For some firms, difficulty in obtaining the financing they need is the true obstacle to investment. This is mainly the case for exporting firms, startups or high-growth companies, or businesses that have investment projects abroad."

In a recent Conference Board study called Canada's New Trade and Technology Paradigm, Ms. Goldfarb and co-author Glen Hodgson argue that it's no longer good enough for Canadian companies to depend on high commodity prices, boosts in manufacturing or even tariff reductions from global free-trade deals that in many cases are coming under fire, unravelling or being rejected outright by trading partners.

"The imperative for Canadian firms to go global has never been more important today," they say.

"Even Canadian companies that sell only at home often face global competition."

The BDC survey finds that SMEs that do plan to invest tend to be stronger than those that do not in objective terms. Three quarters of the funds that smaller businesses in Canada plan to invest come from just 10 per cent of small businesses.

"Of the businesses that belong to this top 10 per cent, we find a much higher-than-average number … that show a better growth outlook, have existed for more than 35 years, have 20 employees or more, export [and] invest outside Canada," the BDC survey says.

"These 'high-impact' businesses are generally larger, grow faster, are more inclined to expand in international markets and invest more in innovation."

In the digital age, there are big opportunities for Canadian SMEs in high-value business services, such as communications, computing and information, intellectual property, financial services, professional management, research and development and technical and scientific services, Ms. Goldfarb and Mr. Hodgson say.

"The rise of services is not about the end of manufacturing. [However], high-value businesses have been linked to product exports that are more competitive, [offer] increased business profitability and higher-paying jobs," they say.

The events that led to the invention of a wireless, waterproof heart monitor
July 28, 2016 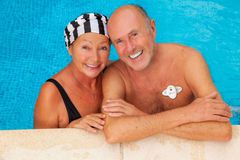 Entrepreneurs: the key thing to do when your business starts making money
July 28, 2016 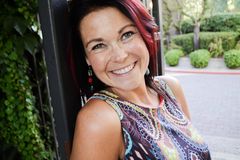