Talk is cheap. Many people have great ideas for startups, but it's those who follow through from idea to market who distinguish themselves from the wantrapreneurs.

We knew that planning a group trip from Ottawa to Silicon Valley was no different in terms of the type execution needed. It took us weeks to prepare, tons of group meetings to sort out housing, travel, venture capital and angel meetings, boardroom space and everything in between. And execute we did.

Although I would never profess to be a holy man, stepping off the plane I couldn't help but feel the need to kiss the ground. We accomplished what we had set out to do. Get to the Valley. The warm air was the first thing I noticed, having come from minus 35-degree weather that morning.

The second thing I noticed was the sheer number of Toyota Priuses, Teslas and offers of an Uber or Lyft ride to anywhere we needed to get to. If we were in any doubt that we were in the right place, the signs adoring the walls of the airport with the smiling mayor of San Francisco Ed Lee welcoming us to the Tech Capital of the world and letting us know. Oh, and free Wi-Fi is available everywhere. The stage was set and even the loss of my suitcase couldn't bring me down.

As I mentioned in my previous article, we left Ottawa with no real expectations. At least not the ones most people expected us to have. Although we planned ahead as mentioned, we wanted to roll with what came at us day by day, planned or unplanned. We're thankful we did because by day three we all felt like we had been there for a week. It was go go go from the first full day onwards in the best possible way.

Our first goal was to figure out if the hype was justified. It is here that expectations began to turn into realizations: My company and I are here to tell you in no uncertain terms "yes" the hype is in fact justified. Our first outing as a group was a dinner hosted by Kirk Denniger of FormVerse. Mr. Denniger splits his time between the Valley and Ottawa and if you didn't know him well you would swear he was a born Canuck as his passion for Canada is unmatched. The dinner he hosted included some of his closest friends who all just happen to be angels, VCs and mega-connectors. From that moment on, we were blown away by the warm welcome that shaped our entire trip.

For the most part, a slide deck is nice to have but we rarely broke it out. The folks in the Valley just get it. They get the vision, the model, how you make revenue and what's needed to make it happen. If you have a solid product, some traction, revenue (no not a million dollars), then you're in business.

First tip: Perfect your elevator pitch more than your slide deck. It's what will get you to the second date in this courtship. This approach landed a few of us second, third, fifth dates and even a couple potential deals from day one.

Second tip: Know your figures, know your valuation. In the previous article I talked about asking for too little, and sure enough it happened to me. My ask was for $1-million in funding, to which the reply was "how about $5-million?" Be prepared to answer understand that it's probably going to take you a lot more money to take you where you want to go. Potential investors know that, make sure you do.

The second realization was the importance of networking to build relationships. There's absolute truth in the idea that strong relationships are one of the most important currencies in the technology industry. Do this before you go, do this while in flight, do this once you get to the Valley and follow up with all of the people you meet. Thanks to folks at StartupGrind Ottawa, the & Play, San Francisco consulate and those of you in our networks back home who came through when we needed you most we had an opportunity to attend so many events where we met some truly amazing people during our trip, many of whom some of you might be surprised by.

Some of us met and briefly had the opportunity to chat with Canadian Stuart Butterfield, the founder of Slack, Travis Kalinick Founder of Uber, Ashwin Navin who's the co-founder of BitTorrent/SambaTV and TechCrunch founder Micheal Arrington. Each person made a point of asking our names and what our startups do. Some took the time to meet face to face again and provide us with feedback, thoughts and advice. Now that's an eco-system that breeds community and encourages relationship building.

From that moment on, we realized networking was different in the Valley. Everyone is straightforward in wanting to help you move forward with any connections they may have.

Folks from the Valley truly have a "How can I help you?" or "What can I do for you?" mentality. Personally, I never sought to raise money before (at least I did not actively go looking, it always just sort of came to us) so this was going to be my first chance to see if I had the pitching chops and could formerly add this hat to my trove of 10 others I wear. We all pitched that night. But not the kind of pitching we are all taught back home and this became more apparent throughout the stay.

The third realization I will share with you is: Everything I write is hearsay. You need to see it for yourself to believe it. The total cost of the trip for each of us to go by pooling our resources and expenses was about $2,000. Was it worth it? There are no words in the English Language or ones that are printable to express enough of a emphatic yes. My maxed out MasterCard reassured me: the experience was "priceless." All four startup founders can say unequivocally this experience has not only changed our companies, but most importantly us as people.

We returned with the understanding that the rules taught back home don't apply in the Disneyland of startups. Most importantly, we feel as though we've returned to Ottawa with a secret knowledge only attained by going there. That said, we've also taken it upon ourselves to share some of the knowledge and experience with our fellow startup community.

We're already planning our next trip back in a few weeks, so drop any one of us a line if you're in the area. We now want to pay it forward by helping you. After all, if we're to get Canada at par with Silicon Valley, it's imperative we create the same culture of "How Can I Help You?" and "What Do You Need From Me?" as it takes a community to build an even greater one.

Now, like anywhere you visit or stay, Silicon Valley is not without its share of pros and cons. Traffic is in fact insane. Prices for housing, food (bootstrap tip: Eat at IKEA $7.99 Rack of ribs, fries and cornbread) and clothing is even more insane. We also quickly learned that top talent is hard to come by and when you find it, expect to pay a ton more for a first year development grad and be ready for them arrive at the interview with their lawyer in tow.

Four startups go to Silicon Valley. These are their expectations
February 18, 2015 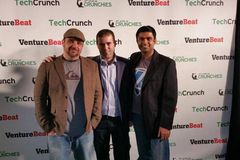 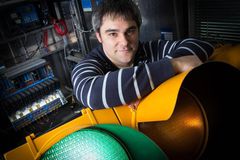 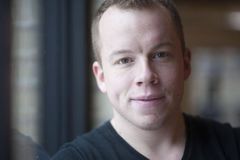 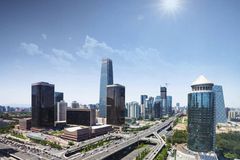