Scott Stirrett is founder and executive director of Venture for Canada, a not-for-profit organization that connects top Canadian university graduates to work at startups.

When you think of startups, Silicon Valley likely comes to mind. The birthplace of Apple, Google and thousands of other technology companies is often presented as the global pinnacle of innovation.

As a consequence of this branding, Canada's respective technology ecosystems are often referred to as "Silicon Valley North." A Google search of the term generates millions of entries, including scores of articles from major news outlets using the phrase.

One does not have to go very far back to find a Canadian publication prominently making the comparison with our American neighbours. As recently as September, 2017, Toronto Life published on their magazine cover that Toronto is "the new Silicon Valley."

There is much to admire about Silicon Valley and there are reasons why the region has spawned so many of the world's leading technology companies. The area is phenomenally successful at spurring innovation and is assessed as the top performing startup ecosystem in the world, according to Startup Genome.

Nevertheless, while I am an avid proponent of building a vibrant knowledge economy in Canada and admire aspects of Silicon Valley, I believe it is problematic for Canadians to attempt to replicate the region's model.

This is because Silicon Valley is the product of unique circumstances and cannot be duplicated. As Dan Breznitz writes in Harvard Business Review, "Silicon Valley grew to prominence after World War II by being the place where entrepreneurs developed new ideas and turned them into mass-produced goods and services." The model has since evolved with Silicon Valley now capitalizing on what Mr. Breznitz describes as being a "global source of innovative ideas," with much of the manufacturing of these innovations being outsourced to other regions.

Global systems of innovation, trade and economic development have changed, meaning what worked for Silicon Valley in the early days will not necessarily work in Canada today. Not only are the circumstances behind Silicon Valley's rise unique, the region is not perfect and should not be blindly held up on a pedestal. For instance, as highlighted by the high-profile scandals at Uber, Silicon Valley has noted diversity and inclusion problems. While there are many broad lessons that can be learned from Silicon Valley, there are also cautionary tales of what to avoid.

Moreover, by attempting to copy another country's model of innovation, we leave ourselves always playing catch-up. As Joe Kaeser, CEO of German multinational Siemens AG told CNBC, "some in Europe take a plane, fly to Silicon Valley, visit and look and come back and say we need to do the same thing. Well you can copy others…but if you always copy others, you never get ahead…so it's got a big downside."

Instead of replicating Silicon Valley, Mr. Kaeser says that "one must understand Silicon Valley not only as a geography but also as a mindset…how do they do it, how do they innovate…what is it and why is that they get up on their feet again if they fail."

Rather than attempt to mirror the valley, we need to understand the region's way of thinking. Continuing the great work of the organizations such as C100, we should engage the significant Canadian expat population to support the acceleration of startups here at home.

In addition to looking at Silicon Valley, we must look globally to countries as diverse as Singapore, Israel and Finland for lessons. No one nation has all the answers on how to become an innovation and technology leader. Studying case studies from around the world is especially important as Canada is a vast nation with distinctive regions. What works in Newfoundland will not necessarily work in British Columbia and vice versa, as each province has its own history, identity and competitive advantages.

One of the most frustrating aspects of referring to ourselves as "Silicon Valley North" is the implication that we are followers of our American neighbours, and that our tech hubs are just Silicon Valley's northern hinterland. In a global competition for investment and talent, we must define ourselves as trailblazers rather than copycats.

Instead of attempting to replicate Silicon Valley, we must forge our own distinctive and tailored strategies to catalyze the knowledge economy.

Canada can be so much more than "Silicon Valley North." 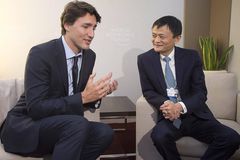 Entrepreneurs bet Canada will be a leader in marijuana technology
Subscriber content
August 14, 2017 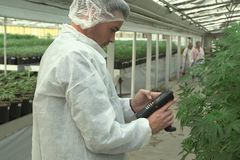