The hype around the 21st-century vinyl revival is starting to sound like a broken record. Music sales revenues have plummeted for more than a decade, but every year since 2011, stories have cropped up about the 30, 50 or sometimes 80 per cent year-over-year growth in vinyl sales.

The spectacular rebirth of the LP, however, has come with unexpected growing pains. New record-pressing machines haven’t been manufactured for decades, forcing new manufacturers to dredge up and refurbish used, creaky presses. And demand far outweighs the industry’s capacity: only a finite number of old presses remain, forcing delays that can stretch six months or longer as labels wait their turn to press records.

A new Canadian firm is coming to the record’s rescue. Backed by $1-million in funding commitments from a Greater Toronto Area investor, Viryl Technologies has designed a modernized, fully automated record press that will hit factory floors later this year. Viryl’s presses have the potential to flood the marketplace and reduce pesky manufacturing holdups. They might not save the whole music industry, but they will certainly satiate the physical record’s growing audience. 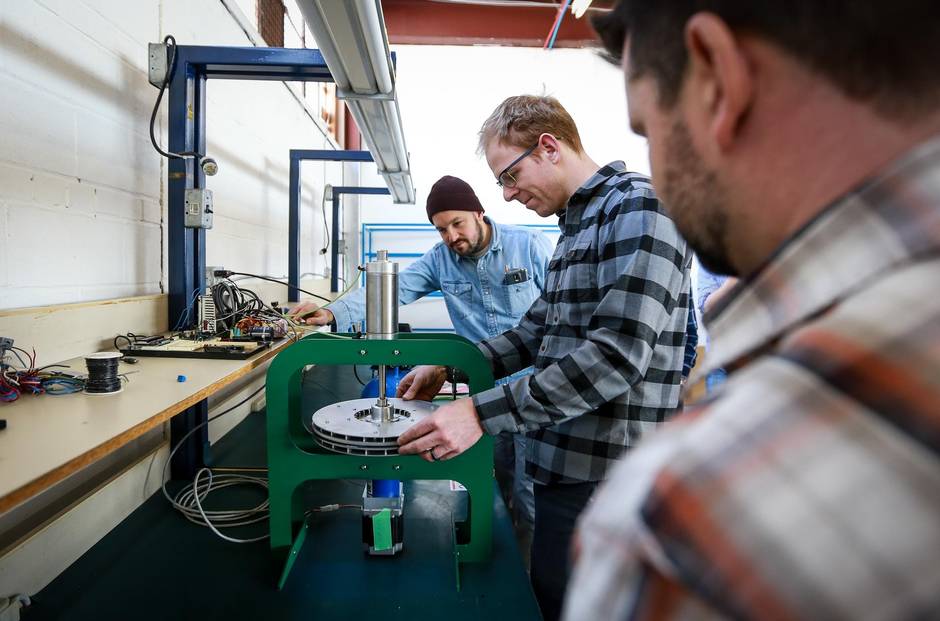 “The idea is to help the industry get rid of its own bottlenecks,” says Chad Brown, Viryl’s chief executive officer, who plans to continually refine the machines to add value beyond just the short term. “We’re in this to stay. We’re not gonna go away after a year.”

His company is not the only one jumping at the chance to make presses. Late last year, Jack White’s Third Man Records announced that it would be opening its own pressing plant in Detroit with brand-new presses from the German company Newbilt Machinery. But company affiliates have said its manual presses are effectively clones of older manual ones.

Viryl, on the other hand, is designing completely modernized, automated and more efficient machines. Its staff nerds out over great engineering as much as music. “We’re going to collect all this dark information that’s never been known in record pressing before,” Mr. Brown says. “Nozzle pressure, temperature, all this data that’s necessary to actually make a perfect record. In the fifties and sixties, they didn’t have this technology.” 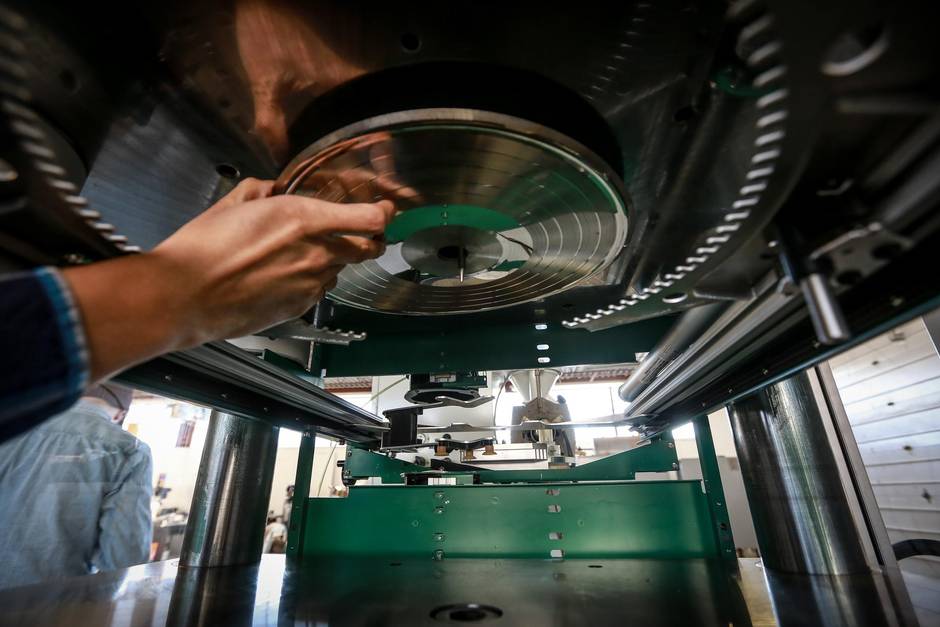 Vinyl records are made by steam-heating and squishing pucks of PVC between “negative” metal moulds. Viryl’s presses are designed such that a worker could run two at once – loading materials, entering settings for colour and weight – while the machine takes care of everything from puck-making to cooling.

The company plans to ship its presses worldwide at a price of about $160,000 (U.S.). Mr. Brown says Viryl has nearly a hundred sales leads; he expects that its first sale, to a Toronto operation he won’t yet name, should close within days.

Canadians bought 517,400 vinyl records in 2015 – a 30-per-cent rise over 2014, and nearly 35 times the number they bought a decade earlier, according to data provided by Nielsen Music. Listening to vinyl is no longer an obscure listener’s game, either. Adele’s 25 was the top-selling LP in Canada last year.

Viryl plans to sell its presses well beyond Canada’s borders. In the United States, according to Nielsen, customers bought 11.9 million LPs last year, more than 10 times the number they bought in 2005.

Canada has one major vinyl pressing plant, Canada Boy Vinyl, which opened last September in Calgary. Before that, there was RIP-V, which ran on Montreal’s South Shore from 2009 until last February.

Rather than add more staff or invest more into its ancient presses, RIP-V’s owners decided to shut it down. Building a modernized record press, former president Philippe Dubuc says, “absolutely makes sense. The old machines are overused, and I’m not sure there are any left anywhere on the planet.

“I’m not convinced that they’re going to make a lot of money, but it was bound to happen. If it presses a good record, it’s definitely a great idea.”

For Mr. Brown, 37, starting Viryl has taken his life full-circle. As a fledgling indie-label owner, he bought Markham’s Acme Pressing with an investment group in 2003, and ran it for four years. He shuttered it in 2007, when it was then Canada’s last remaining pressing plant. Three of his distributors had shut down in the same three months, and he was frustrated with steam from the rickety machines constantly burning his hands and face. 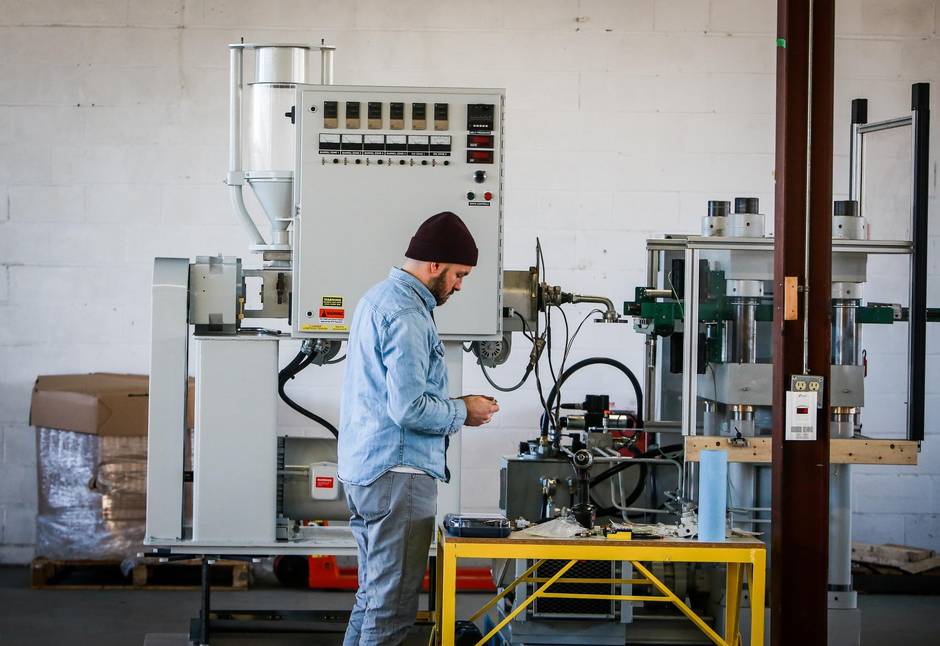 Dylan Laister of Viryl Technologies, works on the vinyl press machine prototype in the company's manufacturing building in Etobicoke

He joined a biomedical startup for a few years. When that company was acquired a year ago, he was given the option to move to Wisconsin or take a buyout; he decided on the latter. When friends suggested that he get back into vinyl pressing, he wouldn’t dare touch one of the decades-old machines. “I had gotten rid of all my records and turntables and I wanted nothing to do with it,” he says. “I was done.”

Then a friend suggested that he could be the solution to Acme’s problems: Why couldn’t they make new presses of their own?

It took some convincing, and some interested investors from New York, for Mr. Brown to take the idea seriously. Those investors disappeared, he says, but by then, he and several engineer friends had become convinced that they could make new presses – not just clones of old ones, but truly modern machines.

Mr. Brown and his colleagues got Mr. Zeuner a turntable for Christmas, and he expects that he is days away from a follow-up gift. He gestures to the prototype: “I’ve sworn that the very first record that’s going to play on my turntable will be one that’s made on that thing.”

The team, including chief operating officer Rob Brown and director of hardware engineering Michael Wybenga, worked from home for months while they bootstrapped the company. Mr. Wybenga and his design team spent endless hours watching record-pressing videos to study and improve on the technology. 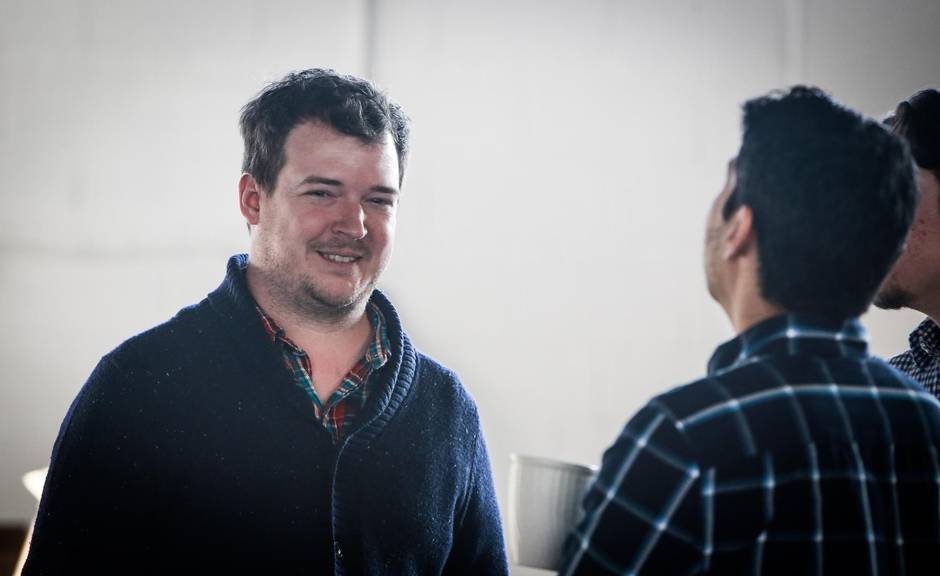 Chad Brown, CEO of Viryl Technologies, talks about his company's vinyl press machine prototype in the manufacturing building in Etobicoke

Everything came together this past December. They not only secured a warehouse in Etobicoke, Ont., to build and tinker, but earned a $1-million investment commitment from manufacturer Alf Zeuner, whose factory in Burlington, Ont., will build the presses.

“I was looking for opportunities with engineers at the helm, and machinery, because that’s what I understand,” says Mr. Zeuner, seated at a table at the Etobicoke workshop. His first half-million in funding started flowing in December. When manufacturing gets into full swing, he says, his factory has the capacity to build two presses a week, destined for plants all over the world.