When entrepreneur David Ciccarelli starts pounding the pavement for new business in New York this week it won’t be in a crumpled suit while dragging a roller bag fresh off a flight from Canada.

The founder and chief executive of voice talent matching service Voices.com is temporarily setting up shop in Times Square, alongside five other Canadian-based technology companies, as part of the Canadian Technology Accelerator (CTA) in New York digital tech program.

These companies will spend the next four months sharing free office space in the Big Apple and getting access to mentors and potential partners and financial resources as they look to expand their footprints south of the border.

“New York City is our No. 1 geographic market … Being able to have somewhere to call home base for that time period is tremendously valuable,” said Mr. Ciccarelli, who started his London-Ont.-based company about 10 years ago with his wife Stephanie.

While the company has grown it into a leading marketplace for voiceovers used by broadcast and advertising companies, Voices.com is looking to broaden its client base and considering taking on investors for the first time to help fund its future expansion. 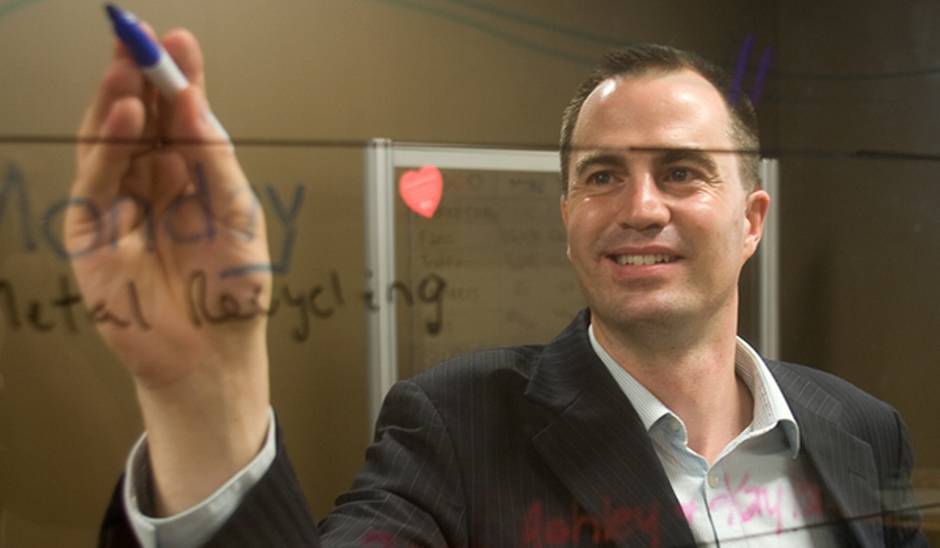 David Ciccarelli is the co-founder of Voices.com, a voice talent matching service based in London, Ont. His company was selected to join the Canadian Technology Accelerator program which takes place in New York City. (Mark Spowart for The Globe and Mail)

“As much as we say that, ‘we’re on the web, we’re global,’ there are still clusters of customers and potential partners in New York,” he said. “This program gives us an opportunity to live, work, eat, breathe and sleep one locale and meet as many customers face-to-face and try to drive those relationships a little further.”

What sets the CTA program apart from other business accelerator programs is its international reach, according to the federal government’s International Trade Minister Ed Fast. His department oversees the program, managed by the Canadian Trade Commissioner Service.

“We wanted to make sure that Canadian startups looking for exposure to the international marketplace had an opportunity to do so under a Canadian umbrella.”
International Trade Minister Ed Fast

Nearly 400 companies have participated in the program since it started in California’s Silicon Valley in 2009. The program has also expanded to 12 locations, nine in the U.S. and one each in London, Paris and India. There are three streams; digital tech, cleantech and health information technology.

Small- and medium-sized businesses can qualify for the program if they have a product or service that’s unique and ready to sell with proven interest from consumers and some potential to grow. Once selected, participants have to set performance goals and report back to the program organizers on their progress. Participating companies pay their own costs, including food, travel, accommodation and other expenses.

“We want to make sure that our startups have skin in the game,” said Mr. Fast.

Toronto-based Tulip Retail, a software platform used internally by retailers, plans to use the upcoming program in New York to get in front of its existing American customers and potentially land new ones.

Toronto-based Tulip Retail, a software platform used internally by retailers, plans to use the upcoming program in New York to get in front of its existing American customers and potentially land new ones.

“This is super interesting to us because we are focused on selling to retailers and New York is a natural fit,” said Marlon Rodrigues, Tulip Retail’s head of marketing.

The location of the space in central New York was also appealing, and will help the company figure out how to set up its own office in the city some day.

“We could fly in for a period of time, but there’s nothing like sitting down in that location and understanding how the world works around it,” said Mr. Rodrigues. “Having a physical space to take meetings in New York, that’s kind of cool. It adds a certain level a stature to your conversation – that you’re not meeting in coffee shops, you’re actually meeting in an office.”

Business that have been through the program say it was good for opening doors and helping with U.S. expansion plans. However, they say it also takes hard work and resources to make it happen.

“You get out of it what you put into it,” said Alex Barrotti, founder and CEO of Toronto-based TouchBistro, which offers an iPad point-of-sale software system for restaurants. “If you go and sit there and don’t do anything you won’t get anything out of it.”

Toronto-based TouchBistro, which offers an iPad point-of-sale software system for restaurants, went through the CTA program in 2012 when it had no U.S. presence.

TouchBistro went through the program in 2012 when it had no U.S. presence. Today, its software is used in about 2,000 restaurants across North America, including 127 in New York.

Mr. Barrotti’s advice to participants is to take advantage of the advice and contacts offered through the CTA program, and then to network and hustle to get in front of the contacts needed to help grow the business.

“It’s an investment for companies to do the program,” said Ethan Song, CEO and co-founder of Montreal-based clothing retailer Frank & Oak, whose company participated in the program in 2012. 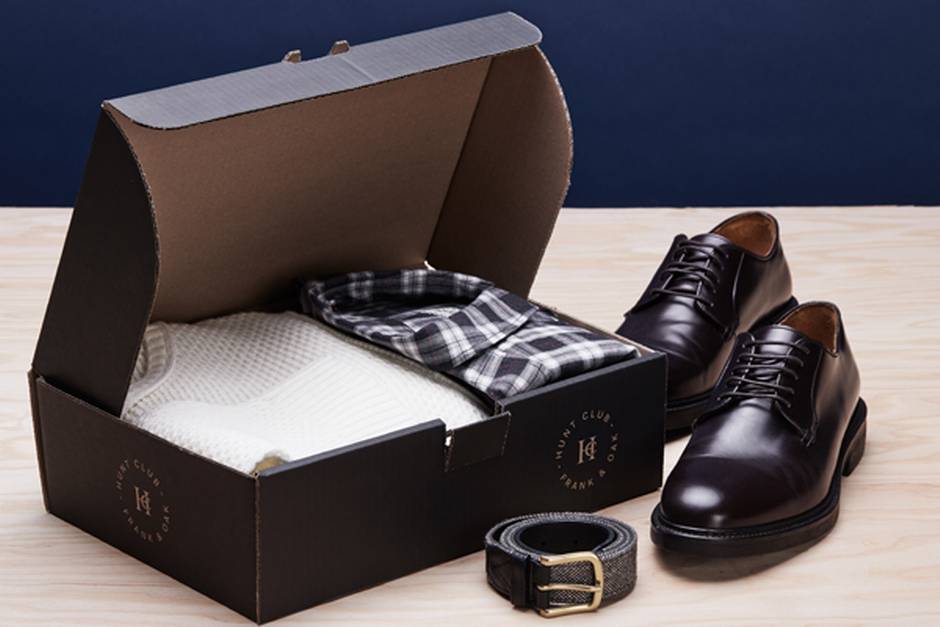 Frank & Oak startup participated in the CTA program in 2012.

“It’s worthwhile if you commit and if it’s necessary for your company. Just like anything, you can’t just expect that if you do the program, something magical will happen.”

Frank & Oak was selling into the U.S. before it participated in the CTA program, but since then it has opened an office in New York’s fashionable Soho neighbourhood, as well as raised millions in funding and expanded its business.

“The program helps introduce you to people, who then introduce you to more people,” said Mr. Song. “It gives you that first little push, then of course you have to go out there and create your own relationships.”