Canada's myriad of government-funded tech incubators, accelerators and other startup-assistance agencies have a bit of a reputation for being competitive, territorial silos. The organizers of a new joint initiative in Silicon Valley are hoping to lay those turf warrior tendencies aside in the interest of a greater goal: collectively helping Canadian tech entrepreneurs build key business connections.

The initiative between organizations in Waterloo, Toronto and San Francisco is called Canada House, and it involves the creation of a new, short-term, co-working space with about 20 to 25 desks in San Francisco available to Canadian startups visiting Silicon Valley. The hope is that Canadian startups will see Canada House as "a landing spot and a bit of a safe zone," said Joanne Fedeyko, executive director of the C100, an organization of Silicon Valley-based Canadian tech entrepreneurs and executives aimed at helping Canadian startups navigate the Bay area.

What's more interesting is the parties involved: From Toronto, innovation hub MaRS Discovery District, and from Waterloo, the Communitech innovation centre and the University of Waterloo's Velocity program. Royal Bank of Canada is sponsoring the initiative – which is starting out as a six-month pilot project – while the C100 will administer the space.

Communitech, MaRs, Velocity and other agencies of their ilk typically work independently and in fact some had been looking to open their separate Silicon Valley offices to foster the startups that come through their program. "It made sense for them and it made sense for us to work together," Ms. Fedeyko said. "We've been encouraging them to do so."

Several senior Canadian tech players have been calling for the development of more sophisticated government policies to help expand the sector. They say domestic companies typically don't have a problem getting early-stage money – which governments are often keen to shower on startups – but do need help developing their businesses beyond startup status into larger, more sustainable global forces. "Personally, I do not think Canada has a starting-up problem, we have a finishing-up problem," OMERS Ventures CEO John Ruffolo said recently.

Some argue that part of the issue is there are too many territorial incubators and accelerators across the country whose narrow regional focus can limit their effectiveness in pushing sustainable startups out the door. Hence the excitement about Canada House. "Within the ecosystem this is the first time everyone [in the incubator and accelerator space] is rowing in the same direction," said a senior source in the Toronto-Waterloo incubator community. "We're not really up against one another, it's us against the world."

Salim Teja, executive vice-president of ventures with MaRS, acknowledged that "historically, the world of incubators and accelerators has been competitive.

"Our individual programs shouldn't be the focus of attention. The focus should be on the entrepreneurs and the success of the companies … It's not helpful when anyone tries to build up silos or takes a less-than collaborative approach."

Although Canada House will only be available for use by companies that have come through the programs of the sponsor organizations, Mr. Teja indicated incubators in other tech hubs such as Vancouver, Ottawa and New Brunswick could be invited to join Canada House should the pilot project develop into a longer-term initiative.

"There is some merit to starting out small, working out kinks," he said. "I imagine we'll expand it to other regional partners over time … We are very open to that."

Startup boom revitalizing urban Kitchener, but not all in favour
January 24, 2016 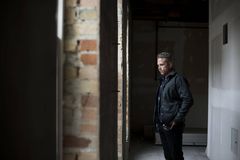 What Israel's startup scene can teach the world
January 21, 2016 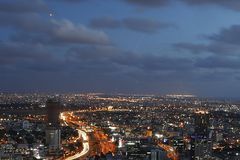 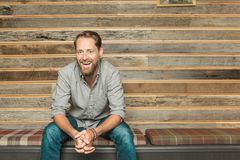