Years ago, when Steve Tam and Eric Kamphof were working at a Toronto bike distributor, they decided to try bringing heavy Dutch city bikes into the Canadian market.

It seemed like a bit of a long shot: Dutch bikes are sturdy and stocky, good for pedalling around a well-designed city to conduct your daily business, but they're not sleek and nimble in the way North Americans seem to prefer.

"Everyone in Europe didn't think this style was going to fly in North America," Mr. Tam says. "The Dutch manufacturer was like, 'we'll give you guys a shot.' We were able to sell through the first shipment before the container even arrived."

The lifelong bicycle enthusiasts kept importing city bikes, learning their ins and outs, until eventually – having landed at Toronto's Fourth Floor Distribution, which specializes in the breed – they decided to try designing their own, made especially for the North American market. The result is Simcoe Bicycles, which look like Dutch bikes, but are engineered for our continent.

What makes a city bike a city bike? They come in many forms, but the key thing, Mr. Tam says, is that they're not built for sport, speed, or fitness, but rather to integrate themselves into their riders' daily routines with a minimum of fuss. "The goal of the city bike is to integrate seamlessly into what your life already is: being able to wear the clothes you want to wear," Mr. Tam says.

City bikes typically let their riders sit in an upright position, their heads up above traffic, with broad handlebars that make them easy to steer. They have basic amenities such as racks and splash-proof fenders and broad rubber-coated pedals that won't dig into the soles of shoes. In many cases, they also have step-through frames – a swooping low crossbar, the kind that North Americans have typically gendered as a "woman's bike," but really just makes it easier to get on the bike without swinging a leg over the frame, whoever's riding it. (Mr. Tam says the company also tried to get away from gendered bike colours – which tend toward either manly blue or some shade of nail-polish – in favour of a more industrial, earthy palette.)

Simcoe Bicycles follow this basic pattern, but they are designed for northeastern climates with the help of an engineer who'd worked with Cervelo, the Toronto bike maker that produces Tour de France-winning carbon-fibre bicycles.

Among other things, a chain-guard keeps the chain away from pant legs and skirts. The bottoms of the front forks are hollowed out to save weight. The three- or seven-speed shifting gears have been moved inside the hub of the rear wheel, where they're protected from the weather. The result is a bike that looks a great deal like its European predecessors, but is more rugged and significantly lighter.

After three years of development, the bike hit retailers this spring – the cheaper of its two lines start at $750. It's facing competition from other startups that are targeting the same marketplace, such as Brooklyn Bicycles, which offers a different take on the Dutch design under a New York brand.

Simcoe, for its part, drew its name from Toronto's founder rather than the city itself – perhaps Canadian in its modesty, perhaps mindful of the realities of marketing to Americans.

"We didn't want anything overly Canadiana. We didn't want someone in L.A. saying, 'Oh, it's the Canadian bike,'" Mr. Tam says. "One of our goals was to make something that was made by Toronto, but built for North America." 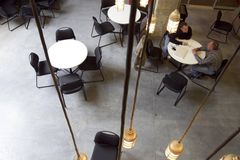 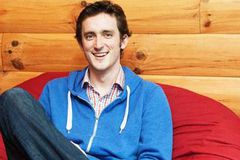 This office has a secret door, Scotch lounge and 'real' Irish pub
August 7, 2014
Crowdfunding ‘is no silver bullet’
August 5, 2014 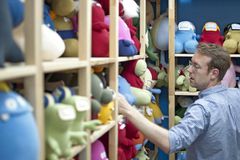 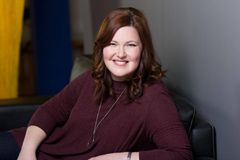