In the competitive industry of fashion, countless new brands are created each month, but only a handful survive the season – and even fewer manage to build a lasting relationship with consumers and achieve long-term profitability.

Two significant challenges in the industry are the cost and effort required to establish a unique brand image, then to defend it against replicas or fakes that can destroy hard-won brand equity. In the apparel industry, consumers are increasingly seeking quality, value and authenticity. But how does a new company achieve these without a massive retail presence and marketing budget?

Dax Wilkinson, founder, president and creative director of Toronto-based National Heritage Brands Inc., has developed a unique strategy to build consumer interest and protect the company's products from copycats. Operating under the Red Canoe label, the apparel and accessories company designs and manufactures products that incorporate well-known Canadian and international companies' logos and trademarks, under licensing agreements with their owners.

Many companies and organizations, even those which may no longer exist, resonate strongly with certain consumer groups. Mr. Wilkinson realized that using these names and logos would appeal to a wide range of consumers who harbour positive associations with the brands. He starts with icons that he feels some connection to, and then tries to "imagine other people that would have the same interest or have been exposed to the same icon, in some way. Ideally, the icon has an appeal that is not simply regional, but is national, continental, or worldwide in its recognition and appeal."

"There are many brands out there that have the same nostalgic impact as one like Harley Davidson, but that no one is doing anything with," Mr. Wilkinson said. "For 14 years, we have been identifying high-equity brands and developing worldwide best-selling products around them."

Mr. Wilkinson learned the apparel industry from a young age by spending time in his family's clothing business in Sudbury and, later, as an entrepreneur developing apparel products for sports such as hockey, basketball and baseball. Also a pilot, he understood the appeal of Canadian aviation culture and saw a market for products designed around logos. And so, Red Canoe was born in 2002.

With just one showroom in Toronto, the company sells wholesale to specialty vendors located in high-traffic tourist areas, or locations where enthusiasts of his product lines or brand are likely to congregate. Aviation buffs, for example, would find products that appeal to them at aviation museums, flight schools and major airport retailers. This approach reduces retailing and marketing costs, while giving Red Canoe access to distribution in locations where a standalone retail store would not be commercially feasible.

Online retail sales through Red Canoe's website are growing, bringing its products to fans of its licensed logos and trademarks from around the world.

In the Canadian market, Red Canoe evokes the spirit and tradition of iconic companies and organizations such as the RCAF, De Havilland, CBC, RCMP, and Canadian Pacific through licensed clothing and accessories.

The logos and graphics used are not always current, but often date from the golden age of that associated product or organization. Those vintage logos can hold particular appeal.

When looking to expand internationally, the United States market was an obvious first step, but Red Canoe needed to adjust its strategy. Mr. Wilkinson understood that, "the RCAF and RCMP aren't going to sell [there] so we developed a U.S. Aviation Heritage Collection," using Boeing, Lockheed and NASA. Red Canoe connected with specialty vendors such as the Smithsonian Air and Space Museum in Washington or the USS Intrepid Sea, Air and Space Museum in New York as a way to break into the American market. If those product lines prove successful, Red Canoe can introduce its complete portfolio using Canadian or other countries' licensed brands.

Having successfully ventured into the U.S. market, Red Canoe has its sights set on the U.K. and is currently developing a collection that includes British aviation icons such as De Havilland Aircraft and the Avro Lancaster, among others.

International sales currently contribute 28 per cent of total annual revenue and the share of those sales is growing.

About 15 per cent of Red Canoe's sales are generated online, and provide a useful indicator of which brands and logos resonate in which markets.

Red Canoe has found a way to differentiate its products from the competition, as well as to connect and create lasting relationships with specialty vendors and specific consumer segments all over the world. In doing so, That model has helped the company open the door to a whole range of opportunities in different international markets.

Melanie Chang Fung is an MBA candidate at the Schulich School of Business and an associate at Schulich's Centre for Global Enterprise. 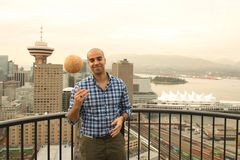 Can a condo development succeed without including parking?
June 30, 2015 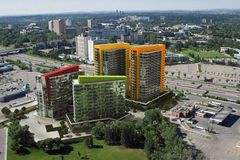 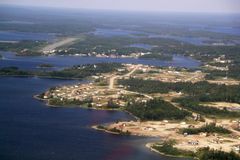