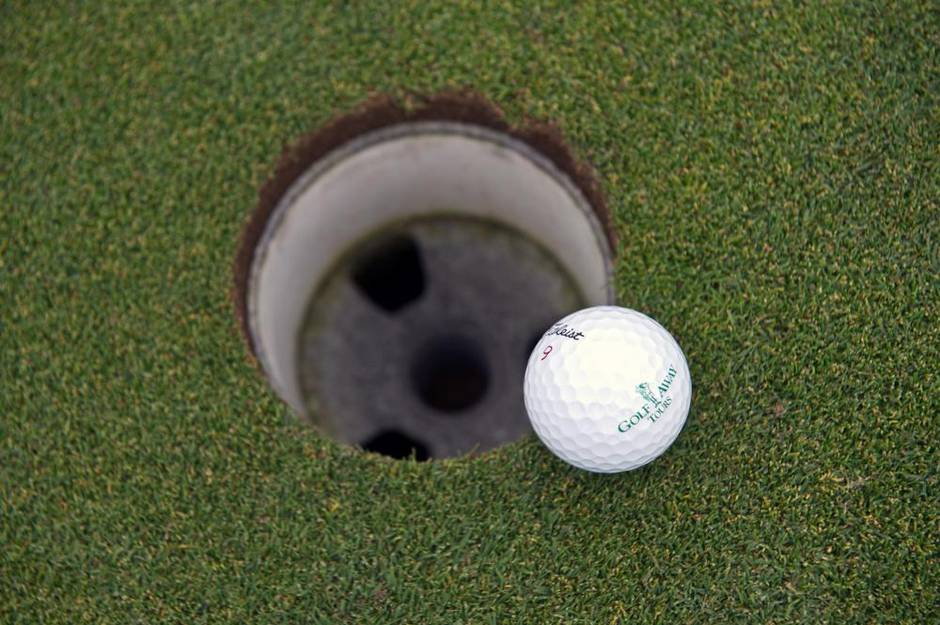 Golf Away Tours is a boutique travel agency that specializes in arranging golf trips. (Galit Rodan for The Globe and Mail)

For Matt MacKay and TJ Rule, golf is life. But since last December, it’s been work, too.

After years of working corporate jobs, Mr. MacKay and Mr. Rule left their office buildings behind in late 2013 to take over Golf Away Tours – a Toronto-based boutique travel agency specializing in golf destinations across Europe, North America and the Caribbean. It’s their first foray into entrepreneurship, and they both say the past year was one of the best they’ve ever had.

Just because they’re working in the golf industry, their passion for the game hasn’t waned.

Like many business owners, their passion helped navigate them through a rough patch at the start of the entrepreneurship journey and past any naysayers.

“People said I was crazy, and with good reason,” says Mr. Rule, 39. “I had a good-paying job with a good boss at a good company. For me to leave and take a chance was a bit crazy in some people’s minds.” 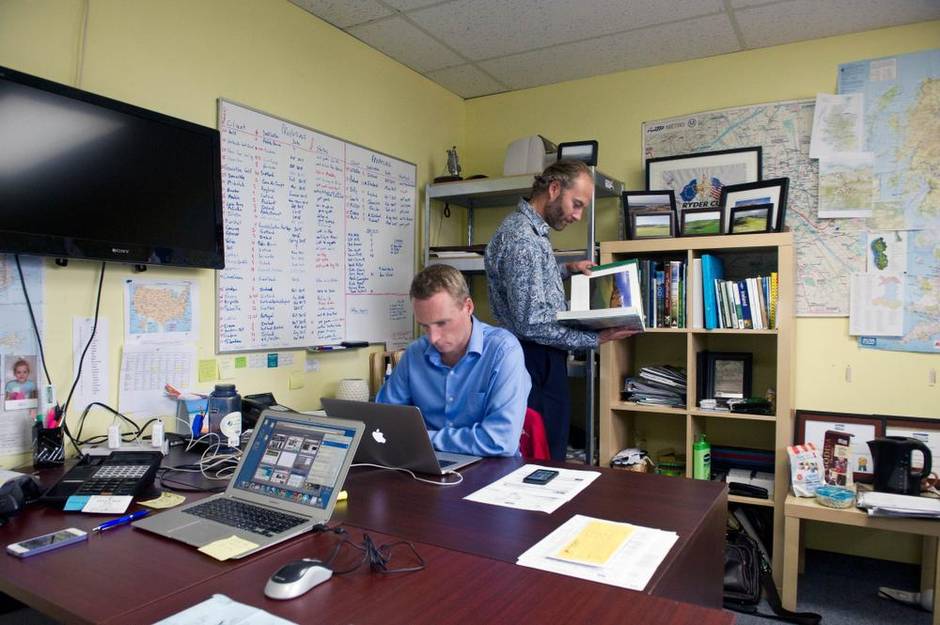 TJ Rule, left, and Matt MacKay took over Golf Away Tours in December of 2013 after working for the previous owner on the side on a contract basis.

Mr. Rule started working immediately after he got his engineering degree at Queen’s University in Kingston. His first job lasted about four years before he moved to R.J. Burnside and Associates, an engineering and environmental consulting firm, in its golf department. After 10 years, Mr. Rule ended up managing its golf division, doing environmental engineering for golf courses (getting approvals for course renovations or new buildings), but his passion was always in travel.

Mr. MacKay and Mr. Rule met at Queen’s and played on the golf team together. While Mr. Rule majored in engineering, Mr. MacKay’s courses were in history and English.

The patio at Scarboro Golf and Country Club in eastern Toronto can just as well be a work place for TJ Ruie, left, and Matt MacKay as their office. (Galit Rodan for The Globe and Mail)

Mr. MacKay parted ways with Golf Canada (formerly the Royal Canadian Golf Association) after nearly 10 years in late 2012. He was the manager of handicaps, rules and amateur competitions but realized it was time to do something on his own. He admits he never performed well working for others.

He started putting together a business plan combining golf and travel, and it kept coming back to a conversation he’d have on the golf course with his long-time friend, Mr. Rule.

“Every time we played casual golf together it [the plan] just kind of came up. I finally e-mailed him and not five minutes later he e-mailed me back to say, ‘I’m in.’”

“Matt and I started talking about this a couple of years ago and looking at opportunities. We finally decided to take the leap,” Mr. Rule explains. “I’m not regretting it, that’s for sure.” 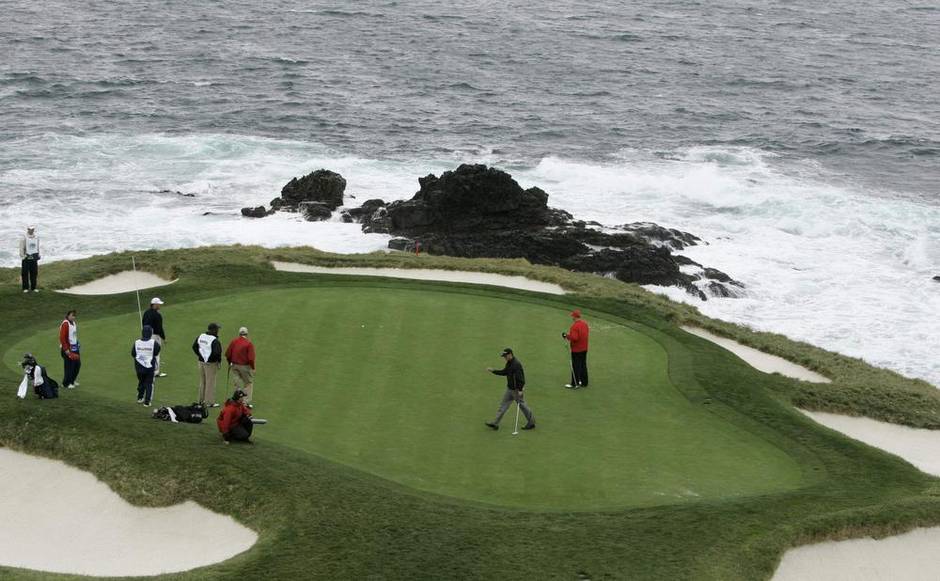 The first trip TJ Rule and Matt MacKay booked for clients was to iconic California course Pebble Beach. They still have a copy of the commission cheque on their office wall. (Marcio Jose Sanchez/The Associated Press)

Timing was everything for the two friends.

The former owner of Golf Away Tours was looking to get out of the business, so Mr. Rule and Mr. MacKay began working for him on a contract basis. “If we drove new business, we paid him a cut of what we did. We got in there and just tried to sell golf trips,” reflects Mr. MacKay.

The first call came from a man looking to take a couples’ trip to the iconic Californian destination, Pebble Beach. He booked, and the men got their first score.

“We still have that first commission cheque photocopied and stapled to the wall in the office,” Mr. MacKay says.

The former owner accelerated his desire to get out of the business and in just a few months drew up paperwork for Mr. MacKay and Mr. Rule to become the company’s new co-owners.

On Dec. 1, 2013, it happened. They invested their own money (they declined to say how much) into Golf Away Tours, and were officially entrepreneurs.

Every time that Trivago commercial comes on, I cringe because I know that’s our competitor. People think they can pull a trip together online.
Matt MacKay

But as is the case with most small businesses, there was much work to be done.

“We had to make things easier for us and our clients, as well,” explains Mr. Rule. “We needed to take the business to the next level.”

Like the game of golf itself, the old Golf Away Tours was having a bit of an identity crisis.

Mr. MacKay laughs when he reflects how the vouchers – on which trip details were documented for clients – had long been completed on a Hewlett-Packard typewriter from the 1970s.

A map of Britain in the Golf Away Tours office has been embellished with the names of great golf courses worthy of any bucket list trip. (Galit Rodan for The Globe and Mail)

“The business went from pencil and paper to digital, from a paper business to an electronic business,” he explains. “Now, we hardly need a printer.”

Golf Away Tours quickly became a 21st-century travel agency with Mr. MacKay and Mr. Rule behind the wheel, but they’re cognizant of the challenges faced by the whole industry.

“Every time that Trivago commercial comes on, I cringe because I know that’s our competitor,” Mr. MacKay says. “People think they can pull a trip together online.”

They’re combatting this by becoming experts in the destinations, something they say a computer can’t tell their customers.

While TJ Rule and Matt MacKay live vicariously through the clients for whom they book trips, on occasion they go along. They're escorting a group to Scotland this fall.

The Dominican Republic is among countries TJ Rule has traveled to for industry conferences and scouting missions to find courses their clients might enjoy. (Teeth of the Dog)

Despite the sample trip itineraries on their website, no one has booked an exact replica yet.

“We’re totally custom,” Mr. MacKay explains. “When we’re booking, we take the attitude that we’re one of the gang going on the trip and we want it to be perfect.”

Despite Mr. Rule travelling to the Dominican Republic, Las Vegas, India, Ireland and soon to Italy (within a three-month span) for conferences and site scoutings, he says making a trip perfect is the part of their job that is most fun.

“We love to do it,” he says. “We live vicariously though our clients that way.” Sometimes, they even join in. They’ve arranged a Scottish trip this fall for members of a private club in Toronto and plan to escort them.

Other than needing to bring the business forward in terms of technology, Golf Away Tours is also hoping to improve its brand recognition.

“I don’t think we had any,” says Mr. MacKay. “Our marketing efforts [are] really what we’re concentrating on now – we’re involved with TSN Radio, for example – and our goal is to have the phone ring more often.”

As Golf Away Tours under Mr. Rule and Mr. MacKay heads into its second year, the co-owners remain focused on building their connections and client base while continuing to modernize the business. They are “modestly profitable” this year, but are projecting to double their revenue for 2015. “It’s up to you as a small business owner to make your own success,” Mr. MacKay says. “If the business does well, you reap the rewards.”

For the two men, it’s still all about the golf, which, to them, is the biggest reward of all.

What's the point of being in the golf business if the work day doesn't end at the 19th hole? (Galit Rodan for The Globe and Mail)