Q: I'm a co-founder of a startup, and my other co-founders are putting in 70-hour weeks. How many hours should I work? I want to succeed, but I'm worried about burnout.

When trying to get your business off the ground, the pressure to succeed by spending long days at the office can feel necessary, especially if your co-founders are putting in 70-hour work weeks. But the idea of burning out is ominous, and can have you wondering if you'll actually make it to see your business take flight. Experts say you should ignore the number of hours you're putting in, and instead focus on what needs to get done.

"I think what happens a lot of times in startups is that we feel like we have to do everything yesterday, instead of deciding what are the priorities and the true road map with milestones that need to be done in an x amount of time," says Rusty Rueff, a career and workplace expert for Glassdoor.

Leaders of an organization also need to realize that they're setting a precedent for their employees. If a founder or chief executive officer is working 60 or more hours a week, then their staff will probably feel they should be putting in the same amount of time at the office.

"You do cast a shadow as a leader," Mr. Rueff says. "If you're a leader that's working ad nauseam hours, that's sacrificing all other things – personal life, physical conditioning, your nutrition, your basic Maslow's hierarchy of needs – to just put hours in on the job. Your team is going to do that as well and you can expect that you're going to end up with burnout on the team, and that's going to hurt you more than it's going to help you."

Mike McDerment, co-founder and CEO of FreshBooks, doesn't count the number of hours he is working, but rather focuses on whether he is being effective with his time. The same goes for his employees at the cloud-based accounting software service. "Are they getting the things expected of them done, and are they excellent on the time frame we're looking for? That's what matters," he says.

Mr. McDerment also makes sure to unplug from work so that he can recharge. He doesn't think about work from Friday at 7 p.m. to Sunday at about 4 p.m. "If I get that period to kind of recharge, it enables me to be available throughout the week," he says. But he recognizes that there are times when he and his team will have to put in more hours to get something done.

Instead of asking how many hours one should work in a week, Mr. Rueff suggests co-founders should ask themselves: "What is the work that needs to be done and how long does it take to get that work completed?" By prioritizing and having the discipline to say "no" to those things that don't need to be completed immediately, he says, an organization's leader will realize that they can get the imperative things done without working 100 hours a week.

"I think what we do a lot of times in startups is we play five-year-old soccer with our work. We see the ball, and everyone runs after the ball. The ball moves and let's run after the ball, instead of stepping back and saying, 'No, the ball needs to move, and these people go here and the other people need to wait till the ball comes back,'" Mr. Rueff says. "There's no need for everyone to rush and sprint after everything." 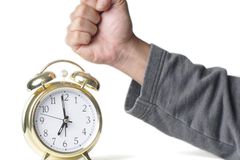 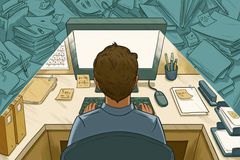 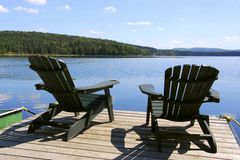