Initiatives to increase the number of women in the notoriously male-dominated startup world are catching on around the world.

There are accelerators – such as the S Factory in Santiago, Chile; Upstart in Memphis, Tenn. and Prosper in St. Louis, Mo. – that give women-led startups mentorship and up to $50,000 (U.S.) in seed investment. Co-working spaces for startups with at least one female founder, such as WMN in Israel, exist too. In Canada, the Waterloo-based Communitech's Fierce Founders programming offers women entrepreneurs hands-on training and funding of up to $30,000 (Canadian).

Then there are the investors and organizations that fund women-led startups, the informal support groups for women and the women-only networking events.

In a sector where just 12 per cent of venture-capital money is invested in women-led startups, it's easy to assume that women would be relieved to finally have access to more opportunities.

But for some, the existence of these special spaces for women drives home a hard truth: that women entrepreneurs can't play on the same field as men; that the only place where women can succeed is on the periphery; and that any mainstream success a woman can have will be deemed pretty good – for a girl.

Lauren Schulte, chief executive officer and founder of the Flex Co., a Los Angeles-based startup making an innovative menstrual product, knew going into investors' often male-only boardrooms that she would be unduly judged. "I have a young voice, I have a young face, I have blond hair," she says.

The other option – going to women-targeted investors and funds – was even less appealing. Her peers had told her it'd be easy to get a cheque by virtue of being a woman. But she feared the long-term stigma associated with accepting money from investors perceived to be less discerning and perhaps more charitable than they ought to be.

This fear is very real, says Sarah Prevette, an entrepreneur, investor and the founder of tech-news site BetaKit and the entrepreneur-education firm, Future Design School. "Whether it's founded in fact or not, there is a concern amongst some entrepreneurs that investment from these types of entities might be perceived as subpar by other investors," she says.

Besides, Ms. Schulte says, "I wanted people to invest in us because we had a phenomenal business, not because I'm a [woman]."

Therein lies the crux of the matter: Do women-targeted initiatives help level the playing field, or do they do a disservice to women by having them play the startup game from the sidelines?

Some would argue, as repeat entrepreneur and SheEO founder Vicki Saunders does, that women don't need an investor, incubator or accelerator to ghettoize them. "They're already ghettoized," she says.

The startup community has failed to become more inclusive through self-policing, but it bristles at the thought of government-imposed quotas. And so women have been faced with a choice: Do we continue to wait and hope for a favourable outcome, or do we do something about it? "Doing something about it" has resulted in women-focused programming like SheEO, developed in some ways as a stop-gap measure for the time when parity remains out of reach.

For her part, entrepreneur Aisha Addo says she would absolutely join a women-focused accelerator if given the opportunity. As a triple threat – young, black and female – she's had a tough time finding support and capital. "There's always a higher ceiling to break down," Ms. Addo says. Having a friendly place and some cash to develop her women-only ride-sharing app, DriveHer, would help, she says. "Sometimes you've got to exclude yourself to get the understanding and experience you need."

But Dr. Sarah Kaplan, professor of strategic management and the director of the Institute for Gender and the Economy at Rotman School of Management, wonders about the long-term value of women-targeted programs.

"Simply saying, 'We really want to include women' is not leading to any better outcomes," says Dr. Kaplan. These women-only spaces, she continues, are good for innovation as well as for helping to familiarize inexperienced female entrepreneurs with the intricacies of the tech-startup juggernaut. "But if we don't then try to fix the whole system, it's not going to matter," she says.

Fixing the system, however, is difficult because it is designed to perpetuate the business status quo. The top Canadian VC firms, for example – Real Ventures, OMERS Ventures, iNovia Capital and Relay Ventures, whose combined investment funds reach nearly $1.5-billion – count a total of just one woman investing partner in their ranks. Further, these firms fund and advise some of Canada's top startup accelerators, which are by extension also fairly homogeneous.

"We need greater diversity amongst the most senior ranks of venture capital and across their portfolios," says Future Design School founder Ms. Prevette. "We can't hide behind the shroud of presumed meritocracy." 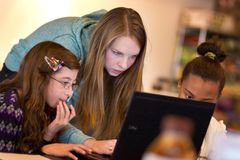