Stilina Anagnostakos, 20, is not waiting to graduate from university to apply the theories she's learning in her economics classes to the real world.

This summer, the soon-to-be-third-year student at the University of Toronto launched her own business called Odd-Jobs in May to connect households the Ontario cities of Aurora and Newmarket with students who can help with tasks like cleaning, lawn care and babysitting. Ms. Anagnostakos is one of a growing number of students who are tapping into summer entrepreneurship programs to launch their own businesses rather than take traditional student summer jobs in the service or recreation industries.

"I have worked in many other places for a lot of other people before starting Odd-Jobs," said Ms. Anagnostakos, who has already expanded to nearby Richmond Hill and Keswick. "I realized that in order to reach my full potential, I shouldn't be working for someone else."

Ms. Anagnostakos received a $3,000 grant from Ontario's Ministry of Economic Development, Employment and Infrastructure's Summer Company program. This year the program received approximately 1,200 applications and expects to accept 850 students. In addition to the grant, the program provides students, aged 15 to 29, with business coaching and mentorship from local business leaders.

It cost Ms. Anagnostakos $6,000 to get Odd-Jobs up and running, but she says she is already a "couple weeks away" from covering those expenses. She currently has a roster of 13 students who are vetted and paid between $12.50 and $16 an hour, depending on the task, and she collects a commission of between 20 to 25 per cent on each gig. She retains earnings within the company while working part time at a boutique and selling anything she can on eBay to cover books, groceries and rent. Her parents pay for tuition and her grandmother contributes to cover her expenses.

There are many youth entrepreneurship programs in Canada, but Summer Company, which launched in 2001, is one of few that focuses on summer-specific entrepreneurial ventures for students. A few similar programs are emerging in other parts of the country. For example, University of New Brunswick's Summer Institute program, which is not exclusive to students, started last year out of the school's engineering department and pays participants minimum wage for 40 hours a week, plus $2,000 in prototyping funding. And this summer four high school students from Prince Edward Island are taking part in Student Biz, a newly launched pilot program run by Central Development Corporation, a rural-focused economic development agency. Participants in these programs can launch businesses that are much more diverse than the classic student painter model: in recent years, they have created a theatre company, farmer's market stalls and an iPhone repair shop.

"These kinds of programs give the students skills that are otherwise very hard to come by in regular summer jobs, starting with the accountability of running a business with real money, as well as all of the various skillsets that are needed in order to make something like that work, from planning, strategy, operation and the sales and marketing side," said Lauren Friese, founder of the online career resource TalentEgg.

Summer entrepreneurship provides a welcome option for students at a time of rising unemployment for the demographic. Student summer employment looks bleak compared with last year, as the unemployment rate for returning students looking for work in the summer has increased to 15.1 per cent, according to the May Labour Force Survey.

Despite the programs' focus on the summer, about 43 per cent of Summer Company-supported businesses operate beyond Labour Day. Since its inception the program has produced 6,000 businesses that lasted beyond the summer, according to the Ministry. In fact, one 2014 Summer Company venture, automotive tech firm Ansik, was recently accepted into the Techstars Mobility accelerator program in Detroit, which is backed by Ford, Honda and other automotive giants.

"This is a learning experience for them and we really hope that they want to carry out their business [beyond the program]," said Gracen Johnson, program director for the Summer Institute. "Last year, everyone was making revenue by the end of the program. I don't think that you can be profitable necessarily in those three months. What we want is to make sure that they're ready to continue with it after, or that they have a much better chance of making it."

Ms. Johnson said the program caters to businesses that wouldn't otherwise be venture-backable, producing items such as Aboriginal fashion wear, furniture and jewellery. "We're helping an underserved type of entrepreneur," she said.

Alexander Matson, 22, and André Aikens, 21, are mechanical engineering students at the University of New Brunswick who are participating in this year's program, which took nine students out of 49 applications representing 61 people. The duo founded Limbic Boards, a maker of specialty handcrafted Longboards.

"We both had great engineering jobs in Germany, but we feel that we would miss something if we didn't go for it," said Mr. Matson, who operates the shop out of his basement in Fredericton. "We were all about handcrafting and supporting local art but the program made us pivot, so we're not so much doing local art anymore. We're trying to make nice-looking minimalist longboards for your everyday balanced-lifestyle person." Each board takes about a week to craft and the business will slow down when school starts.

"We're not exactly sure where it's going to take us," Mr. Matson said. "But we're going to keep going at it for sure."

Despite the skills students can gain, TalentEgg's Ms. Freise warns prospective participants that launching a successful business is far from a sure thing. "There's a trend right now to make entrepreneurship a very sexy thing," she said. "Entrepreneurship as a career choice should be taken as seriously as any other career choice you may make. There's a real investment of time and energy and there's a real possibility of actual failure." 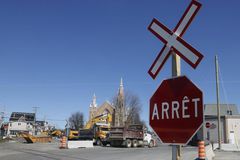