It's hard to recall a Canadian startup that has had as much advance buzz as Pagecloud. The Ottawa software firm is barely a year old and about a month away from launching its first product, yet it has already raised $6-million in seed financing from Canadian and U.S. investors – including Shopify CEO Tobi Lutke – and was a finalist at TechCrunch's Disrupt conference this past spring. The company booked $200,000 in revenues from advance sales in August alone and is in the process of doubling its staff size to 15 people from six months ago. "Their ambitions are definitely grand and their technology is great," said Mr. Lutke. "I think it's going to be a big deal."

Then again, the buzz has a lot to do with the outsized ambition of CEO Craig Fitzpatrick, who declared to the Ottawa Business Journal nine months ago his company could be on "a Shopify trajectory" by the end of 2015. His goal for Pagecloud, he told The Globe and Mail last week, is "to fix the internet…essentially what we're going to do is democratize web publishing." With Pagecloud, designing a website will be as easy as desktop publishing, all drag, drop and save. "We're going to replace WordPress," he said of the industry standard in web publishing.

The 42-year-old veteran of six previous startups – one of which he started himself – was previously employed in a senior role at social marketing analytics firm Source Metrics, a company founded by early Shopify CEO Scott Lake. While at Source Metrics, Mr. Fitzpatrick – who first programmed on a TRS-80 when he was nine – says he became "frustrated how difficult it was for us to build and run a website." Fitzpatrick assumed Apple would improve its imperfect iWeb website development tool and "thought Apple must be secretly working on this in the basement," but instead was surprised when the Silicon Valley giant abandoned the tool four years ago. "I thought, there's a giant leaving the arena, and there's an opportunity." That night, he began to build Pagecloud, tinkering on the program as an evenings-and-weekends hobby.

When Source Metrics wound down last year, Mr. Fitzpatrick was wondering what to do next. He started showing Pagecloud around in late summer 2014 and says he got "tremendous response. People wanted to use it, they wanted to invest and build with it." Within 30 days he'd raised his first $1-million and tapped investors for another $1.2-million early this year, tapping the likes of the Ontario government's Investment Accelerator Fund, Mr. Lutke, and other software entrepreneurs from Ottawa, including Sam Zaid and Fred Belanger. This summer, he raised another $4-million, this time from U.S. investors including early-stage investment firms Accomplice and Singularity Investments. Mr. Fitzpatrick anticipates he'll seek to do his first formal Series A venture financing found next spring.

Meanwhile, the company is adding customers rapidly. After setting an original goal of 500 customers, Mr. Fitzpatrick already has 3,500 who've signed up for the pre-release product at a discount price (he intends to charge $24 a month for small business website users) and says he's set to beat his goal of 6,000 customers by the end of 2016 a full 12 months early. "It's on my to-do list to re-forecast."

So does Pagecloud do everything it says it will? Some in the web design business question whether Mr. Fitzpatrick – who decries the current website publishing business as slow, expensive and frustrating – can help users replicate the sophistication, depth of functionality and design of what they deliver for some clients, complete with a multitude of plugged-in tools from other suppliers like Salesforce.com and Hubspot.

Mr. Fitzpatrick doesn't sound too plussed. He says users will be able to easily drag in other applications and "widgets" from sites like Shopify or Facebook and build apps using the company's page code. Besides, he adds, Pagecloud isn't necessarily for the "1 per cent of people" who build websites full-time using Wordpress or customers who need the services of a web designer to build out their brands, but all the rest, "Realistically we don't worry about" them," he said. "We are focused on all the other people [who] can't do this stuff." At the same time, he's looking to develop a partner program that encourages independent designers and developers to build sites using Pagecloud "so customers get a beautiful site built by a professional" – but are left with the ability to simply make their own tweaks, without having to call back the designers at additional cost. 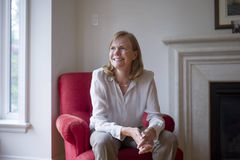 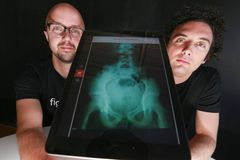 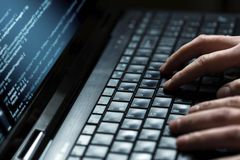