When Karen Aboud retired in 2006 as a senior merchandise and systems manager for Hudson's Bay Co. after a 37-year career, she wasn't quite ready to hang up her passion for retail merchandising.

So within a month of leaving the company, she began to think of how she could turn what she loved and what she knew how to do into a new career.

Her answer: Become a consultant to small and mid-sized businesses in her industry.

"I was very clear that I did not want to go back to a regular job," says Ms. Aboud, founder of Toronto-based K.A.A. Business Solutions. "So starting up my own business consulting to small and medium-sized retailers felt like it was the right thing to do."

Not quite ready to retire is a refrain often heard from those starting up a consulting business – and those who go after small- to medium-sized clients are pitching to a market that is often ignored by bigger players.

But though they may have experience and know-how in their fields, that isn't enough to make it easy to just hang out a shingle, warns Chris Castillo, a professor of small and medium enterprise management at Algonquin College in Ottawa, as well as a management consultant and co-author of Small Business: An Entrepreneur's Plan.

They also have to know how to market themselves, adds the founder and president of Master Entrepreneur International Inc.

"With a lot of these people who strike out on their own as consultants, they have the technical aspect, which I call the left arm, but they are missing the right side, which is the business aspect," he says.

"Even if you have technical expertise, it doesn't mean everyone's going to be knocking on your door to try to buy your service. You have to go out into the marketplace. This requires sales skills, which is scary for a lot of former executives used to sitting in an office all day and being reactive when an order comes in."

That's the predicament that Ms. Aboud found herself in. Though she had relevant experience, a love for retail and a long contact list, she still started with baby steps.

She began by booking 45-minute appointments with retailers to ask for feedback on what they thought she could offer. "I didn't come right out and say I wanted their business."

She provided a free hour of consultation to some, following up with a written summary of her observations about their business. She knew she had the ability "to analyze a business, taking it apart from the inside and trying to figure where to go next with it." But that wasn't enough to generate more than a small trickle of work.

A key turning point came after HBC was purchased and taken private in 2006 by U.S. businessman Jerry Zucker, who decided to allow vendors access to the Bay's computerized inventory and sales system. Ms. Aboud had worked on the system's development while at the Bay.

"All these vendors deal with the Bay or Zellers [owned by HBC]and so something that I was an expert at they all needed," Ms. Aboud says. "I had this little hook of expertise that I could market."

That's what she did after making sure HBC took no issue with her offering to provide training on the system, called BIS. She even took the Bay's own course to make sure the training she could offer was top-notch.

But she knew training was not enough on which to build a successful business. So she took the marketing of her skills to clients up another notch.

"As I was training them on BIS, I was also telling them this is what you should use it for. So I trained them on how to analyze their business, and that's how I basically developed my business."

Now she has a handful of clients, primarily vendors to the Bay and Zellers, who call on her regularly to do monthly and year-end analyses of their sales and to seek her recommendations on how they can further grow.

"My advice to anyone thinking of becoming a consultant is make sure you have lots of experience to back up the fact that you're saying that you can help these people. You've got to have enough so it gives you authority,' she says.

It also helps to identify a gap. Another common theme: Consultants to SMEs may find opportunity in going after business that bigger companies, including the major consulting firms, are leaving on the table, Prof. Castillo says.

"I had a client in Vancouver who worked for a large IT firm but saw that smaller businesses were not being served by his company," Prof. Castillo says. "He also wanted a better work-life balance so he could spend more time with his two children."

Prof. Castillo's client developed a customer relationship management (CRM) software solution for the smaller and medium-sized companies that his former employer was not interested in servicing.

"He based his CRM software on Linux, which is open source and essentially free, reducing the cost he needed to charge his clients. This proved to be a tremendous advantage in the marketplace."

Still, even though he was technically savvy, Prof. Castillo's client lacked the necessary skills to get small and medium-sized businesses interested in his cost-effective software solution. That's why he turned to Prof. Castillo to find out just what he had to do.

"I like to tell my clients that timid sales people have skinny kids," he says. "So in this particular client's case, we needed to tell people about the services he's offering and how different and better they are than what is out there in the marketplace. So I encouraged him to join business associations such as the Chamber of Commerce. I can't stress enough the importance of getting out there and networking and passing out your business card."

"The hardest thing for individuals to suddenly face is the fact that they are the chief and the bottle washer and you don't have any support systems such as financial, marketing or IT people to help you," says Gabriella Zoltan-Johan, senior business consultant at the Centennial College Centre of Entrepreneurship in Toronto. "On one hand you have to diversify and do functions you are not used to while managing your time and competing in the marketplace with bigger companies which have more resources."

So it's important to pick a niche that meshes with your skill sets but also inspires genuine passion, she says.

"The No. 1 engine of successfully becoming a consultant to small business, even though it's much harder to earn a living at first, is that you love what do," she says.

"It's not just what you offer but how you offer it, namely how much energy and enthusiasm that you're projecting towards your prospects and potential clients that help you make the sale. Plus that love for what you're doing helps you get out of bed each day and not be afraid of the challenges." 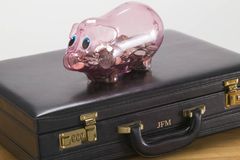 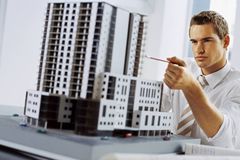 What follows for Twitter's Williams?
April 4, 2011 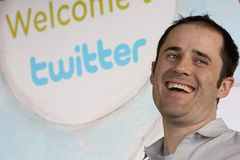