One sign of a healthy startup ecosystem is successful entrepreneurs reinvesting in the next generation of young businesses. As Canadian startups strike it rich, founders are using their personal windfalls to pay it forward to other entrepreneurs.

Of course these entrepreneurs-turned-investors are looking for financial returns, but mentorship and staying in the game – without having to relive the exhausting task of building a company from scratch – are also huge motivators.

We asked six Canadian entrepreneurs why they do it and why they just can’t walk away. 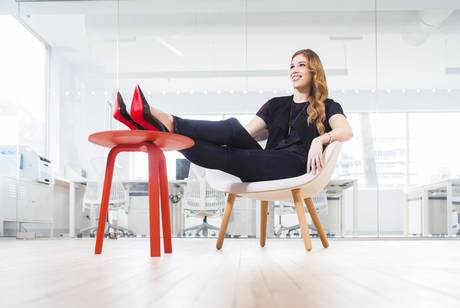 (Photo by Mark Blinch for the Globe and Mail)

After selling her e-commerce platform ShopLocket to PCH International in 2014, entrepreneur Katherine Hague knew she wanted to use her windfall to support other startups. Today, Ms. Hague is an angel investor and founder of Female Funders, a network for female investors.

It was angel investor Heather Payne who helped Ms. Hague launch ShopLocket and today inspires her to invest in other startups now that she has the financial means.

“Angel investing has always had this special place in my heart,” says Ms. Hague. She also has a “soft spot” for female entrepreneurs, in particular after hearing a statistic that only 2.7 per cent of venture-capital-funded companies had a female chief executive officer. “I have a personal interest in changing that number. If I can do my small part by writing a cheque, then that’s something I want to do.”

Some of the companies she has invested in include online marketplace CareGuide Inc., construction project platform Bridgit, online real estate company Zoocasa, e-gaming analytics platform Repable and the hair extension business Locks & Mane. Angel investing has given her the chance to learn about other companies and industries. It also led her to her most recent job as CEO of Locks & Mane.

“For me, it has really turned into this incredible way to survey the landscape and see everything that’s going on and get to know some amazing founders,” says Ms. Hague, who is based in Toronto. To date, she has invested in more than a half dozen startups while making sure not to put too much money in just one company.

“A lot of first-time investors make the mistake of making one investment. They love one company and write a cheque. Statistically that’s a horrible idea because 90 per cent of startups fail,” she says. “If you can’t afford to write lots of cheques, then maybe you shouldn’t get started in this game.” 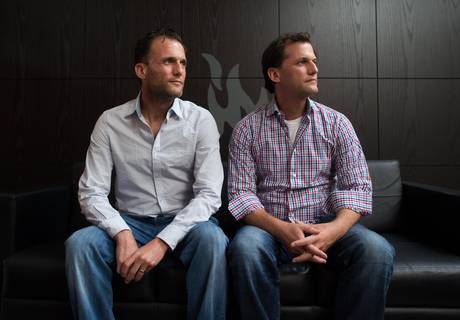 (Photo by Darryl Dyck for The Globe and Mail)

The Bixby brothers’ aim is to make money while supporting startups in sectors where they have experience. But it’s about more than just business, says Jonathan Bixby. They also must like the founders as people.

“I feel like I’ve earned the right to not work with jerks,” says Mr. Bixby, adding that founders and investors can spend a lot of time together. “If I don’t want to go out for coffee with you on a regular basis, I don’t care how good your business is, I’m not investing.”

Mr. Bixby compares the experience to speed dating, but with a lot more money at stake. “Sometimes, you actually know within the first three minutes” whether the partnership will work. 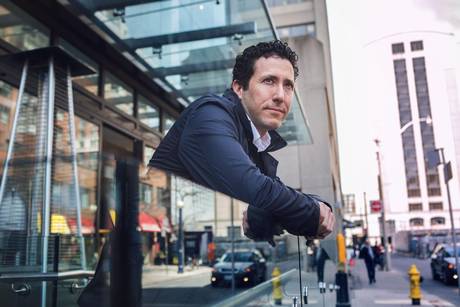 Entrepreneur Daniel Debow started the angel investor part of his career after he sold Rypple, a startup he co-founded and led, to Salesforce in 2012.

His first investment was Mubi, which helps media companies to launch their own streaming platforms. Mr. Debow chose Mubi because he knew and believed in its founder. Toronto-based Mr. Debow has invested in about 50 startups since then, all based on the founders.

“That has been a common theme. I invest because I believe in people,” Mr. Debow says. Other examples include teaBOT, which has developed a robot that brews fresh cups of customized loose-leaf tea in seconds. He also has invested in the construction industry app Bridgit and Thalmic Labs, maker of a gesture-control armband.

“I view it as much about paying forward as I do about classic investing to make money,” Mr. Debow says. “At the end of the day, I hope that, at some point, I’ll make my money back and do even better on it, but I’d be lying if I said the primary motivator was to make money.”

Angel investing is also a whole lot of fun, Mr. Debow says. “I never understood as an entrepreneur how much vicarious joy you can take in the success of others. I can’t tell you how happy it makes me to see these companies, where I was able to give them a little bit of money and encouragement and some connections, now running a business and succeeding. It’s a great feeling.” 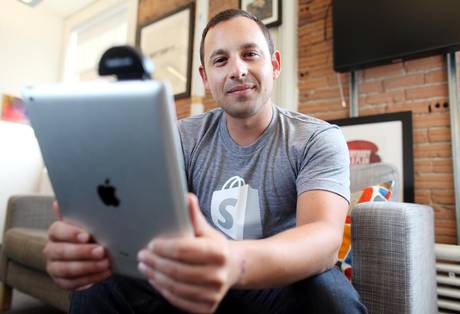 (Photo by Dave Chan for The Globe and Mail)

Harley Finkelstein’s first foray into entrepreneurship was at 13 years old when he wanted to be a disc jockey and nobody would hire him.

Mr. Finkelstein is the first to admit he was “talentless,” but that didn’t stop him. Over the years, he started a successful T-shirt business that helped put him through university. He also failed a few times, with a watch-winding company, slipper business and online nursing uniform operation. The day after he finished law school, which he describes as a “finishing school for me as an entrepreneur,” he began working with Tobias Lutke to launch Ottawa-based e-commerce platform Shopify.

The runaway success of Shopify provided Mr. Finkelstein with the funds to invest in other companies. Today, he’s a mentor and investor in a handful of startups as well as a “dragon” on the hit TV show Dragons’ Den. “I think it’s really important for those of us who have had any success – especially in Canada where there is a smaller entrepreneurial landscape than let’s say our neighbours to the south in the U.S. – to pay it forward.”

Some of his investments include medication delivery company PopRx, online restaurant delivery company Skip the Dishes, and Akira Medical Ltd., which provides on-demand access to health-care professionals. Mr. Finkelstein has invested in about a dozen companies. For him, it’s about doing for other entrepreneurs what early investors did for Shopify before it became so big.

“If I can play a similar role, then I think I should,” Mr. Finkelstein says. “I believe I have a responsibility to help people who either need advice, through mentorship, or more importantly, with a little bit of capital.” 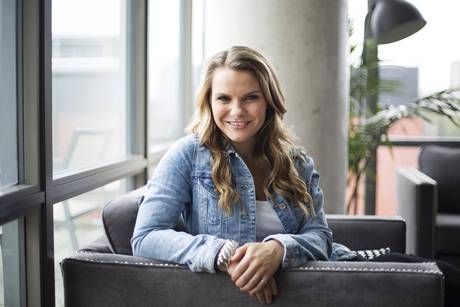 (Photo by Michelle Siu for The Globe and Mail)

Michele Romanow’s first business was the Tea Room, a sustainable café at Queen’s University, a venture she started with two other engineering students that still exists today. Bitten by the entrepreneurship bug, Ms. Romanow went on to co-found a caviar company in New Brunswick, which went well until the 2008 financial crisis hit a few months later.

She tried a few other business ideas until deciding to take a job working in e-commerce strategy at Sears Canada. A year later she co-founded the deals website Buytopia.ca and then later the app SnapSaves, which was bought by Groupon Inc. in 2014.

Today Ms. Romanow is a Toronto-based angel investor and a “dragon” on CBC’s Dragons’ Den and co-founder of Clearbanc, a financial services startup for freelancers. Some of her outside investments include Daily Delivery, an online food delivery platform, robo-adviser Wealthsimple and a couple of e-commerce companies she can’t yet name.

For Ms. Romanow, investing in startups is about contributing to an ecosystem where she not only made a lot of money but also gained invaluable experience. “It’s what I know and where I can be helpful,” she says. “I don’t claim to know everything about the public market, or every financial product, but I think I do know what it takes – because I’ve done it myself – to build a startup and a successful company.”

She looks for companies in a strong, growing market backed by entrepreneurs who persevere. “It’s about choosing an entrepreneur who is not going to give up and figure out, when a lot of things aren’t working, what’s actually working,” Ms. Romanow says. “A lot of times it’s not about the size of the cheque, it’s about giving someone the opportunity to call me when they’re having a really dark day and have me remind them that I’ve felt that way a thousand times myself.” 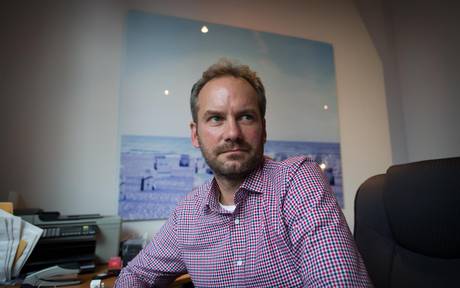 (Photo by Darryl Dyck for The Globe and Mail)

After selling the company he co-founded, AbeBooks, to Amazon in 2008, Boris Wertz began investing in early-stage startups as a full-time job. He lost money at first but gained experience about being on the other side of the startup success story.

Today, he describes investing in startups as “one of the most fun jobs you can have.” He invests both personally as an angel investor, in companies such as the reading and writing platform Wattpad and crowdfunding platform Indiegogo, and through his Vancouver-based venture capital fund Version One Ventures.

He has invested in about 30 companies. He says he chooses companies where he can make money but also offer advice.

“Hopefully, given my entrepreneurial background, I can help them because I’ve been through some of these stages, I’ve made some mistakes and can pass on some advice. For me, it’s a super interesting job to stay close to startups in technology, and turn it into a full-time career as well.”

When looking at where to invest, Mr. Wertz looks closely at the founders. “The ones that quit early have no return and people who pull through can create a valuable company,” Mr. Wertz says.