In its next budget, the Canadian federal government is expected to increase funding for startup incubators and accelerators – organizations that provide resources and advice to help young companies grow. Yet the head of an organization that represents startup accelerators and incubators says there's already too much government money going to programs that support tech startups.

"It's time to really take stock of how much funding has been put into supporting entrepreneurs in Canada and really measure it against the outcomes that we should have been able to show by now," says Sunil Sharma, the chair of the board of the Canadian Acceleration and Business Incubation Association, which represents 13 organizations across the country.

Mr. Sharma, who is also a managing partner at Extreme Venture Partners, a venture capital firm in Toronto, says he worries that incubators and innovation hubs are too focused on overhead – paying to provide startups with office space and mentorship, something that the private sector could do without government help.

Private investors "may feel that this work is being done for them and that their involvement isn't as needed," says Mr. Sharma, who is also a co-director of the Toronto chapter of the Founder Institute, a private idea-stage accelerator program. "I think a lot of people believe that the box has been ticked."

But Salim Teja, the executive vice-president for Ventures at Toronto's MaRS Development District, Canada's largest innovation hub, says the scale of MaRS itself shows how important government support is.

"It would have been hard to fund something like this purely from the private sector, so I think the government has been a really great partner to get it going," he says.

MaRS is home to the offices of around a dozen venture capital firms and the Canadian headquarters of Facebook and PayPal, evidence, Mr. Teja says, that government-supported programs are partnering with the private sector – rather than crowding it out.

But it's hard to tell what impact startup support programs are having as each one tracks success differently.

Most organizations track the number of jobs created by startups that have gone through their programs, as well as investment dollars raised, but how they do it can vary dramatically.

Some, like the DMZ, an incubator at Ryerson University, track a much broader range of metrics, including conversion rates and customer churn.

InnoCité, a startup accelerator in Montreal that is supported in part by the municipal government, also tracks public funding that its startups receive.

Others take a more limited look.

The University of Toronto's Creative Destruction Lab accelerator only tracks the value of companies that have gone through its programs – looking at valuations when they raise money from investors or go through a liquidity event, like an acquisition or an initial public offering.

Programs also vary in their approach to updating job-creation numbers if a "graduate" lays people off or goes out of business.

Compounding the measurement problem is the fact that many startups go through multiple programs.

At Concordia University's District 3 Innovation Centre, for example, around 30 per cent of startups entering its programs have previously gone through another accelerator or incubator, or been part of an innovation hub. At the DMZ that number is around 70 per cent.

That means inadvertent double-counting is an issue, says Raymond Luk, the co-founder and CEO of Hockeystick, a Toronto-based company that gathers data on privately-held companies.

"I don't think it's on purpose. It's an administrative nightmare to actually collect this data," he says. "Companies change names, they move, maybe the first accelerator doesn't even know they went to a second accelerator."

Mr. Luk says around half of Hockeystick's business comes from programs that support startups. His company has also worked with several federal departments and Crown corporations, such as the BDC.

The federal government says it's now working to develop a common approach to measure the success of these programs.

Discussions between the government and representatives from incubators and accelerators around a "national performance measurement framework" began in the fall, Hans Parmar, a spokesperson for the Department of Innovation, Science and Economic Development, wrote in an e-mail. "If accelerators and incubators are successful in selecting and nurturing business ideas, incubated firms should generally have higher survival rates, grow revenues faster, employ more people and attract more capital than non-incubated firms."

MaRS has also begun tracking standardized metrics for startups that go through programs affiliated with the Ontario Network of Entrepreneurs, an initiative created by Ontario's provincial government.

Mr. Sharma says he believes this wide network of government-supported programs has led to a lack of what he calls "authentic tech accelerators" – intensive, time-limited, programs that take an equity stake in participating companies.

Programs like that are more common in the United States, he says, but rare in Canada.

"Without that pressure environment and the quid-pro-quo of investment dollars and the responsibility that these founders have to their investors, I do worry that we are more likely to create a high number of lifestyle-type companies, where the sense of urgency isn't there," Mr. Sharma says.

Some startups, though, say it takes time to get things right.

Alexandre Laberge, the CEO and co-founder of Fleexer, a skills-based social network intended to connect people with projects, says it can take years for a startup to build a good team and find product-market fit.

"Everyone wants to go fast," Mr. Laberge says, "but you need to learn about the market."

His company has gone through two 12-week accelerator programs at different Montreal universities since it was founded in 2013.

Kitchener-based Thalamic Labs, which makes an armband that allows users to control electronic devices with gestures, went through three programs – two at Canadian universities and one in Silicon Valley.

Stephen Lake, the company's CEO, says each one helped his company with different challenges at different stages of its growth.

"Traditionally the government's approach, and this is true of most governments, is to sort of spread the peanut butter around," he says.

He says this approach – putting money into a wide variety of programs and sectors across the country – doesn't work.

"What happens when you do that is you don't get enough scale anywhere to really have a major impact," he says. "So I think we have to pick the couple areas where we can be world class at, both geographically and in terms of sectors, and really double-down on putting significant resources into making those great."

One thing he doesn't see a need for, though, is more programs.

"I think there's so many incubator programs already, not just here in Canada, but across the world," he says. 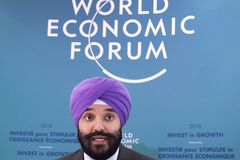 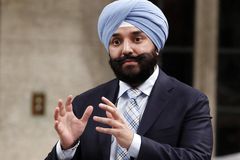 LCBO launches innovation hub in Kitchener to explore new technology
November 14, 2016
Follow us on Twitter @globeandmail Opens in a new window
Report an error Editorial code of conduct
Due to technical reasons, we have temporarily removed commenting from our articles. We hope to have this fixed soon. Thank you for your patience. If you are looking to give feedback on our new site, please send it along to feedback@globeandmail.com. If you want to write a letter to the editor, please forward to letters@globeandmail.com.
Comments