Frank Provenzano scored his first job in hockey on a cold call.

As he was finishing his MBA at Simon Fraser University, and not interested in a job at a bank, the former teen hockey player called the Canucks – and was patched through to the team's general manager.

Almost two decades in the game followed, most of it as an assistant general manager for the Dallas Stars and the Washington Capitals. But with the 2012-13 season coming to an end, he was out of work, the typical fate of most hockey executives at one or more points during a career.

Mr. Provenzano, in his mid-40s, didn't do the typical thing: try to work toward another of the few management jobs available in the 30-team NHL. He chose instead to pursue a second life.

The decision led him to found his own technology startup, Fanseye Sports Inc., a mobile app that was launched this fall for the National Football League season. Fanseye puts fans in the role of general manager, to talk sports with each other and rate players, as well as rate the savvy of other users.

"I saw a demand for people to be part of the conversation," said Mr. Provenzano, 47, based in Dallas and originally from Sault Ste. Marie, Ont.

The world of apps offers the alluring promise of building a hit with a fairly minimal investment – but like music or acting or sports, there are far more aspirants than successes. This is Fanseye's rookie season, one when Mr. Provenzano and his small team are honing their product.

One hoped-for advantage is the experience of the team, from Mr. Provenzano's experience in hockey to his marketing chief, Megan Considine, a digital veteran of the New York Times who helped launch the paper's online paywall and other products. An early Fanseye backer is John Vidalin, a veteran sports sales executive who is originally from Edmonton and is chief revenue officer for basketball's Miami Heat.

Mr. Gaglardi, a Vancouver-based billionaire who runs the hotel, food, and development company Northland Properties, bought the Stars in 2011, when the team was in bankruptcy. Mr. Provenzano had been with the Stars since 2006, focusing on player acquisitions, advanced analysis and contracts, but when Mr. Gaglardi changed general managers in 2013, and Mr. Provenzano's contract was up, they parted ways.

"I'm not surprised," said Mr. Gaglardi of Mr. Provenzano's pivot into the app world. "He knows his stuff."

Fanseye, starting with the NFL, plans to expand to other sports, and has garnered a small initial base of active users, several thousand.

For the next step in financing, Mr. Provenzano is working on an initial seed round of $750,000 (U.S.), with one-third raised so far.

It can take upward of a year for a product like Fanseye to catch on, estimated Ms. Considine.

The immediate challenge, she said, is "getting people to understand what it's about and getting them excited about it. When they do, it clicks." The potential of the sports business attracted her. "Sports is a place where people spend money."

Each step for Mr. Provenzano is a new one. Ahead of the launch of Fanseye, there were mistakes, including one idea that faltered quickly and an earlier version of Fanseye that was scrapped. The current app looks good and works well but was made with a tiny budget and outsourced.

"You have to be nimble," said Mr. Provenzano. "Get your feedback and make a decision. You can't afford to keep going down the wrong path."

In hockey, Mr. Provenzano nearly had a taste of the Stanley Cup. The Washington Capitals made the final in 1998 but lost. But he eventually felt he had to get beyond the cold game. Mr. Provenzano is a little zanier than the average NHL executive. Mr. Gaglardi cited his "wicked sense of humour" and uncanny impersonations.

"The NHL culture – and I don't want to come off as sour grapes – is very conservative," said Mr. Provenzano. "It's just not a culture that embraces change."

Hockey provided useful connections, though. His role with the Stars brought him some work lecturing in sports management at Southern Methodist University in Dallas. As Mr. Provenzano started Fanseye, he connected with the school, which turned the launch into course material – and made similar connections with the University of Michigan and Ohio State University. The students studied – and became early users.

Mr. Provenzano likened his effort to a climb of Mount Kilimanjaro, one he undertook about a decade ago, shortly before his wedding. He was up and down the mountain in five days, the minimum time advised. It was difficult and left him ragged – but he made the summit.

"I like risk," said Mr. Provenzano. "I don't want to get all metaphysical but when you look back at your life, you're going to regret the things you didn't try. And if you look at a challenge, a mountain, and think, 'I've got to get up that,' it'll defeat you. It's like Fanseye. If you go and say, 'I want to build Facebook,' you'll get discouraged very quickly."

As Canucks president, Trevor Linden gets his second chance at the Cup
October 30, 2015 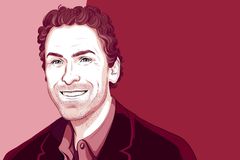 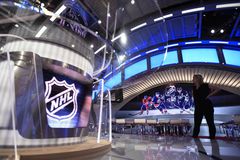 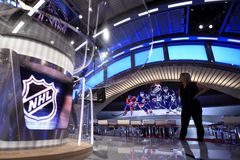 Opinion
Sometimes, the liabilities outweigh the value of a sporting brand
September 8, 2015 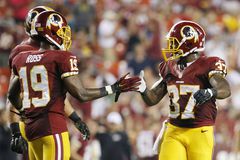