Entrepreneurship changes lives. If we want to change the world – and Canada – for the better, we need to create and support more young entrepreneurs.

Now, it might seem like every other week there's a new millennial 'brogrammer' cashing in on his or her school-project app for millions of dollars. And you may be asking yourself, "why do we need to support them?"

These are the young people we should be worried about, but they're also the ones entrepreneurship can help save. The time for our governments to invest in creating and supporting youth entrepreneurship programs is now, because as scary as those unemployment figures are, they're only set to climb higher, according to findings from the G20 Youth Entrepreneurs' Alliance.

The fear with youth unemployment is not just that this generation will potentially suffer from mental health issues related to long stretches of joblessness, or the fact that it creates a bigger strain on taxpayers paying unemployment benefits and parents who have to dig into retirement money earlier to support children for longer stretches of time (if that's even an option), but that high levels of unemployment can often lead to crime, social unrest and even violence. It's no co-incidence that the Arab Spring movement and the protests that occurred in Greece from 2010 to 2012 involved countries with markedly high levels of unemployed young people.

But it isn't just a problem for developing nations; there are plenty of small communities in Canada currently struggling to find opportunities for their young people, particularly amongst the First Nations. Growing up in remote areas that lack traditional opportunities for growth and employment has contributed to some serious long-term issues for these communities: it's a dismal fact that our First Nations youth are more likely to end up incarcerated than to graduate from high school, and currently represent 18 per cent of prisoners despite only being roughly 2.8 per cent of the population.

Teaching youth how to become entrepreneurs can not only help stabilize regions, but revitalize them as well. Giving young people a real opportunity to regain control over the direction of their lives can reduce the crippling malaise and hopelessness that permeates communities with vast numbers of unemployed youth. With basic business education and access to microloans, the economic ecosystem of whole communities can change drastically: small businesses create local jobs and keep capital circulating in communities.

An impressive example of this impact can be found in the results of the Nobel Peace Prize-winning Grameen Bank, which has lent millions of microloans to the poor over the past thirty years with a 95 per cent repayment rate. More than 50 per cent of borrowers that have been involved with the bank for more than five years have risen out of poverty. Those millions of people then start giving back to systems though taxes, job creation and capital creation instead of struggling to scrape by, living as a continual drain on public resources.

Countries like Austria, Germany and Switzerland have noticeably low rates of youth unemployment and that's partially due to their excellent government-supported apprentice systems: students in high school can elect to spend about half the week in class, and the other half gaining real-world vocational training in operating businesses. These young people can then work under their masters for a few years before going off to start their own practice, and eventually completing the cycle by becoming mentors themselves for the next generation of apprentices.

It's a proven fact that mentorship is a key element to successful entrepreneurship; that's why its a core value of both Canada's Canadian Youth Business Foundation and Saudi Arabia's The Centennial Fund. Both of these non-profits are internationally recognized and respected for their work in supporting youth entrepreneurship and are founding members of the G20 Youth Entrepreneurship Summit.

CYBF has been a pioneering model for how to both finance and support early-stage entrepreneurs via dedicated mentoring (full disclosure: I received my first loan to start my company Growing City through CYBF) and The Centennial Fund specifically targets at risk and marginalized youth, teaches them the skills they need to launch a business and helps them access the capital required to get started.

By reaching out to the earliest stages of young entrepreneurs – those just learning about business or starting on their business plans – programs such as these can help youth build their businesses the right way from the very start. How effective are they? Well, CYBF entrepreneurs have an estimated 94 per cent success rate, compared to the national average of roughly 51 per cent of businesses that survive beyond five years.

At the end of the day, government support of youth entrepreneurship programs is a cheap investment that yields huge returns, not just for the young people themselves, but for the entire community. Let's see if we can get some of that Canada's Economic Action Plan advertising budget diverted to programs that make a real difference and help change young Canadian's lives!

Lisa von Sturmer is the founder and CEO of Growing City and co-founder of Connect Global. She's also a Canadian Delegate for the G20 Youth Entrepreneurship Summit and is extremely passionate about helping youth build meaningful lives through entrepreneurship. 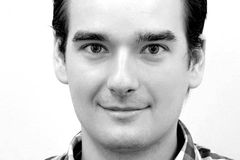 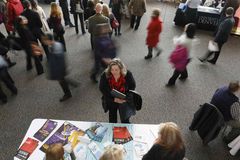 CYBF shifts status to non-profit from charity
May 8, 2018 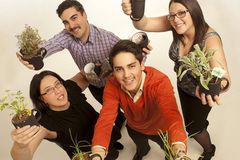 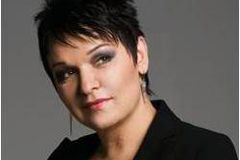 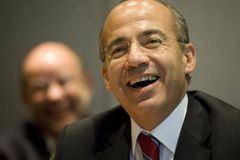 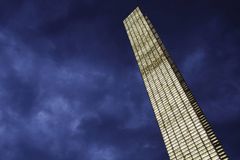