Try not to roll your eyes when Ben Unsworth trots out the buzzword 'gamification.' He means it in a much more literal way than most anyone else.

Developers have typically use the term to refer to slapping some reward badges on, say, a fitness app. But for Mr. Unsworth and Globacore, his Toronto-based interactive shop, gamification looks more like taking a classic side-scrolling game from the 80s, and – like TRON, without Jeff Bridges – sucking players in and depositing them in a pixilated world, come to life in three dimensions.

A firm that specializes in custom corporate and institutional work involving emerging technologies, from wall-size touch-screens to virtual reality, Globacore did just that. They programmed a 3-D version of the 80s classic 'Paperboy' and rigged it up to virtual reality headset. The concept – PaperDude VR – was so successful, they've been carting it around the world, picking up both stares and top awards at trade shows. It's just one demo, designed to push clients in a new direction: instead of making websites, they should be thinking about making games.

Globacore has been around for the better part of a decade, but their mandate has continually shifted with emerging technologies. Co-founded by Mr. Unsworth, the company started out making custom websites. But as interest in touch-screens grew in the years before Apple blew the field open with the iPhone, Globacore found itself learning to create them for clients in Dubai.

The scope of the work quickly escalated. "Next thing you know we're building 40-foot touch walls for these guys with touch screens and lasers, that had barely had been done before," says Mr. Unsworth. "But they wanted the latest and greatest, so we hacked together some solutions."

There was (and is) good business in touch-walls, which are technically demanding. Corporate clients, which would use these setups at events like trade shows, typically used them to let visitors navigate promotional photos and videos.Because people interact with them by touch, they have to look crisp close-up at arm's length – so they can't use a regular-resolution display projected across a large space.

"As that became more commonplace, we started to look more at gameplay," says Mr. Unsworth. The firm's focus shifted to applying 3-D interfaces more common in video games to displays that one held 2-D presentations. For instance, Intel's corporate museum at its headquarters uses a Globacore touch wall to let people navigate a historic archive of Intel ads from its founding to the present, all through a touch interface of cubes that spin in and out of view. Similarly, it has mapped customers' corporate offices and used them as the settings for video games that send players on in-world, in-office races.

But it's PaperDude VR, itself a demonstrator, that's attracting the most attention these days. Virtual reality, which never entirely made it to the mainstream, is mounting a resurgence thanks to devices like the Oculus Rift, a developmental VR headset aimed at gamers that's both better and cheaper than previous offerings, and the rise of Microsoft Kinect-style gesture tracking.

It was a perfect match to update 'Paperboy,' an 1984 game in which the player rides a bike down a suburban street, chucking papers at subscribers' doors (points deducted for hitting windows) and dodging sundry obstacles.

To bring the game to life, Mr. Unsworth's team coupled a digitally-enabled stationary exercise bike with an Oculus Rift to insert the player into an 8-bit-themed 3D world they created, and use a Kinect sensor to monitor the player's arm movements. So the player physically rides a bike through a 3-D world, looking around at will, all while chucking papers with their actual arm.

The demo has attracted more attention than the company ever expected, and has attracted invitations to festivals around the world, from Amsterdam to Vancouver to Vegas and SXSW in Austin – a testament to the message Mr. Unsworth has been trying to impress on clients.

"We've been telling clients to build games to promote themselves," he says. "We figured it was time to take our own medicine." 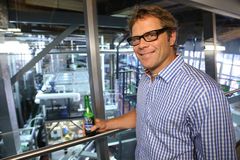 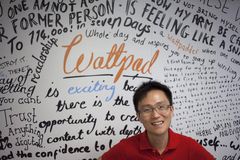 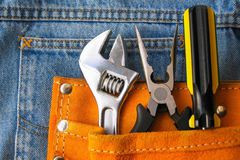 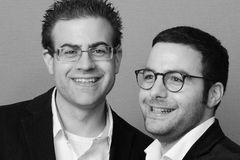 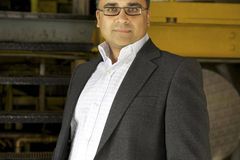 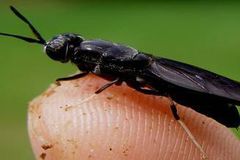