With tens of thousands of layoffs having hit Alberta's energy sector, empty office space in Calgary these days is plentiful – as is idled talent.

Next year, the Alberta government's carbon tax will take effect, forcing individuals and businesses alike to be even more efficient as they are pushed to reduce their carbon footprint.

Tundra Process Solutions Ltd., which sells and services industrial machinery and controls – and also does its own manufacturing – is currently furnishing a big, light-filled room in their south Calgary office. The plan: To invite engineers, tradespeople and other entrepreneurs to pitch their best project ideas to vie for workspace, mentoring and the potential of financial backing.

Instead of working on their inventions in their basement or a coffee shop, people accepted in the program will be able to work at the Tundra office. They will not be paid a salary. But accepted project ideas will make their way to the "Tundra Tank," a Dragon's Den-style vetting process that will determine whether the firm will provide further support to commercialize a product.

The idea sprouted earlier this year as the leadership team at Tundra lamented the Alberta brain drain. The low oil price means the province's unemployment rate is the highest it has been in more than two decades. Calgary, a centre for engineers, accountants and geologists, had an unemployment rate in July of 8.6 per cent, the worst among 33 Canadian metropolitan areas, according to Statistics Canada. Many laid-off workers are heading to other provinces or out of the country in search of work.

To counter that, Tundra is launching its Acceleration Centre for Entrepreneurs this month. They are especially looking for near-market-ready technology that helps firms reduce their greenhouse-gas emissions, or projects that improve the energy efficiency of customer companies.

"It's going to help Tundra if there's a product we can sell out of it," Mr. Barnes said. "But at the same time, who doesn't want to leave something better for the next generation?"

ACE program director Erik Allan added that the centre is not an incubator, and it's not about research and development. It's about sales. "Anything that provides our clients with value, we'll look at," Mr. Allan said.

"We want this space to be a creative space," he added.

It's not the only company idea that goes against the recessionary grain. Tundra chief executive Iggy Domagalski has taken a page from Amazon.com founder Jeff Bezos's playbook and adopted a paid-to-quit policy that now sees Tundra employees who want to leave the company paid $5,000 as a parting gift. (Mr. Bezos famously sent Amazon employees e-mails with the title: Please Don't Take This Offer.)

The policy is meant to ensure that only the most motivated, happy people stay at the company, explained Mr. Barnes. "It helps us to open up space for people who have the desire to be part of the Tundra culture and family," he said, noting three workers have taken them up on the offer since it was put in place last year.

"If you want to be here, you're going to be more effective."

He insists the policy is still relevant during a period of high unemployment, and could pave the way for an employee leaving to pursue a lifelong dream, such as culinary school.

According to Mr. Barnes, the private company has stayed strong even while Alberta's economy has sputtered. Tundra has done this by offering services that save energy companies time and money – such as turn-key products for steam-driven heavy-oil operations – and also has a foothold in an array of markets, domestic and international, beyond oil and gas, including water and wastewater, power generation and pulp and paper. With a staff of about 166, the company has laid off four people in the downturn.

Tundra, he added, continues in its "Big, Hairy, Audacious Goal" of getting the company's sales to $1-billion by 2022, from the current $150-million. 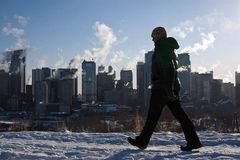 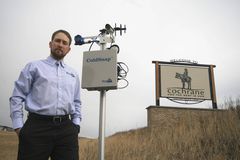 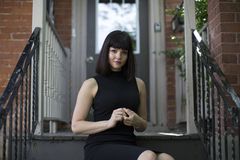