Two years ago, Chris Wanstrath gathered the employees of his software startup GitHub into a meeting to notify them of a major change: They were all getting bosses.

When Wanstrath and his co-founders started GitHub in 2008, they were adamant that they use a flat corporate structure without managers or titles. GitHub quickly became an essential tool for software developers to share their code and collaborate on projects, and its creators gave part of the credit for that success to their nontraditional work culture. Although the founders took "fluidly" defined roles of president and chief executive officer, they said the otherwise lack of structure allowed workers to pursue their own ideas and congregate around whichever ones interested them most.

But a boss-free setting had blind spots. Shortly after Wanstrath slid into the CEO chair at the beginning of 2014, Julie Ann Horvath, a developer at the startup, said she faced gender bias and was pressured into leaving by the previous CEO, Tom Preston-Werner, and his wife. After an internal investigation found that he'd acted inappropriately, Preston-Werner resigned as president. Wanstrath penned a blog post acknowledging "challenges" facing efforts to create an inclusive work environment and promised to institute new HR policies.

The mess highlighted that GitHub's six-year experiment in self-government had come up short. Wanstrath told staff of the switch to bosses the month after his co-founder's departure, and the software engineering department began assigning managers in the spring. The company hasn't publicly discussed the change in detail until now. "We're building a tool for software developers, but we're also hacking on the future of work," says Kakul Srivastava, GitHub's vice president of product management. "That hacking has taken us down some pretty interesting paths, and we're a better company because we went down those paths. But not all of those paths were the right paths."

As GitHub has grown to about 600 employees, it says a flat organization compromised its ability to get things done. GitHub says coordination by the heads of the engineering, legal, marketing, sales, and other departments has been crucial to recent achievements, including the ability to open-source more projects than before, increase the frequency of some product updates to quarterly, and secure a major partnership this year with IBM.

Coders at Ford Motor Co., General Electric Co., John Deere, and Target Corp. are among the more than 16 million users that now rely on the startup's services. GitHub is taking on increasingly ambitious tasks, such as organizing a two-day developer conference on Sept. 14 in San Francisco that's expected to attract 1,500 attendees. The company, valued at $2 billion by venture capitalists last year, declined to disclose revenue or other financials.

Julio Avalos, who was one of the first 100 hires when he joined in 2012, says the Preston-Warner episode helped demonstrate that some problems couldn't be solved by the masses. While the old times created a strong sense of camaraderie, employees didn't know who to direct questions to, either about uncomfortable confrontations with colleagues or about their own performance. "Without even a minimal layer of management, it was difficult to have some of those conversations and to get people feeling like they understood what was expected of them, and that they were getting the support that they needed in order to do the best work," says Avalos, who's since been promoted to chief business officer, the only C-level position besides CEO.

It was a big shift for a startup that long resisted a corporate hierarchy and prided itself on a communal culture reflecting the ethos of the open-source software it sells. Some employees were concerned that bosses would threaten the fun, casual work environment they had been sold on, Avalos says. "The risk in startup culture is that you fetishize that early culture and you get committed to a set of practices that eventually outlive their usefulness," says Catherine Turco, an associate professor of work and organization at the MIT Sloan School of Management.

Evan Williams, a founder of Twitter Inc., established his latest company Medium using the trendy self-management method Holacracy. The philosophy enabled employees to take initiative at an important early stage in the blogging service's life, but it eventually became unwieldy, says Andy Doyle, head of operations. Coordinating between teams was more time-consuming, and newcomers were put off by the idea of working in such a radical corporate atmosphere. At least Medium's experiment lasted longer than Google's, which was abandoned after just a few months in 2002.

Several companies have managed to make it work. Zappos, the shoe retailer owned by Amazon.com Inc., has maintained its use of Holacracy despite protests from staff. In January, the company shrugged off criticism of its non-management methods, saying a 10 percent spike in turnover last year was due mostly to the departure of longtime employees who wanted to pursue other things, not to Holacracy.

New recruits at Valve Corp., the decade-old Bellevue, Washington, video game developer behind the Half-Life series and Steam software, receive a handbook explaining the merits of corporate "flatland," where no one has a boss and employees are free to green-light their own projects. At Morning Star Co., a California tomato grower, staff are supposed to be guided by "missions," not managers. "It's very possible to maintain your startup culture while still doing what you need to do to scale," says Ethan Bernstein, assistant professor of leadership and organizational behavior at Harvard Business School. "That trade-off is not black and white."

Despite GitHub's transition to a more conventional power structure, the company says it's still trying out different modes of work. About half its staff is remote, and some are nomads, moving from city to city every couple months. One person is currently road-tripping across the U.S. in an RV. He checks in with his boss daily. 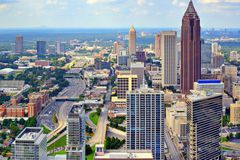 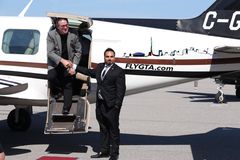 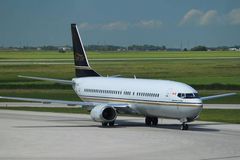