Silicon Valley is the capital of venture capital and the acknowledged headquarters of disruptive ideas, fierce determination and hard work.

That aura of potential casts a golden glow on the zillions of Bay Area startups trying to make it big. It sometimes seems that if you're blessed to work where unicorns graze, there's no doubt you're on the path to success. But what if you're not in the San Jose-to-San Francisco corridor?

The truth is entrepreneurs and startups can flourish anywhere, even in places that lack Philz Coffee (said to be a favorite of Mark Zuckerberg) and whose residents would laugh at the conceit of $4 toast.

Small businesses -- which, by definition, include startups -- and entrepreneurship are doing just fine beyond the confines of Silicon Valley. According to the Kauffman Foundation's 2015 study of entrepreneurial trends, 38 of 40 major metro areas showed an increase in small businesses. These incuded cities such as Nashville, Tenn.;  Austin, Texas; and Jacksonville, Fla.

Whether you're in St. Augustine, Fla., (pop. 14,000) or Topeka, Kan., (pop. 128,000) a bit of creativity and persistence will enable you to assemble critical resources and position your business to thrive. Pay special attention to three vital areas:

Stanford University isn't in your back yard, but don't assume that your location will prevent you from building a top-notch team. Pulling together a group of bright, diligent workers might be easier than you think.

Don't neglect local college campuses, where you'll find eager, tech-savvy undergrads who are passionate about ideas and innovation. Seniors looking ahead to job prospects also will be eager to get a foot in the entrepreneurial door. Forge connections in your community. It's filled with smart people who love the region's affordable cost of living, its natural beauty and its quality of life. They wouldn't be there if they didn't agree it was a great place to work and live, right?

If your needs extend beyond homegrown expertise, round out your team with telecommuters and remote workers. Technology makes it easier than ever to work anywhere, even in a different time zone or a foreign country. It's never mattered less where your crew lives. Of course, if remote workers visit for a hands-on meeting, they might be sold on your city's vibrant culture.

How Can You Ensure That Diversity Starts at the Top?

Small Biz Thrives in Small Cities with These Characteristics

Starting a company 15 years ago was a much more costly endeavor than it is today. Founders can bankroll the early launch of their tech companies on $250,000 they've raised from family and friends.

Capital goes even further outside major metropolitan areas. San Francisco office rental rates skyrocketed to new heights late last year, topping $70 per square foot and trumping even Manhattan's prices. By comparison, office space in San Antonio ran around $20 per square foot -- and the barbecue is better there. Because dollars go further in smaller cities, an angel round buys San Antonio founders precious time they can spend nurturing their businesses, without scrambling to chase the next round of capital.

Your state might also have your back, especially if it's not known as a startup hotbed. One of my tech clients in Indiana secured $150,000 from a hybrid fund of private money and state dollars. That cash was critical to bootstrapping the business. The startup is in an incubator and expects to soon raise a Series A round of $3 million to $5 million. Another client is weighing a state-funded incentive to relocate its startup to Kentucky.

3. Line up your experts.

You won't be bumping into Marc Andreessen at your favorite café, but that's not necessarily a bad thing. When you select mentors and board members, you'll be less swayed by big names and reputations and more attuned to their expertise and commitment to helping your enterprise grow.

Board members add value by connecting you to investors and bridging the gap between your location and your financing sources. Those dollars no longer have to be based in your area. Similarly, your board members don't have to inhabit the same ecosystem you do. Diversity and variety often lead to richer relationships.

Scout potential board members at industry conferences and alumni association events. Ask people you trust for their suggestions. And don't forget to look close to home. The right people who fit your needs could be right around the corner.

This story originally appeared on Entrepreneur.com. 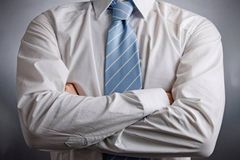 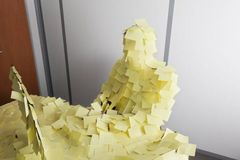 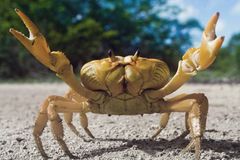