To Tova White, vice-president of human resources at Coca-Cola Canada, the company's gleaming new downtown headquarters is more than just a trendy place to work, but an embodiment of the employees' aspirations.

The three-storey Toronto facility, which opened in April, has an abundance of windows to allow natural light in. Large, open-concept lounges with colourful sofas provide a space to unwind. Cafeteria chairs are made from recycled pop cans, the tables from reclaimed lumber.

The downtown move shows how critical the need to attract talent has become, particularly with those under 30, who tend to place high emphasis on work-life balance, the company's reputation in the greater community, and the quality of the workplace environment.

Coke's former facility, in Toronto's inner suburb neighbourhood of Thorncliffe, was, in comparison a "grimy, dark place," according to Dave Moran, Coca-Cola Canada's director of sustainability and community investment.

"The heating and ventilation didn't work well," he says. "It was boiling hot by the window, and freezing cold everywhere else."

For Coke, exploring options for a new facility – an "exhaustive" process, according to Ms. White – was about balancing the diverse needs and preferences of its 400 employees. Internal surveys and direct engagement showed that the company's people put high value on concepts such as sustainability and accessibility, and that a downtown office – with ready access to public transit – was in line with these values.

Another consideration was brand alignment, a factor that is particularly important for younger workers. In reflection of Coke's brand, which stresses social consciousness, sustainability and positive thinking, the new facility is designed to achieve a LEED Silver rating, and is equipped with bicycle parking, showers and furnishings made from recycled materials.

The move complements other recruitment and retention efforts. "We emphasize flexibility, whether that's through the pension plan, benefits, or the ability to work from home," says Ms. White. "We measure the attractiveness of these policies, and believe what we have is appealing for job seekers today."

All this comes amidst a generational upheaval in the way people perceive their jobs. Gone are the days when skilled workers were willing to endure long commutes, outdated facilities and drab work spaces. Today's job seekers use social media tools such as LinkedIn to maximize their options, and are consequently becoming more selective. They are also on the constant lookout for greener pastures, and much less averse to career change than they were in the past.

Canadian companies have also grown increasingly competitive in their attempts to lure top talent, and the percentage who see this as a challenge – 34 per cent, according to a survey by HR consultancy firm Manpower – is the highest since 2007. Furthermore, competing isn't simply a matter of outbidding competitors for top candidates: Workers are considering a much broader range of criteria.

"It's different than 20 years ago, when compensation was the most important driver," Ms. White says.

Part of the challenge is that the preferences of workers have become increasingly diverse. For example, while only one in five baby boomers use social media for both work and personal reasons, nine out of 10 twenty-somethings do. Younger workers also expect flexible hours, the choice of determining their schedules for activities such as training, and the option to work from home. According to a recent study by CompTIA, 49 per cent of Generation Y respondents stated a preference to work in the office three or four days a week.

"One challenge we face is the multigenerational work force," says Ms. White. "We have people of a very broad spectrum of ages and backgrounds who all have different expectations of the employer brand."

"I think the interesting thing in today's society is you have a variety of different generations," says Koula Vasilopoulos, senior regional vice-president with HR consultancy Robert Half Canada. "You need to be able to appeal to them all because there's fantastic talent in every demographic."

This means there are no hard set rules for managing talent. "There's no magic bullet that's going to attract the people you want," says Alan Saks, professor of human resources management at the Centre for Industrial Relations and Human Resources at the University of Toronto. "It's not just going to be straightforward or simple."

Younger workers, however, will ultimately determine the future of companies such as Coca-Cola. "One of the things we found out, particularly with millennials, is that they want meaningful work," Ms. White says. "A social connection to the organization is incredibly important."

Here's what three experts have to say on Coca-Cola's downtown move, and what businesses need to do in 2014:

Coca-Cola's downtown move makes sense in a large city such as Toronto, where commute times from the suburbs are long, and public transit within the city is well developed. The picture would be very different in Vancouver or Calgary, however, which don't have the same geography, infrastructure and downtown demographics. In some cases, a facility in the suburbs would make more sense.

When it comes to recruitment strategy, companies have so many more options for exposure today, particularly through online media, and they need to leverage that. Organizations should constantly be communicating the value of their company through their network. It's all about being proactive.

It's not a one-size-fits-all world any more. You really have to look at the bigger picture of the organization – its culture, its strategy and what it's all about. Furthermore, all departments need to be engaged.

Technology can be a powerful recruiting tool, but it's important not to get carried away, because the fundamentals of talent management still stay the same. You still have to employ the same learning principles and design factors that go into an effective strategy.

The key to finding and attracting the right people is the ability to see the worker's perspective. Organizations need to fully understand the job position they are trying to fill, and what makes it interesting and challenging. Young workers, in particular, have little patience for unfulfiling work.

Expert comments have been edited and condensed.

Editor's Note: An earlier online version of this article said Coca-Cola Canada's previous offices were in Thornhill. In fact, they were in the Thorncliffe neighbourhood of Toronto.

Three keys to building the best team possible
May 11, 2018 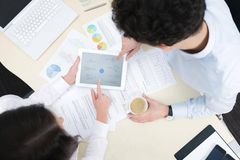 How to hold onto remarkable employees
May 11, 2018 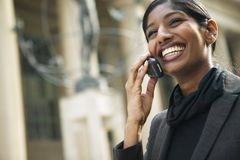 Why annual performance reviews are a waste of time
May 11, 2018 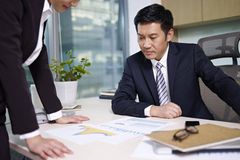 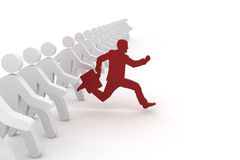