As a young female in a leadership position at a successful tech startup, who also happens to be visibly religious, I know a thing or two about representing minorities in the workplace. After years of hearing and reading about the lack of diversity in startups and personally encountering what seem like isolated incidents, I've noticed a very real pattern of exclusivity. Here are a few things I've learned during my career at several Toronto startups on building a workplace culture that is collaborative, inclusive, and one that can help accelerate the growth of your company.

Acknowledge the problem is real

The first step to fixing a problem is realizing that one exists. Too many times men and women alike brush incidents under the rug. Having worked at startups my entire career, the idea of referring to data when in doubt comes naturally to me.

And the numbers aren't good. Turns out 85 per cent of U.S. venture-backed companies have zero women on the executive team. In North America, women represent just under 22 per cent of all technical roles. This is hardly a surprise given that a 2014 Fortune magazine survey found that just 4.2 per cent of venture capitalists were women.

Recently, Sequoia – a hugely successful venture capital firm that has no women partners – came under fire when chairman Michael Moritz said he wasn't willing to lower the bar in order to hire more women.

Creating a culture of inclusiveness starts from the way you frame job descriptions to what the community knows about your company. For example, pay attention to the number of times you mention free beer (hint: 0 is a good target to work towards) or what your company socials are like.

At Wealthsimple, our engineering and leadership teams have 12.5 per cent women representation. In a country where 19 per cent of all engineering graduates are women, we know we can do better and are working to make our team more representative of the community we live in.

Once we recognized that this problem existed on our team at Wealthsimple, we not only revised our job descriptions to remove potential biases, but are now more thoughtful about designing our interview structure as well. We always choose a diverse group of panelists, and play close attention to the cultural aspects of the interview in addition to the technical challenges candidates complete. We value diversity and understand that we have to work harder to ensure it.

Talk about your company culture and values

Company values become stale the moment they end up on a poster on the office wall. Instead, embody the values you talk about in your everyday work life. Reward employees based on how well they emulate the culture you're all committed to creating and use them to talk about how you're going to achieve the big, lofty goals you've set for yourself as a team. Consistent reminders of what the team is collectively working towards is a great way to enforce your values for new and existing team members alike.

New employee onboarding is also a great opportunity to talk about the values your team lives by. Another way to ensure you and your team always live by these values is making them public. A great example of this is Buffer, the San Francisco based company that publicly lists its team's salaries.

It's one thing for leadership to say something; how well it permeates through the rest of the team is a whole other story. Pay close attention to how your team interacts with each other: do they show mutual respect and help each other succeed? While these seem like universally accepted values that we should be able to take for granted, you'll be surprised what tends to happen in toxic work environments.

If you feel there are people who are not on board with the kind of team you're trying to build, it might be time for a conversation with them. Negative attitudes in a growing startup are impossible to curb and can be downright crippling for your growth. Has the negativity spread more widely than one or two cases? Rally up the troops and have an open, frank conversation about what's happening. If you still find that attitudes continue to be negative, it might be time to let those people go.

Your company's culture is a living, breathing organism that requires constant care and attention. Culture isn't a "thing" that you can read about in a Ben Horowitz book, implement once, and move along. It has the power to make or break your company.

A year-old toddler startup company with a team of three people is a vastly different organization than an adolescent company with a team of 30. Recognize that things are different, communicate openly with your team, and thoughtfully change things to better suit your new needs. If you can get each and every member of your team on board with your vision, mission, and values – you're golden. A small but happy and motivated team is infinitely mightier than a bigger, slightly negative, and misaligned one.

Huda Idrees is head of product at Wealthsimple, a low-fee online investing platform. She's on Twitter at @hidrees. 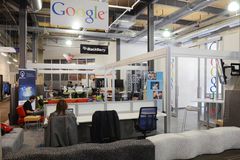 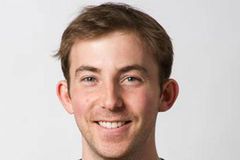