Despite hearing that "companies just use you" in internships, Nadya Sayenko, 26, was undeterred. The recent York University graduate in communications and business landed a three-month stint as an event management intern with Managing Matters Inc., an event management and association management company in Toronto. She feels she's learning the real-life skills and professional contacts that will help lead to a job in the field of her choice.

"I didn't study event management at all, but now I know how to plan an event, do the budget and communicate with suppliers and clients," Ms. Sayenko says.

While internships for students and postsecondary graduates are often criticized as being exploitative, the flip side is that interns earn an edge in job hunting. They also learn whether a particular job or industry is right for them before making a commitment.

According to interns, the difference between a good and bad internship depends largely on how involved the company allows an intern to be in their business. Interns want to be given meaningful work so they feel empowered and part of the team. Grunt work may be part of it, but if companies want to attract the best and the brightest to their internships – whether paid or unpaid – they had better offer a real learning experience, too.

The best way to use interns is by trusting them and giving them the freedom to work the way they like. They also prize the ability to join in multiple projects, including those with a high level of responsibility, says Hattem Mohyeldin, a communications graduate of the University of Toronto Mississauga.

Mr. Mohyeldin is a veteran of internships. Because of the tight job market, the 22-year-old has completed three – one helping design a website, another focused on public relations and social media, and the third at Just-Eat Canada Inc., an online food-ordering website. He just became a full-time account manager at Just-Eat.

"Being an intern should be a prime opportunity to dip into each department and participate in everything," he says. "You have to be able to ask lots of questions because you're learning. People need to be open to your questions."

When interns aren't respected, it can undermine the whole internship experience, Mr. Mohyeldin says. If interns are regarded as a nuisance by department heads or co-workers at a higher level, it can make interns feel like they're not good enough.

"In some internships, I was looked down on because I was the intern," he says. "You lose confidence in yourself eventually when a company does that. It's important to see the intern as having potential and coaching them along the way. Acceptance as part of the team is critical."

The size and culture of the company are other factors. University of Toronto commerce graduate Tina Kuo, 23, found her first internship, with global accounting firm Deloitte in Taiwan, to be highly structured and less challenging compared with her second one, with Just-Eat Canada, a small company with an open-style office in Toronto.

"Because the first internship was very defined, with specific things you had to do, it was routine, with less freedom in expressing your ideas and being more creative in your work process," says Ms. Kuo, who was recently hired as the full-time operations co-ordinator at Just-Eat Canada. "At Just-Eat, we had hands-on projects that we started from zero. It was good because you got to lead your own projects. They'd tell you not to be afraid to make mistakes, that they're here to support you. The focus was on teaching us how to execute."

While many internships are not paid, the interns interviewed for this story believed they should receive at least an honorarium. Plus not everyone has the luxury to work for free and pay their own expenses to boot.

"I have some friends who are also doing internships that are unpaid, plus they pay for their own transportation," says Ms. Sayenko, whose internship is paid. "I feel I bring a real value to the company. I'm not making photocopies or stuff like that. Interns should at least be given the minimum amount."

Of Mr. Mohyeldin's three internships, two were paid and the one in between was not.

"I do get paid but I get more out of the experience than the money," Mr. Mohyeldin says. But it's good to have money because interns do have bills and other things to pay too."

Advice from interns, to interns:

"Ask questions and don't let anyone put you down. You're capable. You're still learning. If you make a mistake, it's a mistake. Clear your mind, go on to the next task and do your best." – Hattem Mohyeldin

"When you're still trying to find what path you want to take, internships are a good idea. Plus you get to know the company's culture. I didn't want to be stuck with a job that I liked in a culture that I didn't like, because I wouldn't be happy." – Tina Kuo

"Don't be afraid to approach anyone, no matter how highly placed they are. Be comfortable with what you're doing." – Hattem Mohyeldin

"Give the intern the opportunity to work on something real because we can contribute something valuable. It should be for a limited period of time and with some perspective to be hired after the internship." – Nadya Sayenko

"Put interns at the forefront of things like social media and let them really be part of the company." – Tina Kuo

Firms that play fair with interns reap what they sow
May 17, 2012 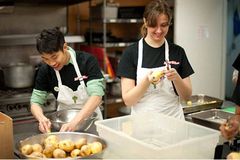 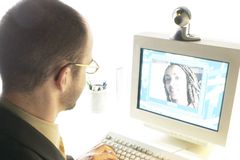 Careful what you say about your employer online
April 26, 2012 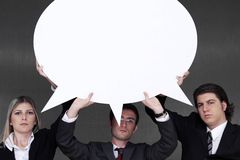 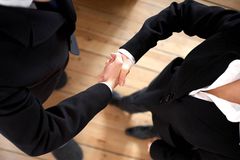