With a solid history of building successful companies, the owner-managers of Toronto-based Storage Appliance Corp. aren't exactly newbies in the startup game.

Yet, last year, a financial backer told them that they needed "serious marketing expertise" to get to the next level of growth. So, they immediately began to cast around for a seasoned marketer.

Who they found, through a headhunter, was Andrew Barrett, a high-profile, award-winning marketing executive who had spent the previous 25 years working for large multinationals, such as Procter & Gamble Co. and LG Electronics Inc.

Bryan McLeod, chief executive officer of Storage Appliance, which sells automatic data backup solutions under the Clickfree brand, says that having someone with Mr. Barrett's experience greatly helped the company finetune its marketing strategy and execution.

"It's rare for startups to have the ability to hire highly experienced senior executives with proven talent," he says. "Because, really, how do you bring someone in who's already earning a salary that's higher than your CEO's and the rest of your startup team?"

As startups grow, it's not unusual for them to begin to show gaps in their management capabilities. To advance to the next growth phase – and in some cases, as a condition of getting financing – they often need to hire someone with specialized expertise or deeper experience in their market.

But as Mr. McLeod points out, most startups can't afford the high salaries of experienced executives, especially those who have big-company credentials.

In Ontario, for instance, an executive vice-president of marketing would command a base salary – before bonuses and stock options – ranging from about $138,000 to $237,000 a year, according to job search site Workopolis.com . A chief financial officer would add at least $114,000 to $183,000 a year to the payroll.

These aren't the kind of figures that smaller enterprises can afford.

So how can small businesses with tight budgets but big dreams get star managers to work for them?

Sandy Scott, a principal with Tandem Expansion, a Toronto-based venture-capital firm that invests in later-stage technology companies, including Storage Appliance, says that "it's not just about finding someone who has the knowledge and experience, it's also about finding someone with an entrepreneurial mindset, even when they've worked for big companies.

"You need someone who'll share your passion for your business, someone who will buy into your vision," he says.

Mr. McLeod agrees. Finding someone who truly believes the business will succeed is important, he says, especially since joining it will likely mean giving up a large executive salary.

"Coming in, they have to agree to the same salary as everyone else on the startup team," he says. "And startup teams usually take a relatively low salary because they're betting on the upside."

To get seasoned managers to join the team, startups generally offer a package that combines salary with equity in the company – their own chance at the upside, Mr. Scott says. Some also offer cash bonuses tied to performance.

Mr. Barrett says he took a 40-per-cent salary cut in exchange for stock in the company – and a chance to get involved in an exciting venture. But that chance at the upside also came, as with many startups, with the risk that he would walk away with nothing.

"I knew there was a chance that, any day, Clickfree could say, 'today's our last day, we've run out of money,'" says Mr. Barrett, who worked with Storage Appliance for eight months last year, before he received and accepted a job offer to become vice-president of marketing for Samsung Canada. "You need to have financial and emotional security to be able to do this kind of thing."

April Dunford, a Toronto-based marketing expert who does short-term contract work with startups, says hiring a senior manager part-time – maybe two or three days a week – or on a per-project basis can also make the arrangement more affordable for a small business, whether it's marketing, finance, or any other gap that needs to be filled in.

"I think you have to be creative in how you do these things," she says. "With some companies, I've charged on a per-project basis as opposed to x amount of dollars per day, and I know some people whose compensation is based on sales results – basically they don't make money if the company doesn't make money."

Regardless of how they're paying for senior talent, small businesses need to see a payout from their investment a lot sooner than a large company with deep pockets, says Ms. Dunford.

So who to seek out?

"The big things to look for would be experience working in companies of the same size and at a similar growth stage to yours," she says. "Also, it's important to find someone with experience in the market you're in, because a marketing expert who's only done work in B2C [business to consumer] is probably not the most suitable pick for a B2B [business to business]company."

Big-company credentials may be impressive, but they should be viewed with caution, Ms. Dunford warns.

"Senior executives at big companies have these large support systems and generally don't do a lot of hands-on work," she says. "So while they're great at strategy, they may not be a good fit for a small company, where the leaders also do the tactical stuff."

Mr. Barrett echoes Ms. Dunford. Coming from big companies where he had support staff, a fancy office and other perks such as first-class business travel, he knew that going to work for Storage Appliance meant parking his ego at the door.

"You have to clearly understand what you're getting into," he says. "I got into it for professional excitement and the possibility of lucrative wins, but I also knew that I would no longer have the executive trappings I was used to, and that was all right with me – I would have licked envelopes if that's what the company needed me to do."

"It's very important for the CEO to introduce this person as his person," he says. "Otherwise, they might be viewed as an outsider with no real political clout and they won't be as effective in bringing about the changes you had hired him or her to make."

Mr. McLeod says it's especially important to get buy-in from the startup team.

"You definitely have to get consensus, because the other executives have been around for a longer period of time and now here comes this new guy and he's getting the same thing they're getting," he says. "You can't risk putting anyone's nose out of joint, feeling underpaid."

For businesses bringing in an executive on the advice of an investor or venture capital firm,Mr. Nyland offers this piece of advice: Be clear – with everyone – about who this new person is working for.

"It's very important to make this understood: You're working for me, not for the VC," he says. "That means your loyalty is to the company and your goals have to align with what the company is working to accomplish." 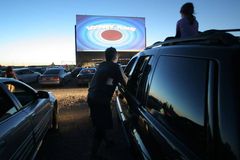 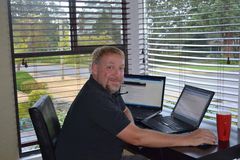 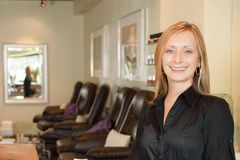 The downside of hiring people just like you
October 4, 2011