Nick Noorani has met a lot of talented immigrants who have had a hard time landing a job. The founder of Canadian Immigrant magazine says some of the biggest challenges can stem from cultural differences evident during the job interview.

"Some newcomers come from places where it's not okay to boast about your achievements, so you play it down. In Canada, you can't play down your achievements," said Mr. Noorani. "We have different body language in interviews. In a lot of countries, especially Asian countries, it's considered rude to look you in the eye ... you can imagine how that measures up with the Western notion of shiftiness."

Since moving to Canada from Dubai in 1998, Mr. Noorani has been helping newcomers overcome the challenges of cracking the Canadian job market, through his book, Arrival Survival Canada, and his seminar, Seven Success Secrets for Canadian Immigrants. But while there are ways for newcomers to improve their skills at interviews, says Mr. Noorani, there are also problems on the other side of the desk.

"When I started my magazine, a large publisher wanted to buy it and he said, 'I wish you worked for me,' and I said, 'Well, I applied and they offered me a job at such a low level I couldn't even pay my rent.'

"He said, 'There's something wrong with a system that does not recognize talent,'" said Mr. Noorani. "The fact is we tend to hire who we look like."

So are employers across the country missing out on the best candidates because they look, sound or act differently?

It's a question that Julie McCarthy, associate professor of organizational behaviour at the Rotman School of Management at the University of Toronto, has been investigating. Prof. McCarthy says there has been a great deal of research into whether interviewers tend to adhere to the "similarity attraction paradigm" when hiring – a theory first developed in the early 1970s, which found that in general, people are most attracted to those who share similar attitudes.

However, when Prof. McCarthy looked at previous studies to see whether factors such as race, sex and age affected hiring, the results were "mixed, all across the board." Those findings prompted the question: Why did some interviewers tend to hire "similar" people and some didn't?

"We found it depends on interview structure," she said. "When a highly structured interview is used, those similarity effects wash out."

Prof. McCarthy and her team studied nearly 20,000 applicants who were interviewed for positions at a U.S. government agency.

They concluded that if interviewers adhere to a set of questions based on the knowledge, skills and abilities required for the job – as opposed to engaging in a more casual, "get-to-know-you" session – it will reduce the biases that could slip through.

"When we structure an interview, we're forcing the interviewer to focus ... on relevant information, not the colour of the person's hair or whether they are male or female or how they are speaking," said Prof. McCarthy."

"For example, the crazy questions like your favourite colour or what kind of animal you would be – that's when cultural biases slip in and the similarity attraction might be stronger," she says.

"Structured interviews, when they are done well, include panels that make the interviewer accountable," she says. "If there's more than one person, there's diversity. Mixing it up – males and females, different cultures, ages – reduces these biases and people are inclined to take it more seriously."

Prof. McCarthy says that one of the barriers to highly structured interviews is the cost and time it takes to put it all together.

"In a smaller organization, they may not think they have the resources to implement a structured interview, but it's important for them to know that they can always improve the format they have."

Antoinette Blunt, president of Ironside Consulting Services, says she doesn't think any HR person would consciously show bias to a new immigrant – but because their goal is to find someone who has the traits that they admire, "things like that can happen as a kind of unconscious bias."

Ms. Blunt agrees that it's essential to have a very clearly defined list of the skills, capabilities and attributes you are looking for from an employee, and that you ask questions that are very much "behavioural and competency-based."

"For example, 'Can you explain to me a time in one of your previous jobs when you had to deal with a very complex situation in a similar department, and how did you handle that?'" she says. "You give the candidate the opportunity to use their own past experience to describe how they might handle a situation in your company. It removes personality from the interview, or selection based on attributes that you like or admire, and it gives the candidate the opportunity to express themselves."

Ms. Blunt also says it's important that HR managers and employers become more educated about the cultures of the people who may be looking for positions at the company, so they understand what might be acceptable in a particular culture.

Mr. Noorani says he's seen some significant changes that should help newcomers get jobs in Canada.

"A lot of immigrant HR professionals are being employed in companies. And that's an important fact – they've walked that walk, they've gone that route," he said. "We need to start becoming colour-blind, looking at people as people rather than ethnicities and hyphenated Canadians."

Need skilled workers? Create your own
October 3, 2011
Should you finish school before starting a company?
July 29, 2011 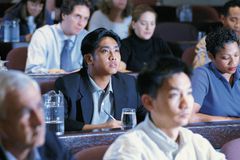 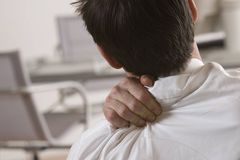 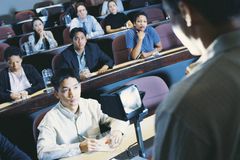 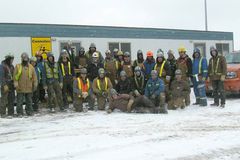