On Wednesday, the MaRS Discovery District, a Toronto-based innovation hub, will release Talent Fuels Tech, a report that found most job seekers in the region are visible minorities and argues for the development of a sector-wide strategy to build and retain a more diverse work force.

And the Ontario Incubator Diversity Report, an independent study by non-profit advocacy group Innovate Inclusion, examined four prominent organizations with incubator and accelerator programs – including MaRS – finding leadership and mentorship teams lacked African-Canadian, Latin-Canadian and Indigenous leaders. This, the report finds, can create a "digital divide" in the province that holds members of those communities back from contributing to the innovation economy.

While the pair of studies highlight that innovation hubs tend to unfairly leave crucial demographics of Canadians behind, they also chart pathways to more equitable recruitment strategies for hiring underrepresented visible minorities.

"As much as we celebrate diversity in Canada, diversity even more so in technology often starts and stops with gender," says Jessica Yamoah, executive director of Innovate Inclusion. "Diversity within an organization will bring you perspective and new ways of doing things. A lot of times, there's not enough credit given to our immigrant community."

Innovate Inclusion's report will be published later this month. It applauds Ontario's well-known incubators and accelerators for "rising to the challenge" of gender diversity, and invites them to take further steps to get more members of the three underrepresented minority groups into their leadership teams. Examining publicly available information about various leadership groups – including boards and executive teams – at MaRS and Ryerson University's DMZ in Toronto, Kitchener-Waterloo's Communitech and Invest Ottawa, the report found only five people of African, Latin or Indigenous descent among the dozens of leaders. (Invest Ottawa and DMZ told The Globe and Mail that some of the report's figures are incorrect, but applaud its intent.)

Ms. Yamoah, who is Ghanaian-Canadian, says the report is not intended to scold the organizations, but rather to set a starting point from which they can improve inclusion, which would only serve to benefit everyone involved. "As we evolve in the innovation economy, certain communities are being excluded, creating a larger digital divide," she says. "If the numbers aren't established as starting point, how do we measure success?"

Canada loses when underrepresented communities aren't included in the broader conversation, she says. "That can definitely be reflected in the bottom line. Look at how the African-Caribbean community affects buying decisions in popular culture. Instead of just being musicians and artists in front of the mic, why can't they be the executives behind the deals, and the technology that's used?"

The report's suggestions include that governments provide more support to incubators and accelerators that strongly demonstrate diversity in their ranks, and to earmark funds and procurement opportunities for entrepreneurs of underrepresented backgrounds. Incubators, it suggests, should design strategies to build more diverse leadership teams and better target underrepresented groups.

MaRS's report also sought ideas to better tap into tech talent in the Greater Toronto Area – and found the answer in seeking a more diverse range of candidates. "We need to build a pipeline of talent so companies can stop going through a closed loop of referrals," says Lekan Olawoye, one of the report's authors and the lead executive of Studio Y, a talent development and leadership program at MaRS.

The report surveyed nearly 600 technology workers, finding that 63 per cent of job seekers were visible minorities, while 56 per cent were born outside of Canada. "Either they're looking for work because their current environment is not conducive to them, or they are overqualified for their current role and raising their hand and saying, 'Hey, I have more skills to provide,' " Mr. Olawoye says.

The report recommends developing a "sector-wide diversity-and-inclusion working group" to develop a comprehensive system of talent attraction and retention for Toronto's tech sector. And one major key unlocking this talent, Mr. Olawoye says, is by dismantling biases ingrained in hiring. One such bias is the need for cultural fit, which the report suggests is less important than hiring talent with a mindset for growth. "The best person might not be the person you like the most that you'll take for a beer, but it's the person who will help your company grow," Mr. Olawoye says.

Ryerson's DMZ has incorporated a diversity guidebook, TechGirls Canada and TWG's Change Together, into its membership process. "I think it comes to no surprise that the Ontario ecosystem, in terms of diversity, is lacking – there's a lot of work to be done," says Abdullah Snobar, its executive director. Mr. Snobar underlines the importance of incorporating the value of diversity into incubators, rather than treating it as a series of boxes to check off. "We want to see it rooted into the culture of an organization," he says.

Spokespersons for both Communitech and MaRS said they aim to seek diverse leadership, though they seek primarily to reflect the communities around them in attaining ethnic diversity. "To be diverse, our boards and our executive should mirror our population," says Jodi Marner, Communitech's head of diversity and talent initiatives, who suggested that Kitchener-Waterloo region does not have a large African-Canadian or Latin-Canadian communities to hire from. "I agree we're not mirroring our population, but we need to understand our population better, and what it's made up of."

Ms. Yamoah warns that suggestions playing down the need for more African, Latin and Indigenous leaders are why the report was done in the first place. "This sentiment is concerning as it would never be expressed in the context of certain sports, entertainment, or the criminal justice system where these communities are often over-indexed," she say 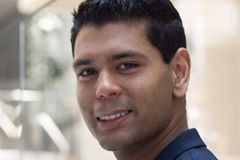 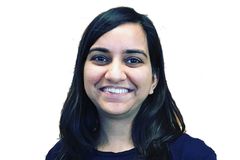 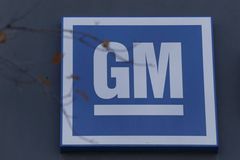