Last May, a senior vice-president at Google Inc., attending a Women in the Economy conference in New York, noted a surprisingly stark difference in the way male and female employees approached the issue of promotions.

He often needed to persuade women engineers to nominate themselves for promotion, he said, while men always jumped at the chance. "By the time a woman says she's ready," he observed, "she was probably ready a year ago."

The notion that women hold back from seeking advancement into senior roles may seem like a hoary cliché, yet academic studies tend to show that Google's conundrum is not uncommon in today's corporate world.

Both his reading of the literature and consulting experiences have convinced Ronald Burke, professor of organizational studies at York University's Schulich School of Business, that women are less likely than men to put themselves forward for promotion if not fully convinced they are ready, he said.

Despite the fact that they are better educated and profess higher career aspirations than ever, women are still "less able," he added, "to see themselves in more senior management roles than are men, given the 'think manager-think male' stereotypes that abound."

"Women are aware that there are higher standards," said Jennifer Berdahl, associate professor of organizational behaviour at the University of Toronto's Rotman School, "so asking to go up for promotion is a riskier prospect. Basically, women want their competence to be completely unassailable when they go up for promotion, and after the promotion. So it's a rational response."

For many women executives, the academic studies, audits and experiments did not come as news.

According to Jane Allen, who is both the renewable energy leader and chief diversity officer at Deloitte in Toronto, their own surveys indicate "that women don't aspire to the top levels at the same rates that men do," she said, often waiting to be recognized for the good work they do rather than tooting their own horns.

Being more hesitant to promote themselves and their accomplishments, she added, can sometimes come across "as a lack of confidence in their own abilities."

"Women tend to be uncomfortable with self-promotion," agreed Zabeen Hirji, chief human resources officer at the Royal Bank of Canada, "and almost see it as distasteful."

Ms. Hirji has also noticed that some women managers want to finish the job they have started before advancing, she added, "while men are more 'if I'm moving on, I am going to be able to create more value for the company and so it's okay.'"

Whatever the reasons, the result is the same: far fewer women than men in executive positions and on boards of directors. A recent McKinsey & Company survey of 60 corporations found women in 53 per cent of entry-level positions, but only 24 per cent in senior management. And among the decision-makers in the so-called C-Suite, they account for less than a fifth.

As Fiona Macfarlane, chief inclusiveness officer and managing partner at Ernst & Young LLP, put it, "Many organizations are good at recruiting, but the pipeline gets leaky as you go towards the top."

Ironically the very qualities that hold women back from putting themselves forward for higher roles – being cautious and risk-averse – also make them better in those roles. That means, Dr. Burke said, "they are not only doing a disservice to themselves, but also to the company, because you end up not having the best people doing these jobs. So there's costs all round."

A 2004 Catalyst study of 353 Fortune 500 companies did find that firms with more diversity throughout the ranks, including the presence of women, have better returns on investment.

As more recent proof that ignoring capable women for senior positions is a big mistake, Dr. Burke points to the havoc caused by banking and financial sector executives leading up to the 2009 recession. "They were making incredibly risky bets," he said. "Women at the top aren't that stupid."

Companies need to be proactive in getting more women into more senior roles, experts say, and the process begins at the top. "The leadership has to understand and make it clear that this is an important business issue," Ms. Macfarlane said, "and link it to the company's strategy,"

Executives also need to check themselves for biases, even subconscious ones, she added.

At Deloitte, training in what they call gender intelligence leadership has proven useful to both men and women, Ms. Allen said.

"I think there's a lot of myth-busting that needs to go on, so that men understand that it's not lack of ambition on the part of women, that there are other things at play here. If you don't recognize that as a male executive, then you're going to be overlooking some fantastic talent," she said.

For Ms. Hirji, companies need to "create a platform where women can feel comfortable talking about themselves, their accomplishments and their aspirations – because you're asking them about it."

"There's no question the business case is pretty straightforward," she said. "We want the best talent and we know that the best talent comes in both genders." Seeking balance has to become "part of the company's DNA," she added.

"It requires flexing to different styles and different demographics," said Ms. Macfarlane, "and being a scholar of differences right through your career to make sure you are accessing the best. Just because someone says they're not ready for a particular role, don't accept it."

"Don't place the onus on women to fix the problem," said Dr. Berdahl, "either the women who aren't putting themselves up and getting promoted, or the women in the executive suite. This is a company problem. And men should be stepping up to the plate just as much, if not more, than women." 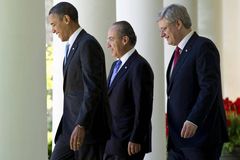 Questions to ask before hiring people you know
August 17, 2012 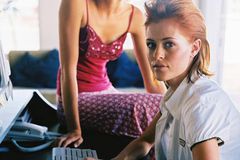 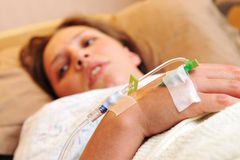 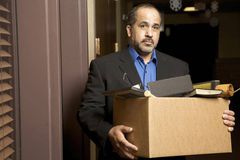