Companies that hand out job titles like candy may find their employees disillusioned when becoming the "chief people mover" or "director of excellence" changes nothing but the wording on their business card. Inflated, important-sounding or weird titles may be well intentioned, but experts say they're likely to backfire if they don't come with meaningful change.

"Just to say, 'This kid's good but we have nothing for him, let's throw a title at him' doesn't work. It's a very short-term satisfier and that's the risk."

Businesses usually do it because they don't have the money for raises or bonuses, or there may not be enough leadership or managerial positions for talented people looking to climb the ladder. So making up a title or position seems like a cheap and easy fix.

"It backfires most of the time because people expect a title to come with something else," says Ms. Lonergan. "You see it more in small- and medium-sized organizations, since larger organizations tend to have protocols for how people progress in their career paths.

"They're trying to keep people motivated and give them a sense of career, but they're smaller and flatter with less money, so they use title as a proxy for 'we value you, we want you to stay.'"

Ms. Lonergan feels a new title doesn't have to come with money as long as the work is different. That can mean a lateral move to a new area of responsibilities – what's key is providing new challenges. But money can be an issue if the salary is significantly below what the title implies.

"People may be temporarily pleased, but after speaking with contacts in similar roles at other organizations or checking online salary resources, they may feel they're being taken advantage of," says Lauren Friese, founder of Talent Egg, a career website for recent graduates.

"Then, instead of living up to the new title, they may shrink away from additional responsibility and start searching for other opportunities where they'd be more fairly compensated."

At worst, an inflated title can derail a promising employee's career path when nothing changes except the person's expectations.

"I've seen it end badly with individuals leaving a company," says Ms. Lonergan. "People have gone from being a high performer to feeling like they no longer knew what they were supposed to do because there wasn't any role clarity or they weren't really needed. Once people start to feel like they're not competent, it becomes a self fulfilling prophecy."

It can also backfire when it's the employee who lobbies for a new title.

People want to boost their title so they can put that on their resume – even if they don't have the relevant experience, says Tim Ryan, founder of Vestiigo.com, an online career site for young professionals.

"It's sometimes used as a negotiating piece if a salary increase isn't on the horizon," explains Mr. Ryan. "They'll then use that title to negotiate a higher position at another company, but even if they land the new role, they may not last long if the employer believes they're far more experienced than they actually are."

Offbeat titles, such as "VP of Laughter," may be fun, but they can create problems when employees want to go elsewhere.

"They need to have currency," says Ms. Lonergan. "Call it what you want as long as I can understand what it is you did. People can get very insular within their industry – the title, the level. They speak in tongues."

The ideal is to have two titles – one that's internal and unique to the role and organization, and then one that's external and recognized by other employers, says Ms. Friese.

While non-standard titles tend to blossom in young companies that are trying to differentiate themselves, they can sometimes get in the way. Harvey Carroll, a partner with Grip Limited, a Toronto-based advertising firm, says that although his industry been known to come up with creative titles and to over-title people, his belief is that simple, standardized titles are better than unique ones.

"I want people to be encouraged to collaborate and share ideas with others across the agency," says Mr. Carroll. "The more specific and elaborate you make people's titles, the less I believe this is likely to happen."

As Ms. Lonergan points out, "Facebook still has a chief operating officer. They don't call Sheryl Sandberg the 'chief smart woman' or something like that."

With all the problems that titles create, would having no titles be a good solution?

"People would still find a way to delineate themselves," says Ms. Lonergan. "It's human nature." 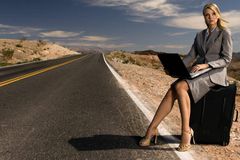 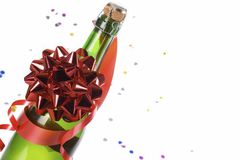 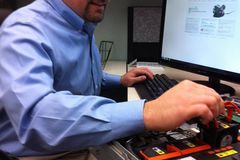 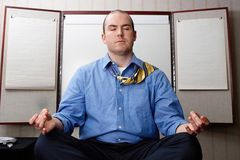