Ron Guest has interviewed more than 6,000 job candidates in his 25 years as a human resources specialist, and in all that time, he's never had an employer explicitly request a non-smoker for the job.

"No one has asked for it," he says, "but if I had two candidates who were exactly even and one was a smoker and one wasn't, I would bet the employer would favour the non-smoker if they knew."

Like many things in business, it comes down to the bottom line, says Mr. Guest, who is based in Toronto.

"Companies know that smoking in the workplace is counterproductive for them. It costs a lot of money," he says. And, in fact, in the United States tobacco-free hiring is not unusual for companies who say they want to reduce health-care costs and increase productivity.

In Canada, smokers cost Canadian companies $3,396 each in 2006, up 25 per cent from 1997, according to the Conference Board of Canada. These costs are related to absenteeism, productivity, insurance and smoking facilities.

Though smoking numbers are down over all (17 per cent of the population older than 15 smoked in 2010, according to Health Canada, down from 25 per cent in 1999), chances are most employers have at least a few smokers among their staff. (Smoking is completely prohibited in workplaces in Ontario, Nova Scotia, Quebec, Manitoba, New Brunswick and British Columbia, but some provinces allow a separately ventilated room.)

Even in provinces where smoking is not allowed at work, some employers permit smoking in a designated area outside the building. This, though, can still expose non-smokers to second-hand smoke, says Veda Peters, tobacco education co-ordinator at the British Columbia Lung Association. "We're seeing more and more workplaces choosing to make property smoke-free," she says.

Ms. Peters supports smoke-free workplaces for obvious reasons, but she also likes that they do, in fact, seem to curb smoking in general. "When we make a workplace smoke-free not only are the non-smokers happier, but people who smoke either reduce or they are even more likely to quit."

But because health issues in the workplace are obviously not just limited to smoking, Michael Kennedy, national leader of health strategies and wellness at Aon Hewitt in Calgary, encourages companies to balance the needs of those who light up and those who don't by implementing a health and wellness strategy that doesn't necessarily zero in on smokers.

"The conversation should happen in a broader context," says Mr. Kennedy. "In the context of, 'Hey, we care about you and your family and one of the things we want to offer you is a chance to understand your health status and risk, whether it's related to smoking or diabetes or mental health.'"

A more holistic approach to health will also eliminate any concerns smokers may have about being discriminated against, he says.

If companies want to control the financial impact of smokers, there's really only one thing to do, says Ms. Peters: They need to offer support to help them quit. She recommends employers regularly post information regarding health and safety in the workplace that includes details specific to, but not limited to, smoking.

Mr. Guest says companies should re-examine their benefits and include smoking cessation programs if they don't already. Incentives – even financial ones – are an effective way to convince employees to butt out for good, he says. "I've heard of companies offering $500 or $1,000 to staff who quit smoking."

As for limiting the number of breaks smokers take, that's no easy fix. "You just have to limit them to their scheduled breaks and do your best to manage that," he says.

As for smoking cessation programs, the most effective are those held in the workplace proper, Ms. Peters says. "I think everyone wants to be healthy and more people will try something like this if they can do it in a convenient way," she says.

Whatever strategy a company chooses, empowering managers and supervisors with support and training to effectively communicate with staff is key, says Mr. Kennedy. "They're the ones who have to deal with frustration and hear complaints. It helps to support those managers with information on what the legislation says and company policies say."

In cases where a company's core business is health-related, having smokers on staff who light up around customers, such as outside in front of the business, can "tarnish their reputation," says Mr. Guest.

But ultimately, he adds, the goal in every hiring decision should be to recruit the best person for the job, whether or not they smoke. 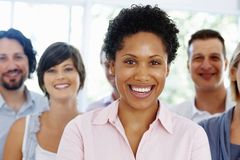 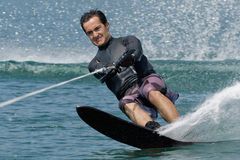 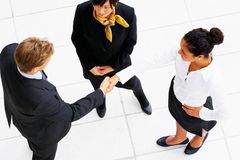 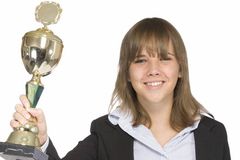 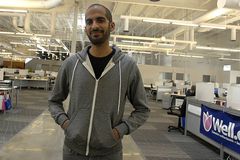