In this month's small business Success Stories profile, we spoke to Nancy Peterson, the co-founder and CEO of HomeStars, an community of homeowners and home improvement companies throughout Canada and the U.S.

As a first-time home buyer, Nancy Peterson was just as confused as anyone when it came to renovating. Despite being a corporate executive armed with an MBA, she found the decision-making around who to hire "absolutely daunting." That became her inspiration for co-founding Home Stars Directory Inc., known as HomeStars, in 2006 – a Toronto-based private company that posts online reviews by home-owners about their local home-improvement experiences.

While the company's mission is to help homeowners get the best-rated tradespeople for their projects, it's the contractors and vendors who provide the revenue by advertising on the HomeStars website. Good reviews are a powerful driver for business so a connection with HomeStars can be highly beneficial – or not, if they garnered negative comments. There's no charge to the homeowners using the site or any obligation to write a review although users are encouraged to contribute, both positively and negatively. The company currently has hundreds of thousands of reviews specifically relating to major cities across Canada, excluding Quebec.

With 50 employees and current annual revenue at close to $5-million, the company has grown 50 per cent year over year for the past three years.

Ms. Peterson, 49, who's also the CEO, previously worked in senior management positions for P&G and then Kraft Foods for 12 years, on brands such as Nabob coffee, Philadelphia cream cheese and Toblerone.

Why did you focus on reviews?

I could have created all sorts of other ideas – directories, photos, credentials and licenses – but really it all boiled down to what is a great predicator of having a successful outcome? In hiring a contractor, you really want to know how they've conducted themselves with past clients. It's sort of like a job interview. Your past success will be a great predictor of your future success.

Sure, no one is a perfect 10. We tell this to companies all the time. They might have some bad clients along the way or miscommunication or maybe one of their employees did a bad job. But ultimately, if they make it right and are a good company doing great work time and time again, that's who people want to find and hire.

Your advertisers are the same people being critiqued. What are your rules around that?

We have a Chinese wall [an information barrier to prevent conflict of interest] between our sales team and our content team. HomeStars is really for homeowners and our number one stakeholder is ensuring that we have a trustworthy site they can rely on to help them make better decisions.

A lot of reviews on HomeStars are very positive. Is the platform as effective as it could be?

We read everything before it goes up so we're actually not automating that process. We were the first to flag reviews four years ago, even before Yelp, so if a review is taken down for any reason, we put up a marker for that user. It may be because it's being investigated or because a home owner asks us to take it down.

I took a call from a homeowner this morning who said the contractor had threatened them over a negative review so we took it down. The review is then marked, 'removed by homeowner'. That's a strong signal if the review is removed by the homeowner.

I'd say 99 per cent of reviews removed by homeowners are because they're afraid for some reason or been harassed or bribed to take down their review. Sometimes it's a positive review but they still want it removed because they're not happy with the company anymore.

Companies may threaten libel or slander when somebody's written something negative. With homeowners in mind, we'll review these before they go up to make sure they're meeting the criteria. Our legal team will reach out and help them write it in such a way that if they had to go to court, they'd be able to defend it. Truth is an absolute defense. We go through these thorough steps learned over the years to protect the review writers and HomeStars from hundreds of lawsuits.

Sometimes a company says they don't recognize the work – for example, they'll say they've never done work in Aurora – but if we get back proof that the homeowner hired this company, then the negative review stays up.

How do you verify reviews?

It's a bit of a black box only because companies want to game. Therefore none of us will communicate how we moderate but we look at the technical things that come in that we can check. Then there's the actual moderated experience on the company. If they've been gaming before, we do certain things based on the situation. We have a pretty button-down process but things can slip through the cracks. We also have whistle blowers. A company contacted us last week about suspicious activity on a competitor's page that we had missed, so we investigated.

How a company is ranked by reviewers can really affect how they're seen on the site – the more good things your customers say about a company, the higher they rank. Contested reviews are immediately removed and fact checked. If something isn't legitimate, we've done measures such as remove our 'best of awards' rating or disqualified them from 'best of awards'.

You wouldn't believe how angry companies get at us. We walk a fine edge. We're loved and hated. At the end of the day, we know we're doing the right thing if companies hate us. We're living up to doing what we're trying to do which is to be the most trusted source.

How did you build the business?

We just started by building a really good body of reviews in Toronto. The first thing I did was go to a home show to find homeowners planning to work on their homes. That was a great move. We still participate at home shows across Canada.

The other was finding individuals who are committed. My CTO has been with me from the beginning. Having pivotal people work with you can absolutely make or break a company.

We worked remotely for the longest time but now we have an office. We take a hybrid approach where we work both remotely and centrally. Past 50 people, you need to have more of a core central space. Rent is a big expense but it can also accelerate your growth if you bring people together. When you're starting a company, you really have to pick and choose what you're investing in.

How do you get remote staff to be part of your culture?

We all use Skype as a virtual water cooler for daily questions and funny stories going on across the country. Then every month we have virtual calls we've named "the heartbeat". It's just a nice way of getting everybody up to date on all activities in the organization, past successes and what our objectives are for the month. We usually have about 25 per cent of the people in the office and the rest just patching in. It's a presentation so we use GoToMeeting and Google+. Then we publish the video on Google+ private community.

For the annual meeting, we book a resort in Ontario to bring every single person together offsite for three days. We've done it for four years now. It's fantastic for our culture. We sit around the campfire and have fun Olympics with people on different teams so they get to know each other.

The constant challenge is building that flywheel of relevant good content in every market. We're locally based so we have the constraint that, for example, you have to live in Toronto and have hired somebody in Toronto in order to write a review. You can't write a review on a company you've never hired. Other review sites allow that but what good is that? It's irrelevant.

Why aren't you in Quebec?

You can just use a translator. It requires dedicated new resources so we haven't crossed that bridge.

What about the U.S.?

When we first first launched, we scaled so we could build in the U.S., but realized it would have required tens of millions of dollars in venture funding, so we took a different track. We're focused on Canada.

What's your advice to entrepreneurs starting an online business?

Really define what you're trying to accomplish. We've stuck true to our mission of helping homeowners since the very beginning. Also, the 'hows' and 'whats' can be figured out, but answering your 'why' will not only help shape what gets you up in the morning but why other people will want to work with you. 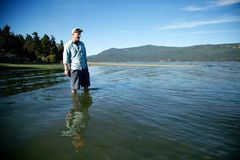 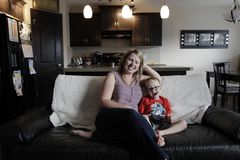 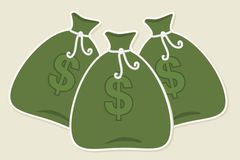 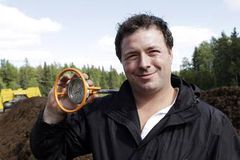 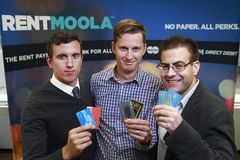 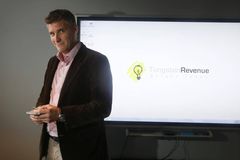 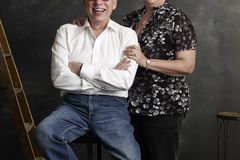