A group of independent Internet providers has launched a challenge of a landmark ruling on wholesale wireless services, arguing that Canada's telecom regulator should have gone further to support more competition in the cellular industry.

The group argues that a model that mandates access at set rates for MVNOs would lead to more competition at the retail level, but the national carriers warn it would undermine Canada's current approach to the wireless industry – which is to encourage operators to invest in their own infrastructure – and could lead to an erosion in service quality.

CNOC has filed an application asking the Canadian Radio-television and Telecommunications Commission (CRTC) to "review and vary" its May decision on wholesale services in the wireless industry.

The main focus of the ruling was wholesale roaming and the CRTC said it will regulate how much the Big Three – Rogers Communications Inc., Telus Corp. and BCE Inc.'s Bell Mobility – charge smaller competitors when their customers roam outside of their areas of network coverage.

CNOC argues the CRTC failed to make a clear distinction between simply marketing and reselling service under a separate brand and "full" MVNOs, which do not own licences for airwaves (spectrum) but do build and operate their own backbone networks and make interconnection and transport arrangements to manage voice and data traffic.

"'Full' is the concept of you provide absolutely everything yourself with the exception of the radio piece, the spectrum piece," CNOC president Bill Sandiford said in an interview Monday. "We think the commission erred in lumping all different types of MVNO together as one."

CNOC's members are known as competitive ISPs and they lease wholesale access to the "last mile" of infrastructure operated by Canada's incumbent telephone and cable companies to provide home telephone, Internet and other communications services. Mr. Sandiford said "at least four or five" CNOC members are seriously interested in expanding their existing businesses to offer wireless services as full MVNOs.

"Our members are willing to invest in the infrastructure [necessary for a full MVNO]. It's not a matter of we just want to make use of what we have because we see a niche for it," he added. "We believe the market will benefit by there being many, many, many cellphone carriers, not just the three big guys and a fourth national carrier."

Mark Langton, a spokesman for Bell, said the commission's ruling "recognized that mandating wireless MVNOs discourages investment in next-generation networks," noting Bell last week announced another advancement in its LTE (long-term evolution, or fourth-generation) technology. He pointed to evidence the Big Three put forth during last year's hearing on the matter suggesting European wireless technology lags behind Canada due to over-regulation.

The CRTC said in its ruling that mandating MVNO access would undermine investments new entrants such as Wind Mobile Corp. and Videotron Ltd. have made in their networks and discourage future investment, particularly outside urban areas.

The commission is accepting comments from the incumbent carriers as well as any other interested party until Sept. 3 and will then re-examine its original decision in light of the arguments before it. CNOC is also challenging the CRTC's decision not to regulate access to tower and cell site sharing services.

To succeed in a review and vary application, an applicant must prove "substantial doubt as to the correctness of the original decision," based on considerations such as an error in law or a fundamental change in the facts since the decision.

Representatives for Rogers and Telus declined to comment in advance of their formal submissions on the matter. 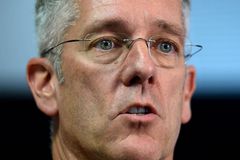 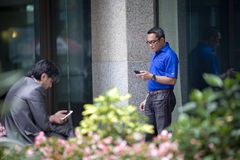 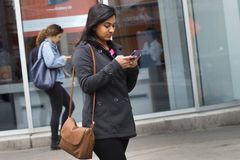