Sobeys Inc. is starting to feel a pinch from bigger rival Loblaw Cos. Ltd. handing out free $25 gift cards to customers to make amends for the giant grocer's part in what it called an industry-wide conspiracy to fix the price of bread.

"If you don't think that people giving away some free groceries for whatever reason with gift cards impacts everybody in the market – it does," Michael Medline, chief executive officer of Sobeys and its parent Empire Co. Ltd., told an analyst conference call on Wednesday.

"To what extent – you can't measure it. It would theoretically make sense. So there's a little bit of noise right now."

The "noise" was prompted late last year when Loblaw, the country's largest grocer, admitted its part in what it called an industry-wide scheme to fix bread prices for about 14 years, pledging to make up for it by giving out free $25 gift cards to customers beginning in January and raising questions about the extent the promotion would hurt rivals such as Sobeys.

Mr. Medline said Wednesday, after Empire released better-than-expected third-quarter results, that he anticipated "increased pressure on sales" in Sobeys's current fourth quarter "as those curious gift cards from our competitor... continue to hit the market."

But, over the longer term, Sobeys doesn't think the Competition Bureau's price-fixing inquiry – or about 10 class-action lawsuits tied to it – will damage its business, the company said.

Loblaw and its parent George Weston Ltd., which owns bread maker Weston Bakeries, approached the bureau in early 2015 to confess their wrongdoing and what they say is the wrongdoing of five other companies, including Sobeys and the country's other major bread producer, Canada Bread, according to court documents. In exchange, the bureau gave Loblaw and Weston immunity from criminal prosecution. The bureau continues to investigate the allegations against the companies, among them discount titan Walmart Canada Corp.

Sobeys has said that, based on the information available to date, it doesn't believe that it or any of its employees have violated the Competition Act. Lawsuits seeking class-action status have been launched against the companies alleged to have participated in the conspiracy.

Sobeys's parent Empire said in a filing Wednesday it doesn't believe at this time the bureau investigation nor the lawsuits "will have a material adverse effect on the company's business or financial condition."

In December, Mr. Medline wrote to Galen G. Weston, CEO of Loblaw and George Weston, accusing him of taking "the opportunity to throw so many other retailers under the bus with you. … To state that there was an 'industrywide price-fixing arrangement' was unfair, unsubstantiated, and quite possibly defamatory."

Amid the price-fixing controversy, Mr. Medline is racing to complete his three-year restructuring effort, which he calls Project Sunrise, to slash costs and turn around Sobeys's fortunes after its disastrous takeover of Safeway Canada in Western Canada in late 2013.

Mr. Medline, former CEO of Canadian Tire Corp. Ltd. who took the helm at Sobeys in early 2017, has made progress in revitalizing the grocer, which is the country's second top supermarket retailer.

"We will make every tough decision we need to in order to win," Mr. Medline said. "We're changing the culture of Sobeys. Our leaders are expected to deliver Sunrise results and strengthen our company to win in the future. No excuses."

Mr. Medline has announced Sobeys will expand its FreshCo discount grocer in Western Canada in about nine months, overhaul marketing and merchandising initiatives and build a $70-million robotic distribution centre for a centrally supplied grocery e-commerce operation in the Greater Toronto Area by 2020 in partnership with the British firm Ocado Group PLC.

Sobeys still needs to raise its sales significantly for the retailer to see a true recovery, Mr. Van Aelst said in a note. It has lost almost four percentage points of market share over the past five years "and it is difficult to gain that back at a time when it is slashing costs (restructuring), launching a discount banner in new geographies, and building a state-of-the art e-commerce distribution network."

Mr. Medline said Sobeys has made great strides in its revamping, however "of course, we're not out of the woods yet. We're still in the riskiest phase of transformation."

But he said he didn't want his team "chasing market share" with heavy discounting at the expense of "getting Sunrise savings and being strong in the long term."

He said Sobeys's e-commerce investment and deal with Ocado will pay off in the long haul. "If you don't believe in grocery e-commerce, this is not the deal for you … We will have the highest market share of any grocer and we will be competing with you-know-who." He was referring to e-commerce powerhouse Amazon.com Inc., which last year acquired Whole Foods Market and is expected to beef up its online groceries in the coming years.

Sobeys also reiterated that higher minimum wages in Ontario and Alberta as well as drug-price reforms will reduce its earnings in the coming years by tens of millions of dollars but it is developing strategies to offset the hit.

Empire's profit in its third quarter, which ended Feb. 3, almost doubled to $58.1-million or 21 cents a share from $30.5-million or 11 cents a share a year ago. Sales rose to $6.03-billion from $5.89-billion, while same-store sales excluding fuel increased 1.1 per cent. The company said its internal inflation rate of 1.6 per cent helped boost sales. 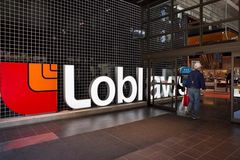 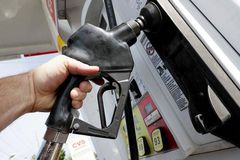