Trevor Scherman had a major frost last year on his farm near Battleford, Sask., about 140 kilometres northwest of Saskatoon.

Data from the nearest Environment Canada weather station, about 25 kilometres away, disagreed with him – it said there was no frost in the area. Fortunately, Mr. Scherman had his own sensors.

Deployed around his 4,500-acre farm, the devices indeed recorded two days of frost, which let him approach his insurance company about covering the cost of the damage.

With definitive data in hand, the insurer gave him the go-ahead to replant his crops, thereby saving the harvest that would occur months later.

"I was basically done reseeding before [other nearby farmers] even considered it," he says. "If I had delayed my reseeding, by even seven days, that could have been very costly."

Mr. Scherman is what you might call a data farmer. That doesn't mean he tends numbers and information all day, but rather that he applies modern technologies and the data they generate to his farm, where he grows peas, lentils and canola.

Aside from the weather stations, he also uses drone footage and satellite imagery, both of which provide him with even more information about the state of his land.

He's an example of a new generation of farmers that are adopting Big Data – more known for its applications in fields such as accounting and financial services – to improve yields and overall business.

Agriculture experts say this new wave is gathering momentum – that the majority of farmers are now waking up to the value that technology and data can unlock.

The growth of Farmers Edge can be seen as proof. Started in 2005, the Winnipeg-based company sells "precision agriculture," or weather and soil data along with the tools to gather it. Mr. Scherman is a subscriber, paying the company about $4 an acre.

Farmers Edge is now up to 450 employees and operates in five countries: Canada, the United States, Australia, Brazil and Russia. In Canada alone, where there are about 200,000 farms, the company has about 2,000 clients.

Its growth has been especially fast recently, with the total land it surveys for clients now at 10 million acres, up from just 800,000 acres three years ago.

"We're at a tipping point in the industry," says chief product officer Patrick Crampton. "We're now getting focused recommendations and insights rather than just gathering data for data's sake."

Improved satellite imagery is partly driving the momentum, he adds, since it's now more accurate, detailed and in real time. Farmers are also realizing that they can benefit from their neighbours' data as well, which is aggregated by the company.

"It's opening up insights that aren't just happening on your farm," Mr. Crampton says. "Instead of learning from one season of data, you're learning from 2,000 man years of data."

Despite that, many farmers are still finding challenges in accessing data because of their rural locations. In many cases, internet and wireless coverage is spotty or expensive, while power and the cost of sensors can also be challenges – especially in less-developed countries.

FarmBeats, an internet-of-things platform under development by Microsoft, is trying to help on those fronts. The project is working to lower the cost of both connectivity and sensors.

The software giant has been experimenting with "white spaces," or unlicensed parts of wireless spectrum that exist in between cellphone and television signals.

Along with other tech giants including Google, the company believes such frequencies can provide inexpensive internet connectivity to rural communities, including farms.

"You could be sending huge amounts of data where you couldn't before," says Ranveer Chandra, a principal researcher at Microsoft.

FarmBeats is also working on cheaper ground-level sensors, which can currently cost as much as $8,000 (U.S.). The project has succeeded in producing a full processing unit for about $175, with the ultimate goal of getting down to about $80.

Mr. Chandra also believes artificial intelligence can be applied to the sort of data that Farmers Edge gathers in order to predict future weather patterns and soil conditions. Drones, for example, can use infrared scanning to detect soil moisture levels.

Over time, with enough information, the data can suggest to farmers which parts of their land need more water and which need less.

"Any insights we provide, we believe are actionable," he says. "We want to take the guesswork out of farming."

Sean Stratman, who runs Dancing Crow Farm in Carnation, Wash., about 50 kilometres west of Seattle, has become hooked on FarmBeats' data since he started working with the project three years ago.

The project's moisture sensors have helped him to cultivate his land more precisely. FarmBeats' data has even predicted how a beaver dam that sprouted up on his land would affect moisture levels.

"As I'm starting to understand the value of this data and all of the possible ways I can use it … I'd say it's pretty much priceless," he says. "I feel like this is one of the most important tools I have in my arsenal."

Despite the rapid uptake in recent years, experts believe the agricultural data revolution is still only in its infancy, with much more useful information to be unlocked over the coming years.

"We're leaving a lot of data on the table," says Stanford Blade, dean of the faculty of agricultural, life and environmental sciences at the University of Alberta in Edmonton. "There's a huge amount of information that we're just starting to stumble onto."

Cellphone cameras use AI and machine learning to sharpen up their image
November 27, 2017 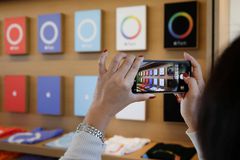 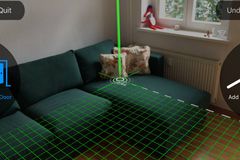 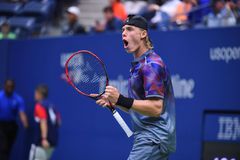