In the shadow of BC Place in Vancouver and in the dark reaches of the Downtown Eastside, exists a business with heart: SOLEfood Farm. It is a business like no other, whose primary goal is social, with a secondary aim to become a model for urban agriculture.

"When I got into this project, I was pretty hell bent that we should operate like any other farm, and generate our entire budget by the pound from farm sales," says Michael Abelman, co-founder and director of the farm. "What kind of a model could we be if we could not do that?"

In 2009, the project's first year, the farm grew 10,000 pounds of produce on its first half-acre lot, an incongruous site against the walls of the Astoria Hotel in the Downtown Eastside, a neighbourhood that is home to many of the city's most disadvantaged.

This year the farm multiplied its first-year output by 10. It has grown about 100,000 pounds of exotic fruit and vegetables on top of unwanted, contaminated or paved ground in a city that puts the use of local food near the top of its goals to become the greenest city in the world by 2020. In doing so, SOLEfood Farm won a Brownie award this year for best large-scale use of brownfield land, a recognition from the Canadian Urban Institute.

Despite the rapid growth, however, the experience has shown Mr. Ableman that a social enterprise like SOLEfood cannot operate like other for-profit farms.

The five verdant sites are a marvel of innovative and intense agriculture production, and the idea of providing meaningful work and a lifeline to the disadvantaged is inspiring, but the finances of this social enterprise are enormously challenging.

"Unbelievably hard," Mr. Ableman said, a carrot peeking out of his shirt pocket.

An author, photographer and farmer, Mr. Ableman, 58, has tilled urban soils for 40 years, starting in California, where he ran a project for 25 years, including a plot in the Watts neighbourhood in southern Los Angeles. Plagued by violence, high infant mortality rates and high unemployment, Watts was a challenge that Mr. Ableman navigated by growing vegetables to forge a connection to the community.

Mr. Ableman moved to Canada about a dozen years ago with his wife and two sons to farm 120 acres on Salt Spring Island, where he directs the Center for Arts, Ecology and Agriculture. But he missed being in the trenches. When he met SOLEfood co-founder Seann Dory, who worked for a Vancouver charity creating employment for inner-city residents through recycling, he saw an opportunity.

The city has provided the duo with land, in some cases. Some landowners get a 65-per-cent property tax break for the project, incentive to give the farm a temporary home, at least. Some landlords give more. Concord Pacific, which owns the land near BC Place that serves as SOLEfood's most high-profile site, pours the money it gets from the tax break back into the farm.

If, however, landowners are reluctant to turn over unused valuable real estate to a farm, SOLEfood has come up with a carefully constructed lease that says the farm will move at short notice using a fork-lift system to remove planting boxes.

But the land is only part of the story. Agriculture is a challenge financially to begin with, but with SOLEfood, the infrastructure (rows and rows of planter boxes filled with tonnes of fertile and clean soil) is enormously expensive. Mr. Dory says it costs $80,000 to $90,000 to set up a half-acre lot before they put the seeds into the ground.

The seeds? French and Italian artisan varieties. Why such high-brow produce? Because SOLEfood can't compete with large-scale open-field agriculture, its produce is unusual: beets in three colours, carrots in four, peppers and tomatoes in unique sizes, spinach leaves the size of dinner plates. Their produce is not the cheapest on the market.

"I don't want people having to pay for food out of charity," Mr. Ableman said. "We want them to buy it because it's the best."

Still, Mr. Dory says once the infrastructure is in place, it is possible that the farm can at least support the jobs. "Agriculture is never going to make money, but I think it's a viable enterprise, and the point isn't really to make money anyway," he said.

Costs are also higher because the produce is grown by the hand of people who have never planted a seed or tilled the ground before. And they certainly haven't seen anything like the innovative practices used by SOLEfood: As a space-saving measure, SOLEfood grows strawberries in tall vertical pipes, with holes at various intervals.

Training is also necessary. Paid $10.50 an hour – a little more than minimum wage – employees work in the field when they are able. Some, dealing with drug addiction, may disappear for a few days.

"There are a lot of ups and downs," Mr. Ableman said. "I have come to realize that addiction is a lifetime experience and, as such, we have allowed for that in our employment model."

Not all of the expenses of the farm can be recovered by selling tomatoes and peppers by the pound, Mr. Abelman said. Therefore SOLEfood is solely owned by a charity, Cultivate Canada, that raises financing through private foundations.

SOLEfood operates like an ambassador for local food for Vancouver, said Andrea Reimer, head of Vancouver's greenest city initiative. Vancouver's main rapid transit system runs directly above one of SOLEfood's fields. "You can look down and see the farm every day," she said. "We have half a million people a day travelling past that farm."

And the farm has become an anchor for some lost souls of the Downtown Eastside. It encourages people just to show up every day, and make a commitment, to witness the power of planting a seed and watching it emerge, nurturing it to harvest and providing nourishment to the community. "There's something really powerful about that process that has a profound impact on all of us," Mr. Ableman says.

If SOLEfood has changed its employees for the better, it has also changed Mr. Ableman, too. "I have seen a level of courage and determination among our staff that you would be hard-pressed to find anywhere," he says. "I see these folks rise up against incredible personal challenges. …I've seen the dignity of these folks. I think there's a very thin line that separates any of us from folks who are living on the margins of the Downtown Eastside."

One of the farm's employees has gone off social assistance for the first time in her life. "I don't know if we can attribute that to our work," Mr. Ableman says. "But I think there's a connection." 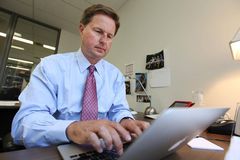 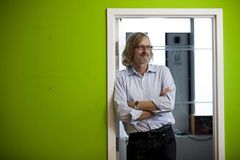 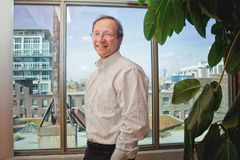 You’ve got three minutes to sell your idea to save the world
November 1, 2012 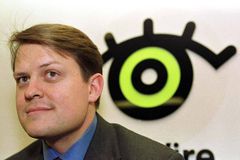 Starting a company while coping with mental illness
November 9, 2012 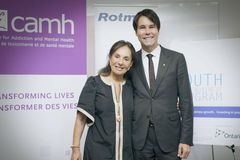