Soulpepper's growth from a small Toronto theatre company into one of Canada's most successful artistic ventures was fuelled by the dynamism and passion of artistic director Albert Schultz, who resigned Thursday after allegations of sexual misconduct spanning several years.

But its progress was also made possible by Mr. Schultz's remarkable knack for corralling support from some of the most influential names in Canadian business – sharp minds who could lend their connections, financial acumen and fundraising might to Mr. Schultz's vision for Soulpepper. As a result, the theatre company's  board stands out for its firepower.

Among the most prominent current board members are Rogers Communications Inc. CEO Joe Natale and Delaney Capital Management partner David Fleck. Nancy McCain, a scion of the McCain Foods Ltd. dynasty and wife of federal Finance Minister Bill Morneau, serves alongside Maureen Dodig, who is married to Canadian Imperial Bank of Commerce chief executive officer Victor Dodig – a former Soulpepper board member himself. James O'Sullivan, who heads Canadian retail operations for Bank of Nova Scotia, is one of several senior bankers around the boardroom table.

Many likely joined the Soulpepper board not only to indulge a love of theatre, but to make social connections, raise large sums of money and enjoy the satisfaction of contributing to Canada's cultural sector.

But now they find themselves under scrutiny for their oversight of a company in turmoil, and facing questions about its governance. They are also tasked with investigating allegations filed in separate lawsuits against the company and Mr. Schultz, through which four women who worked at Soulpepper are seeking millions of dollars in damages. None of the allegations have been proven in court.

On Wednesday, Soulpepper announced the board has launched an investigation into Mr. Schultz's conduct, and instructed him to step aside until it finishes. Initially, Mr. Schultz said he would take a "leave of absence." But late Thursday afternoon, the company accepted his resignation.

A Soulpepper spokesperson said the decision "ensures the organization is able to move forward with confidence and remain a leading Canadian theatre company."

"All I can say is that I am saddened for the theatre world. That's all I can say. It's shocking," said board member Raj Kothari, a managing partner for Greater Toronto at PricewaterhouseCoopers LLP, who has been involved in theatre since childhood and whose daughter is an actor.

"I've only been a board member for the last two and a half, three years. I had no idea, no idea," he said of the allegations against Mr. Schultz, directing further questions to board chair Shawn Cooper, who did not respond to questions on Thursday.

Numerous other board members contacted by The Globe either declined to comment or did not respond.

Soulpepper's board, which has a human resources committee, also faces tough questions about the company's governance structure. Under company policy, complaints about violence or harassment were to be directed to executive director Leslie Lester, or to Sarah Farrell, the director of human resources. But Ms. Lester is married to Mr. Schultz, and now on voluntary leave, while Ms. Farrell also serves as Soulpepper's general counsel.

The plaintiffs in the lawsuits – Patricia Fagan, Kristin Booth, Diana Bentley and Hannah Miller – say in court filings that they could not expect to report alleged misconduct "without the perception of bias and fear of reprisal."

Margaret Bramhill, a lawyer at KBA Partners LLP who has handled sexual harassment cases, said issues of potential bias arise more often in smaller companies, but that doesn't diminish the need to be fair. "It doesn't really matter the type of organization or the setup, at the end of the day, when they're putting together these policies and procedures, they need to make sure they're cognizant of any potential bias or conflict," she said.

Late last year, Soulpepper also undertook a "workplace culture review" after earlier complaints of sexual harassment were made against Hungarian theatre director Laszlo Marton. The findings suggested that Soulpepper "did not have any significant concerns with respect to our policies and procedures," according to a company e-mail. 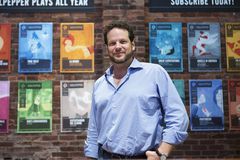