Alberta has lost its vaunted top-notch credit rating with a key global rating agency, which cited the province's increasing debt and the oil-price collapse for the downgrade.

Standard & Poor's cut the province's debt rating to double-A-plus from triple-A, a move that Premier Rachel Notley's NDP government had sought to avoid in its October budget, even as it warned of a major hike in debt to fund stimulus spending.

It represents a big blow to a provincial economy that has sustained several in the past year as the energy sector slashed spending and jobs to deal with crude prices that have recently sunk below $35 (U.S.) a barrel from more than $100 just 18 months ago.

The move ends years of top-rated credit for the energy-producing province as a string of budget surpluses, booming economic activity and low debt afforded Alberta the most favourable borrowing costs. In the recent budget, the government projected a $6.1-billion deficit this year and warned of a $47.4-billion debt load by the end of the decade as it implements a plan to create jobs through infrastructure spending.

It also limited debt to a maximum 15 per cent of gross domestic product, half the Canadian provincial average, to protect its coveted triple-A credit rating. At the time, Ms. Notley deemed a downgrade as unlikely.

Finance Minister Joe Ceci said he is disappointed with the downgrade, but defended the government's "balanced and responsible fiscal policy" to deal with the downturn while trying to avoid slashing front-line services in health care and education. It plans to balance the books by 2019-2020.

"What this reflects is the global price drop in oil and the reliance of the Alberta economy on that," Mr. Ceci told reporters. "It's not something unanticipated; in fact many oil companies are feeling the same sort of credit-rating drop as we are. We'll manage our way out of it."

The Wildrose opposition party said the downgrade will weaken investor confidence in the province. It is the result of a lack of control over government spending, and that it will hurt the province and municipalities through higher borrowing costs, the party said in a statement.

Mr. Ceci said he expects little or no increase in such costs. "Our investors are well-aware already of the challenges that we're facing in Alberta due to the downturn, so the markets have already reacted to this reality," he said.

The government has no plans to rethink the ambitious capital spending plan, which comes as the private sector has pulled back on its expenditures in a big way, Mr. Ceci said.

S&P's outlook for Alberta is "stable," reflecting expectations of economic growth in the next two years and an overall debt burden that should remain moderate, despite projected deficits through 2018.

Last month, another agency, DBRS Ltd., confirmed its triple-A rating with a stable outlook. It said the fallout from tumbling oil prices was manageable, although higher debt levels above current projections would be a cause for concern. Moody's Investors Service also rates Alberta as triple-A rating. It has warned that any sustained increases in debts above 60 per cent of revenue combined with a failure to protect the value of the province's Heritage Fund could put pressure on its rating. 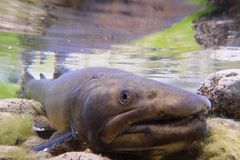 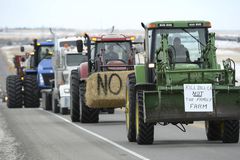