In a bid to take on a building-set behemoth, Canadian toy company Spin Master is reviving a classic.

Toronto-based Spin Master Ltd. has acquired the iconic Meccano construction set line, with the ambitious goal of challenging Lego AS's dominance in the category, at a time when toy sales are slipping overall.

"Meccano is an iconic global brand that has a heritage like no other," said Anton Rabie, co-chief executive officer and co-founder of Spin Master. "The brand has not undergone a lot of dramatic innovation over decades."

Spin Master, whose product line includes Air Hogs and Bakugan Battle Brawlers, has a knack for breathing life into toys with marketing and design savvy, analysts say. But the resurrection of Meccano – a still popular brand in European markets such as Britain and France, but less so in North America – won't be without challenges: While building toys are one of the few buoyant toy categories, its pace of growth is starting to slow.

Toy makers have been struggling for years to pick out winners in a landscape that is increasingly dominated by Angry Birds and other popular digital applications.

Denmark-based Lego Group has managed to beat the odds with its highly popular plastic building sets, in part by expanding its product line to include toys aimed specifically at girls.

Now Spin Master, which is on its own comeback trail after several years of soft sales, is branching out and betting on the burgeoning building-set category with the steel-pieced Meccano, known as Erector Set in the U.S.

"For a savvy company like Spin Master, it might be a great opportunity to migrate kids from plastic to steel construction sets," said Gerrick Johnson, toy analyst at BMO Nesbitt Burns.

"Here's the biggest challenge: the category has been very strong for a long time. But in the toy business, these trends don't last forever."

Sales in the U.S. toy market, which is estimated at $21-billion (U.S.), dropped in the high-single digits over the the past 11 years, but sales of building sets have quadrupled over that period, according to Spin Master's research. But while sales in the $1.8-billion construction-set category rose 20 per cent last year, they've increased only about 5 per cent so far in 2013, Mr. Johnson's estimates show.

And Meccano has a long way to go if it hopes to catch Lego, with annual revenue of roughly $4-billion. Meccano's annual sales are about $40-million, down from a peak of $60-million in the 1960s. Spin Master paid an estimated $15-million for the brand. Other players in the category include Mega Brands Inc.'s Mega Bloks, K'nex and Trio from Mattel Inc., and Kre-o from Hasbro Inc.

Even so, Meccano is "a pretty amazing brand" with a small but steady customer base, said Jonathan Levy, chief executive officer of the Toronto-based Mastermind LP toy chain. "Meccano has the potential, positioned the right way, to have a renaissance."

Mr. Rabie said the company is looking to attract younger children to Meccano, partly by tripling its marketing budget next year and teaming up with popular licensing partners. It also plans to transition to the Meccano name in the United States, where awareness of the Erector brand is only about 55 or 60 per cent. Brand awareness for Meccano in Canada is about 70 per cent; in countries such as Britain and France, it's closer to 90 per cent, he said.

Spin Master will also stay true to Meccano's heritage of attracting serious building-set players, he added. They tend to spend twice as long building, compared with Lego, and they tend to focus more on the process than the final built toy. "They are two different kids," Mr. Rabie said.

The Meccano purchase is part of a broader bid by the company to revive its fortunes by making about $100-million of acquisitions annually over the next couple of years, diversifying into new but related categories.

In 1898, Frank Hornby realized his young sons wanted to build mechanical models of the ship-loading cranes they loved to watch at Liverpool's port, but "without the laboriousness of turning, boring, and careful adjustment."

His novel solution: an assortment of metal pieces with perforated holes, which could be easily affixed to one another without the need for special tools – simple nuts and bolts did the job.

He billed his invention, initially dubbed "Mechanics Made Easy," as both a toy and an educational device. "A child of ordinary ingenuity can build a toy railway station, signal boxes, lines, points and other railway accessories," Mr. Hornby wrote in his 1901 patent application.

It was first sold under the Meccano brand name in 1907.

Mr. Hornby opened the first Meccano factory in Liverpool, and quickly expanded to keep up with rising demand.

By 1920 the company had factories in Germany and France as the construction kits began to sell on the continent. The main production site was built in Calais, France, in 1959, which remains the company's headquarters today (the Liverpool factory closed in 1979).

About 70 per cent of Meccano sales are outside France, in more than 50 countries, with subsidiaries in the United Kingdom and Hong Kong.

In 1965, the company launched its Meccano Junior line, with plastic parts aimed at younger children.

In recent years Meccano has tried to overhaul its 19th-century toys to appeal to a digital generation.

In 2008, it launched a range of motorized robotic toys, equipped with a webcams and controlled by WiFi.

It has also licensed several video-game titles for branded sets, including Sonic the Hedgehog and Gears of War. 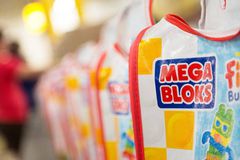 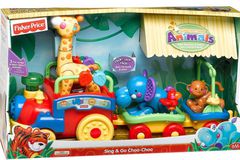 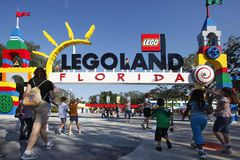 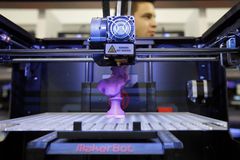 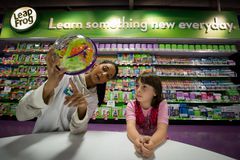 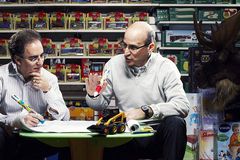