Start-up airline Canada Jetlines Ltd. is promising affordable base fares, but that means travellers will pay for other services, including paying for baggage that goes into overhead bins.

This is ultra low-cost carrier strategy, which is what Canada Jetlines says it will be when it starts flying – scheduled for the summer of 2018.

Canada Jetlines hasn't established fares or fees yet, but "the whole premise of an ultra low-cost carrier is low costs; we've got to look for low costs in every aspect of the operation," chief executive Stan Gadek said.

"You want a base fare from A to B? Perfect, we've got that. Do you want bags? Do you want travel insurance, do you want a soda, etc? That's going to be extra and there's nothing wrong with that," Mr. Gadek said. "Our demographic is value oriented, they want value for their dollar. There's a certain segment of our population that will cross the street to save money."

They're also crossing the Canada-U.S. border to take advantage of lower fares. As many as 5 million Canadians cross the border annually to airports located in such cities as Bellingham, Wash., Grand Forks, N.D. and Buffalo, N.Y., to fly to U.S. destinations on low-cost airlines, the Canadian Airports Council said in a 2012 study.

Canada Jetlines believes it can skim off some of the Canadian traffic that is heading to those U.S. airports.

"We have an opportunity to turn that around because we have the currency working for us," executive chairman Mark Morabito said.

Those same people will be targeted by WestJet Airlines Ltd., which announced earlier this year that it will establish its own ultra low-cost carrier.

The Canada Jetlines executives said they believe the WestJet unit is targeted at their start-up but said that airline is moving beyond the low-cost space by adding international flights and taking aim at Air Canada's dominant position among Canadian air travellers.

The fees for baggage carried in the overhead bins will be higher than the charges for bags carried in the cargo hold, Mr. Gadek said in an interview Monday in Toronto. That is designed to make boarding and emptying the aircraft more efficient. Smaller bags, such as those that contain laptops, will not be subject to a fee.

Canada Jetlines said in a presentation that its costs will be 30 per cent lower than those of larger and established airlines Air Canada and WestJet and it will offer "super low fares, well below the competition."

The concept of charging fees for bags carried in overhead bins is new to Canada, but is prevalent among low-cost U.S. carriers.

Allegiant Air, a unit of Las Vegas-based Allegiant Travel Co., charges between $10 (U.S.) and $75 for a bag that goes in an overhead bid. Denver-based Frontier Airlines charges $25 if passengers pay the carry-on baggage fee when they book and $50 at the departure gate.

Mr. Gadek and Canada Jetlines executive chairman Mark Morabito are in Toronto this week meeting the financial community and officials from airports in Hamilton and Kitchener-Waterloo, one of which will be chosen as what they called a "focus city" that will be the centre of operations for the carrier, including such activities as maintenance.

Mr. Gadek, a veteran of such airlines as AirTran amd Sun Country Airlines, was appointed CEO on June 1.

The plan is to begin flying with four leased Boeing 737NG 700 or 800 models that are relatively new – in the range of about five years old.

Good leasing deals are available on planes of that age as many global airlines update their narrow-body fleets with the brand-new 737 Max models now being built by Boeing Co.

Under the second six-month period of operation Mr. Gadek has mapped out, the airline would add two more planes during the winter of 2018-2019 and begin offering flights to sun destinations. 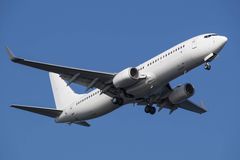 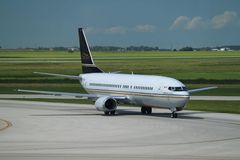