The media firm, best known in Canada for its commercial-free streaming service Stingray Music, has been an active industry consolidator since it went public in 2015. It has made six acquisitions in the past year alone, including a deal for Israel-based application developer Yokee Music Ltd., and now derives more than half its revenue from international sales.

Mr. Coderre will help Stingray hone its political insight, build alliances with industry players and secure high-level meetings with decision makers key to its global development, the company said in a news release slated for publication on Friday. The job is understood to be part-time.

Mr. Coderre, a former federal cabinet minister, served as Montreal mayor from 2013 to 2017. He was generally regarded as a combative mayor who put himself at the centre of big issues, from his opposition to Canada Post discontinuing home delivery to his defence of a controversial ban on pit bulls. He presided over a period of major economic growth during which he raised Montreal's status on the international stage, helping the city to emerge from a cloud of corruption and regain its mojo.

However, his penchant for marquee projects and splashy events caused him to fall out of touch with the priorities of ordinary Montrealers, who booted him out of office last November in favour of the affable but untested Valérie Plante.

There had been speculation that Mr. Coderre was mulling a return to municipal politics given the rough start to Ms. Plante's term. Since she entered office, the new mayor has been forced to the defensive on several issues including tax hikes and a proposal to end through-traffic across Mount Royal.

Mr. Coderre is already well acquainted with Stingray's founder and chief executive, Eric Boyko, and senior management. Last June, when the company held a news conference to announce it was hiring 400 new employees and expanding its head office, Mr. Coderre was invited to say a few words. He spoke with his classic blustery charm, and offered snippets of a Montreal-is-back commentary. "There is an extraordinary effervescence going on, growth is happening and it's because of companies like Stingray that are not afraid to push forward," Mr. Coderre said at the time. 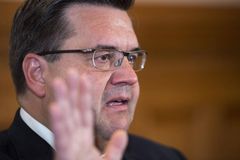 Opinion
Why Denis Coderre was voted off the island
Subscriber content
November 8, 2017 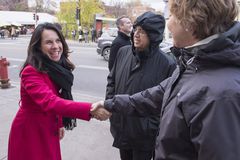