A Senate committee is urging Ottawa to phase out rent charged to large Canadian airports to make them more competitive with U.S. border terminals that have been luring passengers from north of the border.

"Flying in Canada is relatively expensive. A Canadian flight between major cities may be twice as expensive or more than a comparable U.S. flight," said the 21-page Senate report titled, The Future of Canadian Air Travel: Toll Booth or Spark Plug?

To help narrow the competitive gap, the Standing Senate Committee on Transport recommends that the federal Conservative government reduce and eventually eliminate federal rent collected from major airports across the country.

"Ground rents are just one of many taxes and fees borne by Canadian air travellers," said the report issued Tuesday by the Senate committee, whose chairman is Dennis Dawson, a Liberal, and deputy chairman is Stephen Greene, a Conservative. "The high cost of flying in Canada is limiting potential economic growth."

Major Canadian airports have been lobbying for relief from paying ground rent to the federal government for years. Besides rent, other revenue-generating sources for Ottawa include the air travellers security charge, aviation fuel taxes and HST, say critics, who note that the U.S. government subsidizes air terminals in that country.

"The effects of this different model for airport funding are stark," said the Senate report. "With just over 75 per cent of the Canadian population living within 90 minutes of the U.S. border, many Canadians are driving south to take advantage of lower American fares rather than fly from their local Canadian airports. The Canadian Airports Council estimates that in 2011, 4.8 million Canadians chose this option, an increase of 15 per cent from 2010."

Since 1992, when Ottawa began transferring responsibility for operating large airports to local groups, Ottawa has become hooked on revenue from air terminals, according to the committee. From 1992 through 2009, the 14 leading Canadian airports paid a total of $3.3-billion in rent to Ottawa, plus those facilities have invested billions of dollars over the years in new buildings, runways and other infrastructure.

The report cited testimony during Senate hearings from the president of the Tourism Industry Association of Canada, David Goldstein, who commented: "In the U.S. they see their airports as economic spark plugs, and we see them as toll booths."

The Senate committee said it's time for Canada to develop a national air travel strategy. "Government taxes and fees associated with air travel, starting with ground rents, need to be reduced to help make air travel in Canada more affordable and more competitive," said the report. "The committee recommends that, concurrent with the long-term plan of ending airport ground rents, Transport Canada transfer federally owned airports in the National Airports System to the airport authorities that operate them."

In a statement on Tuesday, Mr. Goldstein welcomed the findings. "The recommendations in this report provide smart policy fixes that would allow our travel and tourism sector to thrive, providing economic growth and creating jobs across the country," he said.

Daniel-Robert Gooch, president of the Canadian Airports Council, said the Senate's study is important and sets the stage for talks with government and industry partners.

Transport Canada is reviewing the Senate committee's findings. "The department continues to engage industry and stakeholders regarding the future of the aviation industry on an ongoing basis. Our Conservative government supports a strong and competitive Canadian air industry. Canada's air industry is based on the user-pay principle, which ensures that taxpayers do not subsidize air travel," Ms. Sicard said in a statement.

"In Canada, those who fly pay for the system. Our government will continue to keep taxes and fees as low as possible, while ensuring the ongoing sustainability of our airports."

Canadians flocking to U.S. airports in search of cheap fares
May 3, 2018 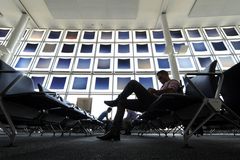 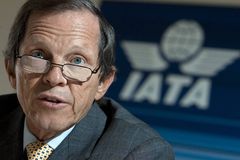 An ominous flight pattern: Canadians opting for U.S. airports
May 2, 2018 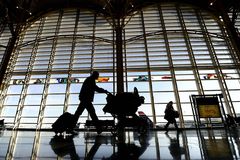