Monster growth from streaming services in 2016 gave the global recorded music industry its biggest revenue boost in two decades, as all-you-can-hear services such as Apple Music and Spotify continue to transform the ways people hear and discover music.

These subscription services passed the 100-million paying-user mark in 2016, pushing revenue from streaming up 60.4 per cent, in turn driving year-over-year industry revenue growth of 5.9 per cent to $15.7-billion (U.S.). These figures, released Tuesday in the International Federation of the Phonographic Industry's latest Global Music Report, are even bigger than in 2015 – itself the first time since the heyday of illegal file-sharing in which the industry saw significant growth at all.

The way consumers hear music is still undergoing a massive restructuring. Physical sales income fell 7.6 per cent worldwide last year – despite the oft-praised "vinyl revival" – while download revenue fell 20.5 per cent. In many countries, a day will come soon when the notion of buying music will be a niche proposition in a streaming-centric world. As much as the industry celebrates its return to modest revenue growth, its sustainability is not guaranteed and massive change could still happen as labels work out their relationships with the tech companies leading the charge.

"Technology is not just increasing accessibility – it is creating new modes of consumption, and it is changing what is being consumed," Michael Nash, executive vice-president of digital strategy of Universal Music Group, said on a conference call Tuesday.

Universal is the world's largest record label. "To breathe a sigh of relief and rest on our laurels as if we've arrived at our destination would be to completely misread our landscape," Mr. Nash said.

As the IFPI works in more developed countries to establish fairer compensation through legislation – arguing that services such as YouTube don't deliver enough revenue to labels from user-uploaded content – it's also seeing success in new markets.

"Streaming is opening up a lot of new markets [that] the industry until now didn't have a lot of access to, like China or Mexico," the international record-label lobby group's chief executive Frances Moore said in an interview. "The potential is huge. … But it has to be sustainable."

Canada grew in 2016 to become the sixth-biggest music market in the world, from the seventh, thanks to its own massive streaming uptake. Spotify did not enter the country until 2014, and Apple only started streaming in 2015, leaving Canada to play catch-up with the medium – but it's moving fast.

Led by subscriptions, total streaming revenue here more than doubled in 2016, to $128-million. That accounted for more than half of all Canadian digital music revenue and more than a third of the country's total revenue of $368-million, which was up 12.8 per cent from 2015.

Data provided by the IFPI suggest that at its low in 2014, global recorded-music revenue had fallen 40 per cent from the soaring heights of boy-band-era 1999. The slight recovery comes as new players gain more control over how consumers access music: streaming services, seeing massive growth as they compete with one another, now account for 59 per cent of global digital revenues.

"Streaming is driving revenue growth by both growing the base of users and, crucially, increasing the spend of more casual music spenders," music-industry analyst Mark Mulligan wrote in a note.

Services such as Spotify, Apple Music, Tidal and Google Play Music offer libraries of millions of songs for about $10 a month, with some services, including Spotify, offering free ad-supported tiers. But beyond platform competition, streaming services are also in a tug-of-war with traditional record companies – one with no clear winner yet.

Spotify, for instance, has been renegotiating its licensing deals with labels and recently signed agreements with Universal Music Group and a group of independent labels that gives artists more control over whether their music gets released on a free tier. Apple Music, meanwhile, has begun assisting big-name artists such as Frank Ocean and Chance the Rapper to release music without a label at all, cutting the traditional middlemen from the process entirely and providing labels with an existential threat.

Half of all recorded-music revenues were from digital sources, according to the IFPI, with streaming leading the way. Physical music accounted for 34 per cent of income – thanks to CD-hungry markets such as Germany and Japan – with the remainder of money generated by royalties from indirect plays, such as in public venues or from songs included in ads and films.

The report declared Drake, Canada's golden boy, the No. 1 recording artist in the world last year, echoing data from other music-industry watchers. Justin Bieber was No. 5 and the Weeknd was No. 10. 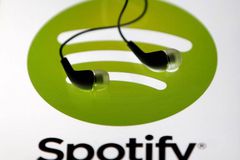