Where stocks are frequently traded in liquid markets, making money on them requires a super-power that probably doesn't exist. To make money (consistently, that is) in Google stock, you've got to be better at analyzing information about Google than thousands of highly paid analysts and traders who themselves can't beat each other consistently. And if you find someone who has this power, it will cost you a lot of your money to have them invest it for you. And you probably haven't found them. If you don't want to believe me, believe Cliff Asness and John Liew.

Alternatively, you could find a stock that is lightly traded, round up a bunch of buddies, buy a large position in that company, trade that stock amongst yourselves to push up the price, then find someone who will buy the artificially inflated stock and book a flight to Mexico.

The last part of that plan I heartily recommend, because if you stay in Canada, you're going to get hammered by our securities regulators. Just ask Thalbinder "Thal" Poonian and his coterie of affiliates who got hammered by the B.C. Securities Commission to the tune of about $28.5-million – that's the roughly $7-million they made, and another $21.5-million in sanctions, or three times their initial profit – and received permanent trading bans.

My colleague Janet McFarland wrote about the decision back in September when it first came down, and on Wednesday the BCSC announced its sanctions against the defendants. Market manipulation cases happen so infrequently that it's worth taking a closer look at this one, if only because it's basically the platonic ideal of a manipulation case – buy stock, create the illusion of value, dump stock – and a great example of why, for all the talk of price discovery and efficient markets I often engage in, securities laws matter in a very concrete way.

Phase one of Mr. Poonian's plan was to accumulate a position. Mr. Poonian and his compatriots began accumulating stock in OSE Corp, a TSX Venture listed company back in 2007. From May 2007 to December 2007, Mr. Poonian, his family and related individuals and companies acquired 88.3 per cent of OSE's shares through open market acquisitions and private placements. During this period, excluding the private placements, OSE shares were traded a grand total of 75 times at an average price of about $0.26.

The next phase of the plan was to use that position to push up the price of OSE's stock. During that period – which lasted for about two weeks between December 20, 2007 and January 2, 2008 – parties related to Mr. Poonian constituted 81 per cent of the OSE shares traded. They conducted numerous trades, often through disguised vehicles, where related parties were on both sides of the trade (a "wash trade") and would trade frequently during the last thirty minutes of trading. Amazingly, from the start of the period to the end, OSE shares increased in value by 417 per cent to $1.21 without the company disclosing any material information.

This is where you kind of have to admire the long game of Mr. Poonian and company. The 'dump' took a longer period of time. From January 2008 to March of 2009, they executed a patient but straightforward strategy of buoying up the price of OSE's shares and gradually selling them off. Over the course of the period, Mr. Poonian and his affiliates' trades were on 65 per cent of all buy volume and value and about 90 per cent of all sell value and volume. That amounted to buys of about $18-million and sells of about $25-million for a tidy profit of just of $7-million. All the while, Mr. Poonian continued his strategy of pushing up the stock price through wash trades and by fostering misleading trading activity.

To use an old adage in a slightly bastardized way, that's $7-million made off stock that wasn't backed by much more than the clear blue sky.

Oh, obviously the clients of a company that "helps" people in financial distress access funds in locked-in RRSPs and retirement accounts. In this case, Phoenix Credit Risk Management Consulting Inc. and its related companies. During 2008 and 2009, Mr. Poonian and his affiliates paid commissions totalling around $2.5-million to Phoenix who then arranged for its clients to buy OSE shares at a price often dictated by Mr. Poonian himself. On March 31, 2009, OSE's share price was $0.08, down from a high of around $2.99 per share, all without any material disclosure.

This is terrible and flatly illegal.

Legally, Mr. Poonian's actions were market manipulation by every measure. The basic test of whether Mr. Poonian created a misleading appearance of trading activity, and an artificial price for, the OSE shares was an easy pass.

There are ostensibly a lot of villains in financial markets, – HFTs who "front run" trades, skinny quants in front of glowing screens in dark rooms who conjure up complicated derivatives, amoral insiders who trade on material non-public information – but mostly, the world isn't so Manichean. All these things have their defenders — high frequency traders add liquidity, derivatives allocate risk, and even insider trading has its proponents who trumpet its price discovery property. The debate over these rules takes place at a higher level and tends to be more rarified. A case like Mr. Poonian's is a way to remember that securities laws really can be watching out for investors: they protect people from being defrauded.

Here, the victims are obvious – financially unsophisticated people in desperate straits – and the harm from the violation is very direct. Someone took advantage of them through an elaborate lie and it cost them money. They were exactly the kind of people that securities laws are meant to protect.

As for Mr. Poonian, the BCS-proclaimed "mastermind" behind this scheme, and his compatriots, they couldn't have set up a more textbook market manipulation scheme. For all my talk of super-powers earlier in this piece, it seems that Mr. Poonian lacked a more basic power: the willingness to read securities laws. 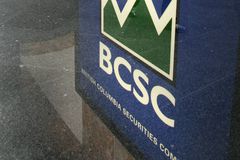 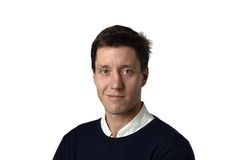 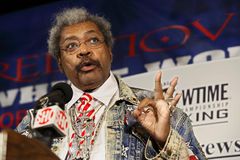