Newly hatched Acasta Enterprises Inc. took flight Thursday by announcing plans to take over three private companies simultaneously in a $1.2-billion round of deals that draw on blue-chip board connections.

Toronto-based Acasta is a special-purpose acquisition company, or SPAC, that went public in 2015. It is attempting to become a private-equity platform with a broad portfolio of businesses by bidding for an Irish aircraft leasing firm and two Toronto-based private-label, consumer-product companies.

Mr. Melman said Acasta's board relationships opened the door to all three acquisitions, as none of the three were formally up for sale. Acasta plans to acquire Dublin-based aircraft leasing company Stellwagen Finance Co. for $270-million (U.S.).

Acasta will also set up a private-label products business by buying cleaning products manufacturer JemPak GK Inc. for $135-million (Canadian) and soap and shampoo maker Apollo Health and Beauty Care for $390-million. All three acquisitions are being paid for with a combination of cash and Acasta shares, and executives at all the business are expected to become significant Acasta shareholders.

"These initial acquisitions give Acasta an outstanding platform for growth in sectors with tremendous potential," Mr. Melman said in an interview. "The acquisitions demonstrate our ability to access unique and proprietary deal flow at compelling valuations."

Acasta went public last year by raising $402-million at $10 a share and the stock closed Wednesday at $9.78 on the Toronto Stock Exchange. The company said in a news release Thursday that it estimates its net asset value will rise to between $11.50 and $14.50 a share if the acquisitions are successful.

As part of the transaction, Acasta founders plan to invest an additional $10-million in the company, at $10 a share. Acasta shareholders are expected to vote on the proposed transaction by the end of the year. If the deal is approved, Acasta expects to begin paying a 1-cent-a-share dividend.

SPACs typically use their cash and stock listing to buy a single private company and take it public. Alignvest Acquisition Corp., a SPAC that was also launched last year, used this approach last week in a well-received purchase of a U.S. wireless company.

By acquiring three businesses, Acasta is laying the groundwork for a private-equity company similar to Onex or Brookfield Asset Management Inc., with a publicly traded parent that buys, operates and sells a portfolio of private businesses.

Mr. Melman said Acasta may raise a private-equity fund to invest client capital alongside its own cash, a strategy that Onex and Brookfield have used to build their firepower. In addition, Stellwagen already manages an aircraft finance fund for institutional investors.

"We are confident that we will generate very significant value for our shareholders for many years to come by building on our initial portfolio while pursuing the acquisition of other exceptional businesses through the investment platforms or our planned private equity fund," said Mr. Melman.

The web of relationships that led to Acasta's deals are easy to trace, but difficult for a rival startup to match. For example, the Stellwagen team is made up of airline veterans from firms such as Ryanair Ltd. who are close to Air Canada CEO Calin Rovinescu, an Acasta director, and former GE Capital CEO Michael Neal, an Acasta adviser. One of JemPak's five directors, Alon Ossip, is also CEO and an investor in The Stronach Group, where Ms. Stronach is president.

Six Canadian SPACs went public over the past 18 months and raised a total of $1-billion. Under the regulations that govern SPACs, the companies need to complete a transaction within a preset time frame, typically two years, or return their capital to investors. Acasta is the fourth SPAC to announce a transaction, but none have successfully closed a deal yet, or de-SPACed, as the finance crowd calls it.

The first proposed SPAC deal, which would have seen Infor Acquisition Corp. acquire a stake in lease finance company ECN Capital Corp., was cancelled last month by the two companies after it became clear that Infor shareholders would vote against the transaction. 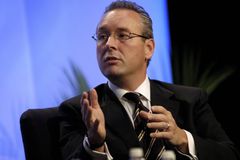 After Aritzia, Bay Street has to decide which IPO is next
Subscriber content
September 29, 2016 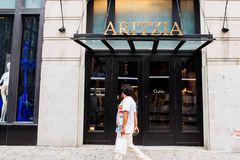 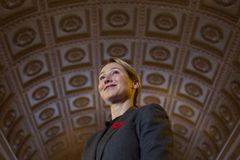