A year ago, two enterprising Toronto finance types approached SickKids Foundation with an idea – start an investment conference modelled on hugely influential U.S. value investor gatherings and use it to raise money for The Hospital for Sick Children. A lot of money. Maybe as much as $1-million.

Those in the audience would pay up to hear the best ideas from high-profile investors at a conference called Capitalize for Kids. The investors, such as hedge-fund managers, would get a chance to speak to Canadians who might put money in their funds. And the proceeds would go to help SickKids.

Grant Stirling, the foundation's chief development officer, was won over by the founders audacity in their first meeting, which took place in Pangea Restaurant in midtown Toronto.

"Audacity really captures it," said Mr. Stirling. "They quickly won me over and my natural skepticism because they came with not just a good idea but a good business plan. When two guys come forward with a big plan and a realistic time frame on which to deliver, on that basis, how could I say no? I became an advocate and fan right from that first meeting."

It was audacious, especially considering the guys pitching the idea were not chief executives or particularly high profile. One, Jeff Gallant, was an analyst and portfolio manager at Alignvest Management Corp. The other, Kyle MacDonald, was an equity analyst, covering banks for Veritas Investment Research. But they had an idea that they called "Doing Well by Doing Good." Mr. Stirling was a quick convert.

Twelve months later, the conference is ready to roll. Over two days in October, 18 investors will present their best ideas. Speakers include widely followed money managers such as Guy Gottfried of Rational Investment Group, billionaire Marc Lasry and Jeffrey Smith of Starboard Value.

The conference is modelled on U.S. gatherings such as the Sohn Investment Conference, which raises money to support treatment of pediatric cancer. The Sohn conference draws speakers such as Bill Ackman, Daivd Einhorn and Paul Tudor Jones.

"We follow these conferences religiously," said Mr. MacDonald. "Some of the ideas that come out of them are fantastic if you can act on them quickly."

The men had chosen SickKids as their charity for a few reasons. Mr. Gallant had a connection: He had eye surgery there as a kid. Mr. MacDonald had been looking for ways to get more involved in the community after moving to Toronto from the East Coast, and gravitated to SickKids.

The pair were brainstorming at a bar about how they could raise money when they hit on the idea.

There was no similar conference in Canada, leaving a gap that they could try to fill.

"What Jeff and I wanted to do was jump in for our cause, SickKids, before someone could jump in on a for profit basis," said Mr. MacDonald.

The next step was getting investors on board to speak. The draw for potential speakers is a chance to be heard by big funds in Canada, such as Canada Pension Plan Investment Board and Ontario Teachers' Pension Plan. Those Canadian investors might be suitably impressed enough to put money in an investor's fund.

"If they can pitch a really good idea that people can get excited about, potentially not only could they come to Toronto and help a charity but potentially walk away with a cheque," Mr. MacDonald said.

Mr. MacDonald and Mr. Gallant tapped their networks and despite their status as relative unknowns, soon started lining up speakers. Even those who couldn't come supported the idea – three who couldn't make it put up $45,000 of their own money for SickKids.

Seats are $2,500 apiece. In addition to the conference, buyers get access to an ongoing research portal where partner firms such as Veritas and SumZero can put up their best ideas.

The 450 tickets for the gathering are about one-quarter sold in the first three weeks that sales have been open. All the costs are covered by sponsors, so the $1.1-million that would come from a sold-out conference would all go to SickKids.

The money is headed for the hospital's Centre for Brain and Mental Health. That's an area of the hospital that requires many millions more in funding to reach its full potential, said Mr. Stirling.

If the pair can pull it off, they will have created from scratch one of the biggest fundraising events going for SickKids, said Mr. Stirling. There are about 1,300 events a year that raise as much as $18-million in total.

"If they deliver, they will absolutely be one of those top events," said Mr. Stirling.

And if the investors deliver good ideas that attendees can make some money on, Capitalize for Kids should easily live up to the founders' credo: Doing well by doing good. 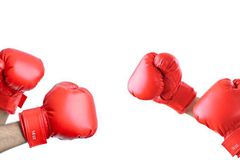 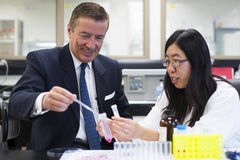 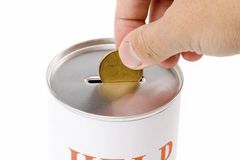