After Bell Canada bought out Virgin Group's share of Virgin Mobile in 2009, the telecom upstart's CEO Andrew Black turned to Virgin's billionaire founder Richard Branson for career advice. "He said, 'You're really good at starting companies,'" recalls Mr. Black, who had previously led Lego's Americas business and held senior roles at Nike and Dr Pepper/Seven Up. "'But don't do one, do three or four a year. That's what I used to do.'"

Mr. Black, 53, has parlayed that advice into a growth capital firm with a different bent than typical tech-focused venture capital outfits. His Toronto-based BrandProject, which raised $12-million from investors in 2013, has financed several consumer brand startups in Canada and the United States, some with no tech angle at all. He's backed a firm that home-delivers gourmet, ready-to-prepare meals (Chef's Plate) and an online fashion content company (The Coveteur). One makes power drinks (Rumble), another caffeinated chocolate (Awake Chocolate), and Owlet produces "smart" baby booties that measure an infant's heart rate.

If there's one way BrandProject is similar to other top VC firms, it is this: Revenues at its companies are growing fast, and other early-stage investors have followed its lead. Eight of BrandProject's companies have raised follow-on venture capital from such big names as Khosla Ventures and Highland Capital. Two – Toronto mobile content platform Push Life and online privacy firm SurfEasy – have been sold. Five are seeking new financing this year. (Two haven't made it.) Mr. Black said 85 per cent of the firms he has backed are on track to surpass $10-million in annual sales. While he won't disclose figures, the Business Development Bank of Canada's managing director of fund investments, Dominique Bélanger, who invested $3-million in BrandProject, said: "We're very pleased with the financial returns."

That success has led to investor calls for a sequel. So Mr. Black and his team of seasoned operators – including co-founders Andrew Bridge and Jay Bhatti and chief creative officer Stanley Hainsworth, former vice-president of global creative for Starbucks – are gearing up to raise new funds this year. "We are looking to more than double our first raise, and we have lots of investor appetite," Mr. Black said.

BrandProject's experienced brand-building principals take a hands-on approach to adding value. They effectively join the management of investee firms, helping with everything from negotiating contracts to building websites and guiding strategy. "I'm almost like a supercoach," Mr. Black said. "We put our necks on the line – we're all-in with our founders."

Jamie Shea, co-founder of Chef's Plate – which expects to more than double its staff to 150 and expand nationally from its Ontario base this year – calls Mr. Black "the fundraising king. He's helped us look at how we structure the business, how we quantify and follow customers, and in taking a critical look at metrics. They like to get really involved in the brand-building side of the business."

Mr. Shea launched Chef's Plate in 2014 with roommate and friend Patrick Meyer. They quickly expanded from their Toronto home to a fulfilment centre in the suburb of Etobicoke, where they receive ingredients sourced from farmers and box them into exact portions that they send by FedEx to customers in refrigerated packaging for $10.95 a serving. After taking a seed investment from BrandProject, the firm raised $2-million last fall led by New York-based Emil Capital. "What caught our eye was how smart the model is, and how right it is for the Canadian consumer," Mr. Black said. "We knew we'd work well together with the founders, and we knew our team had the operational experience to scale the business quickly."

The BDC's Mr. Bélanger said: "The fundamental is all these companies have a great recipe, but not the right form-factor, or branding, or [they have not] targeted the right audience. [BrandProject] goes in, works with the founders and reinvents the business. When they do, there's tremendous impact."

While BrandProject invests up to $500,000 a company in early stage financings, the new money would be geared toward larger cheques in later capital rounds. Mr. Black said his team is evaluating whether to set up a stand-alone fund or sell equity in the existing "evergreen" BrandProject partnership, which isn't structured like a typical limited-life VC fund but rather has no end date, and both repays and recycles funds as investments are monetized. 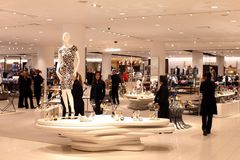