Facing a backlash from angry shareholders and coping with tighter lending rules at the banks, global miners are aggressively pursuing alternative avenues to finance their projects.

The primary source of new funds: the bond market. Miners both big and small are turning to fixed-income investors to get their hands on new cash, raising $113-billion by selling new bonds in 2012, up from about $80-billion the year prior, according to Ernst & Young.

In large part, the shift is spurred by miners being shut out of equity markets. Shareholders are fleeing the sector as project development costs soar, and as a slew of major miners write off tens of billions after pursuing aggressive acquisitions. The S&P/TSX materials sub-index, comprised of miners of all metals, is down 25 per cent in the past year.

At the same time, banks around the world are now dealing with stricter capital rules, prompting them to slash the amount they lend to the risky mining sector. The total amount that miners borrowed through syndicated loans fell last year to $106-billion from $187-billion in 2011, according to E&Y.

This new world is forcing miners to find creative financing options. Not only are they turning to investment-grade bonds in droves, many Canadian miners are pursuing high-yield debt, paying coupons north of 6 per cent to obtain new cash.

More major miners are also contemplating selling metal streams. When digging for gold, a miner is bound to uncover some silver or copper and these secondary metals can be unloaded to intermediaries such as Franco-Nevada Corp. in return for cash. Just last month Brazilian giant Vale SA raised $1.9-billion by selling its gold streams to Silver Wheaton Corp.

Justin Cochrane, an executive vice-president at Sandstorm Metals & Energy Ltd., which buys such streams, says more high-profile miners are weighing this option. "The quality of the opportunities that we're looking at has really improved," he said.

Miners have uncovered some attractive options in their search for funding alternatives. The average coupon on five- to 10-year U.S. dollar notes issued by investment grade miners, for instance, dropped last year to 3.9 per cent from 4.7 per cent in 2011.

And even if investors were willing to buy miners' shares, streaming is a much cheaper way to raise capital right now. Mining stocks are depressed, so issuing new equity would give the buyers a hefty stake of each ounce or pound of metal produced.

The high-yield market is another source of funding, although it hasn't been cheap. From Labour Day to the end of 2012, Canadian miners raised almost $4-billion in the high-yield market, with borrowers including Inmet Mining Corp., Thompson Creek Metals Company Inc. and New Gold Inc.

Despite the new avenues, miners raised much less money overall in 2012, the first time the total amount of new capital had fallen since 2009. Driven by less loan money and much weaker equity markets, the total amount raised last year fell to $249-billion from $340-billion in 2011, according to Ernst & Young.

This environment, coupled with more conservative growth plans, has forced miners to scale back their growth plans. Barrick Gold Corp. has deferred some $4-billion in capital spending since last July.

Acquirers, too, are also much more conservative. Felix Chee, the head of China Investment Corp.'s Toronto office, is much more cautious today.

"It is increasingly mission-critical to do your homework upfront," he told E&Y, alluding to the flurry of writedowns and uncertainty in the mining industry. "While you may come across opportunities available at an attractive valuation in a volatile environment, more in-depth due diligence is often required. The uncertain global economy, coupled by a capital-constrained environment, will likely result in more M&A opportunities. The question is whether buyers would have the courage to do the deals." 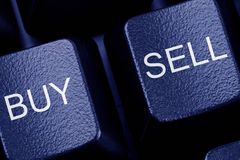 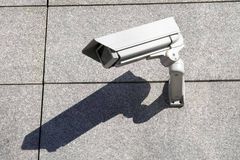 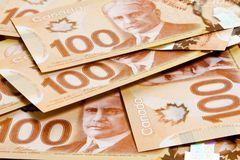