A top official at the Ontario Securities Commission says the Bank of Canada "has its head in the sand" on cryptocurrencies such as bitcoin and ether, making it harder for the provincial watchdog to regulate investment activity in the area.

Speaking to a crowd of anti-fraud professionals at an industry conference on Monday, OSC enforcement head Jeff Kehoe said the central bank's failure to decide whether or not cryptocurrencies are actually currencies or not has created challenges for the regulator.

The OSC is working to determine how to classify new cryptocurrency offerings, which are known as initial coin offerings, or ICOs. A number of companies have raised money from investors through ICOs without the usual disclosure that is provided to investors in securities, such as a prospectus that outlines the risks.

"Our own Bank of Canada still has its head in the sand a little bit because it has not ruled whether some bitcoin or ethereum product actually is currency or not," Mr. Kehoe said during the ACFE Fraud Conference Canada in Toronto. The ambiguity around the legal status of cryptocurrencies allows some proponents to claim that they are not securities, and therefore should not be regulated by the OSC.

"So we're learning, we're struggling a little bit here and there, but we're trying to step up as quickly as we can," he added.

The BoC declined to comment on Mr. Kehoe's remarks, but a spokeswoman said that senior deputy Governor Carolyn Wilkins did recently provide some clarity on the bank's position.

Speaking at a financial-industry conference in Toronto earlier this month, Ms. Wilkins said bitcoin and other cryptocurrencies are currently treated as commodities.

"They're subject to capital gains and losses tax treatment," Ms. Wilkins said at the time. "They're subject to FinTRAC, you know, in terms of looking for any money laundering and all that, and we don't consider them to be money because they don't meet the fundamental qualities of that."

Some early-stage companies have managed to raise millions of dollars in minutes by selling digital tokens or coins to investors online. The tokens, which are built upon blockchain technology similar to the technology that underlies bitcoin, typically promise access to a platform that is being built.

The Canadian Securities Administrators issued a staff notice in August that said it will determine on a case-by-case basis, using a four-part test, whether a particular coin or token offering is a security or not.

If an ICO is deemed to be a security then that makes it subject to securities laws. The company issuing the token would be required to provide a prospectus and register as a dealer, unless it obtains an exemption through the CSA's regulatory sandbox.

In a follow-up interview with The Globe and Mail, Mr. Kehoe said the lack of regulatory clarity from the federal government and the central bank makes it tough for regulators to determine how to classify token offerings.

"One of the challenges is that the feds and the Bank of Canada have not come out with a position as to whether bitcoin, ethereum or any other coin is in fact currency, and that makes the whole space more challenging right now," Mr. Kehoe said. "If in fact many of the players in the space are arguing that this is not a security but rather it is currency, then any sort of guidance in terms of what is and is not currency would be helpful." 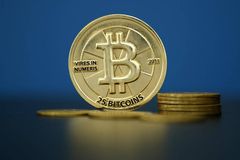 Chaos and hackers stalk investors on cryptocurrency exchanges
September 29, 2017
A bitcoin ETF may be the next big thing on U.S. exchanges
October 19, 2017 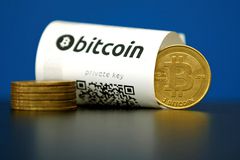